How do you assess if your child is ready for a particular sport? Here are three categories to evaluate your child against, along with four guidelines for implementing a new sport or skill. 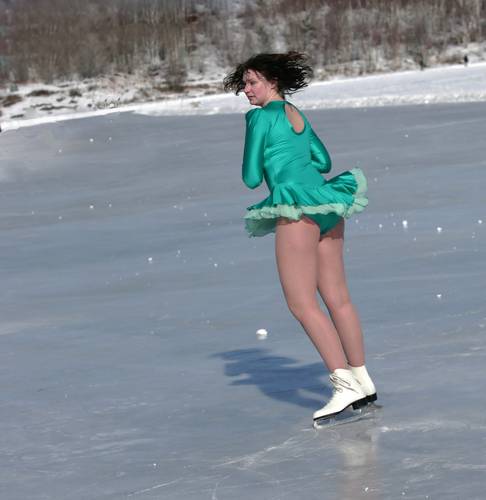 In just a few weeks, the Sochi Winter Olympics are going to start, and the world will be amazed at the feats of athletes as they twirl, jump, slide, spin, and propel themselves in ways and at speeds that few of us can begin to imagine. Most of the athletes you will see in the Olympics started their respective sports at a young age. Mao Asada began figure skating at the age of five. Shani Davis began roller-skating at age two, and was speed skating by age six. Shaun White, “The Flying Tomato,” was earning the attention of professional skateboarding legend Tony Hawk at the age of nine. But even with all the youth in the Olympics, there are rules on minimum age. After Tara Lipinski won gold at the 1998 games at the age of fifteen, the International Skating Union (the governing body for figure skating) instituted what has become known as the “Lipinski Rule” stating that athletes must be fifteen by a certain date to be eligible for the Olympics or Senior World Championships.1 Similar rules exist in gymnastics, swimming, and in some martial arts. Meanwhile, other sports have no specific age restrictions.

This leads to the question, when is a young athlete ready for certain techniques? Some critics point to Tara Lipinski’s numerous hip problems (her professional competitive career ended in 2002, only four years after her gold medal in 1998) as the result of too many high-impact triple jumps sustained at too young an age. Even within similar spots, one branch might allow certain techniques, while another does not. In competitive judo, all chokes are banned in competition under the age of thirteen and arm bars are not allowed until the age of seventeen.2 Meanwhile, Brazilian jiu jitsu sometimes allows certain submissions as early as four years old.3 And of course, the age-old debate of children and weight training rages on, with coaches on one side holding to the idea that youngsters shouldn’t use barbells until their teens, while the other side points to Chinese “schools” that have children as young as eight years old doing snatches, cleans, and front squats with weights that would make many adults sweat. It can get a bit confusing, to say the least.

So, what is a parent to do? The best thing to do for a young athlete is to evaluate them in the following three categories:

Is your child’s body physically ready for the activity? Children mature at different rates. In baseball, some children cannot handle the shoulder stresses of learning to throw curveballs and other off-speed pitches until their high school years. Sadly, many coaches and parents don’t recognize this, and the result has been a large increase in shoulder and arm surgeries on children. Some children are not ready for the intense joint stresses that come with competitive gymnastics, the pounding of football, or being a competitive swimmer. My own cousins were both Junior Olympic volleyball players until back and shoulder problems retired them before they finished high school. Rushing into an activity the child is not physically ready for will do nothing but set him or her up for failure down the road in the form of (sometimes permanent) injury.

Children may be physically able to handle the stress of an activity or sport, and they may want to do the sport, but if they are not able to handle the mental discipline of what it takes at a certain level in the sport, then they aren’t ready yet. For your little Olympic-hopeful figure skater, discipline can mean waking up at 5:00AM six days a week to get in ice time before school and then another two hours after school. For your wrestler, it means foregoing outings with friends to the local burger joint for months on end. This is perhaps the biggest challenge for kids. The list of potential sport world champions who didn’t make it due to mental issues is longer than the New York City phone book. 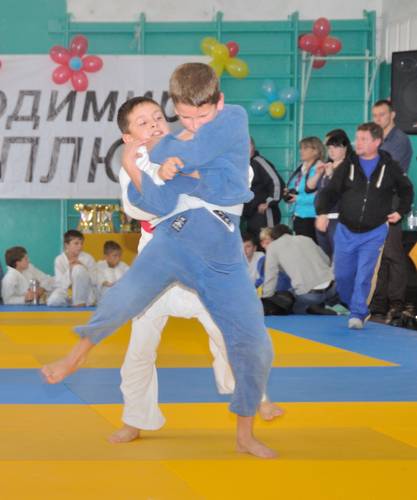 So, let’s say that your kid is fine all three categories. He or she is physically, emotionally, and mentally ready for the activity, or the technique within an activity. What now? As both a coach and a parent, I offer the following hints:

So your kid is ready to try that cool skateboarding trick. Great. No need to drop them down the X-Games ramp tomorrow. Take it slow. To borrow a phrase from weightlifting, “Leave two in the tank.” Better to take an extra month to learn how to do that trick, throw that curveball, or tackle properly, than to cut a career short due to preventable injury.

I understand. I look at my own son and think, “When he’s got that NFL contract…” or, “When he is deadlifting a Volkswagen…” but that doesn’t mean I need to start living through him. It’s tough. Coaches know even one successful and famous student or team guarantees them a job for years (and sometimes even a career). Players want to emulate their heroes as quickly as possible. Meanwhile, someone has to watch out for the player. That’s your job. You sometimes have to be the bad guy and protect your child. Yeah, it sucks, and if your athlete is a teen or pre-teen, you might be in for some epic tear-filled rants that probably should be on the CW network. But, that’s your job as a parent. 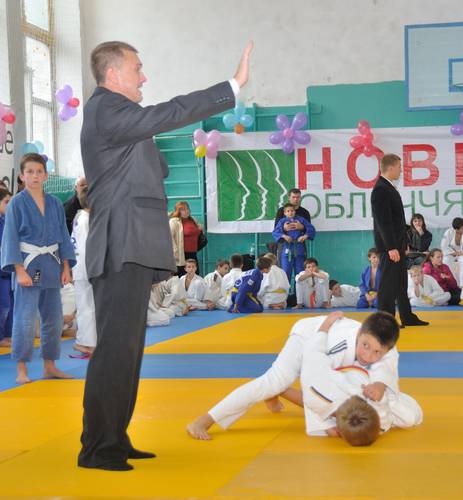 The worst feeling I ever had in judo was a match I had soon after I came to Japan. The young man across the mat from me was skilled on his feet, but when we hit the mat, I quickly took his back and sunk in a deep kata-ha-jime, or chicken-wing lapel choke. I held the choke until the ref stepped in, with the other player never tapping out. After the match, I saw the young man crying and holding his throat, which bore a startlingly scarlet abrasion from his collar. I learned he was only fourteen years old and in his first competition that allowed chokes. His teacher had not even taught him when to tap out. He was sent into the tournament woefully unprepared. Prepare your child ahead of time. If competition rules allow something at age ten, start your child learning them at age nine. If your child isn’t ready at that time, then delay competition until he or she is ready.

There is a time and place for an athlete to go Hulk Smash and let technique slide a bit in favor of unadulterated physical intensity. If the heavyweight championship of the world is on the line against Apollo Creed, then, “Go for it, Rock!” That being said, children’s competition isn’t that time or place. This is especially true when we are talking about things such as weight training and contact sports such as martial arts and football. It might make for slow progress in the early years, but the strong foundation of technique that such training lays down will pay dividends for years to come.

So, is your child ready? As I said, evaluate your children using the three areas I talked about above in the realm of their sport, and then follow the four guidelines in implementing new activity or skill. Not only will you find your child will continue to enjoy his or her chosen activity for years and years, but he or she will experience both physical and emotional benefit.