A Weightlifting Etiquette Handbook for CrossFitters

Just because we may have pumped a little life into weightlifting, doesn’t mean we get to trample on its traditions. 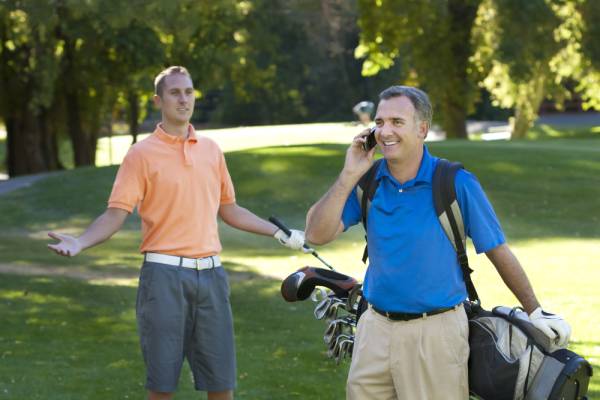 Dear CrossFitters: I love you, know I do.

But also know that our weightlifting cousins look at us and our grip-and-rip weightlifting technique as the Cousin Eddies of the sport. While they hone their craft in a world of etiquette-influenced finery, we come across as the already-drunk relative who shows up at the wedding reception wearing a motorcycle jacket and chains.

What CrossFitters Can Learn From Weightlifters

Sure, CrossFit as a movement has certainly helped to revive a level of interest in the sport of weightlifting, and that is great. But just because we may have pumped a little life into the sport, doesn’t mean we get to trample on its traditions.

When Katie Chasey wrote about weightlifting etiquette a lot of people were up in arms at many of the suggestions in that article. There was a good deal of “good Lord, just lift for crying out loud” push back. As if sports etiquette is somehow a foreign concept to us CrossFitters.

READ MORE: 10 Rules of the Lifting Platform That Apply to Everyone

It shouldn’t be. Just because we train in converted warehouses and use the same bars for our snatch one-rep-max as we do for “Fran,” even though we’re “underground” and “beastmode,” doesn’t excuse us from the basic courtesies of the sport of weightlifting. Even in the world’s most unholy of bowling alleys, you still don’t throw at the same time as the person next to you, and on the shittiest golf courses you still don’t step on someone’s line.

We can learn much from weightlifters. What we learn only elevates the sport of CrossFit, so why not do it? With that, I give you the 2014 Weightlifting Handbook for CrossFitters:

Claim Only a True Personal Record

We all know that CrossFit has its own version of a “good rep” and for competition it’s whatever the rules will allow. Fine. If you are competing in some sort of throwdown (or even at the CrossFit Games) and press-outs are allowed, then by all means, accept that rep as a good rep. In Grid, for example, you can press a snatch out even if it hits you in the head:

When you are training lifts at your box, though, you need to hold yourself to a higher standard. Ask yourself, “Would this get at least two white lights?” If not, then don’t put that record up on the wall.

“Ask yourself, ‘Would this get at least two white lights?’ If not, then don’t put that record up on the wall.”

If you snatch the bar and spend six seconds fighting to press it out, don’t count it. If you snatch your new personal record and fail to control the bar, don’t count it. (Even if you drop it in celebration. I have seen a lot of video where the bar comes flying down as part of a celebratory dance before control is ever maintained). If you go down onto your knees, don’t count that lift. If you chase your snatch halfway across the room, don’t count it.

Here is a link to the basic weightlifting meet rules. I suggest you hold yourself to this standard when claiming your records.

Here is where weightlifting is a lot like golf. When even the best golfer in your foursome is having a bad day, someone, usually the worst golfer in the bunch, feels absolutely compelled to offer his or her two cents. “You looked up” or “Try turning your club head in a bit.” This usually results in the critiqued golfer developing an inner rage that can only be requited with Scotch.

If some other person in the box wanders by and says, “You’re bending your arms early,” chances are, I already know that. The drive-by coach usually knows little about your skill level, technique, typical game, and overall ability. Why would it be acceptable to coach someone in that vacuum?

There are some unwritten rules to which we should religiously adhere. One of them is that the platform is sacred space when another lifter is using it. This tends to include the two- to three-foot radius around said platform, as well. 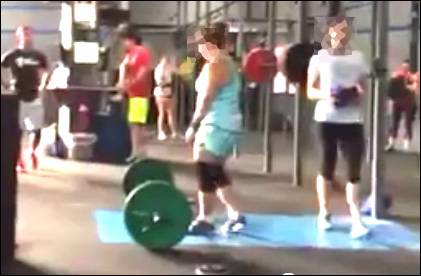 Faces blurred to protect the guilty.

Never walk across someone’s platform, even when he or she is not on it. It’s rude. Never cross over a platform for chalk, plates, or because it’s the shortest distance between two points. Never hang out behind someone on his or her platform, even if you’re sharing a bar. Wait off to the side for your lift.

When in Doubt, Freeze

It’s pretty obvious when people are in the early phase of their progression. Often, these athletes will be chatting, interacting, and doing multiple reps as they warm up to a heavier weight. But you should notice a subtle shift in demeanor as they begin to approach max effort weights. The chatting stops, they may begin their rituals of stomping or smacking themselves, etc.

“Never walk across someone’s platform, even when he or she is not on it. It’s rude.”

That’s when you need to be keenly aware of respecting another athlete’s space. As someone prepares for a heavy lift, just stop. You can put that five-pound plate away ten seconds from now. Do not cross in front of a lifter when he or she is executing, or create any sort of distraction. Think golf. And of course, avert your eyes if he or she misses so as to avoid any awkward glances. 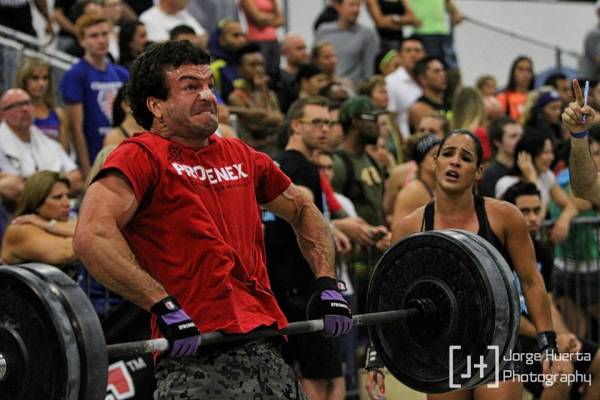 Leave the Women’s Bars for Snatching and Cleaning

Women’s bars are 25mm in diameter and men’s are 28mm. This diameter difference is for one purpose only: to allow a hook grip for those of you who have smaller hands, as is usually the case with women versus men.

Since you don’t need to hook grip when performing squats, then when it’s time for the squat portion of your training session, put the 25mm bar back in the rack for someone else and use a men’s bar.