Barefoot Basics: How to Regain Your Footing

Learn how to walk again outside the confines of shoes for stronger, healthier feet. 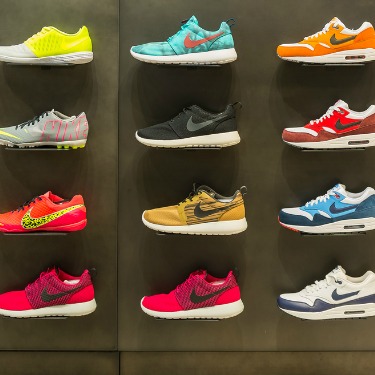 Most humans have essentially lost their ability to support themselves without secondary support, either because of poorly developed biomechanics or underlying health problems. Walking or running barefoot is an ideal way to improve your proprioception (sense of position) and kinesthetic sense (the feedback your nervous system receives from your feet).

Natural, unaltered motions of the human body provide optimal neurological input resulting in optimal biomechanical output. That’s just a fancy way of saying, “The better you allow your body to move, the better it will let you move.” Natural movement starts with removing anything unnatural between your feet and the ground.

RELATED: Train Barefoot to Increase Your Lifts and Avoid Injury

You may not wish to go barefoot, but you should be able to. If you’ve been wearing traditional shoes for some time, you will need to gradually transition into barefoot, but a healthy person can achieve this feat. You have to work your way toward barefoot just as you do health – they are both processes.

Most footwear, and especially inserts such as arch supports and orthotics, negatively alters nerves called mechanoreceptors. Mechanoreceptors are sensory nerve receptors that respond to mechanical stimuli, such as pressure, touch, and movement. You want as much healthy sensory stimuli getting to your nervous system, which includes your brain, as possible. This is what awakens and vitalizes your nervous system, and this is accomplished by interacting with your environment.

“If you’re wearing orthotics, talk to your prescribing doctor about weaning out of them so you can walk naturally again and not support your dysfunction – that’s essentially what orthotics do.”

But there is a fine line between too much and not enough sensory stimulation, and the source from which those signals come matters, too. Many people are already in such a state of sensory overload from excessive lifestyle stresses that they can’t tolerate walking barefoot because the added mechanoreceptor stimulation and kinesthetic sense excites their nervous system too much, too fast.

So people dampen this system with either conventional footwear or orthotics, and they feel better for it. But dampening the mechanoreceptor activity because of too much external “noise” is not the way to correct the problem. It just temporarily hides it. This is not much different than calming your nervous system with alcohol at the end of a long exhausting day at work. (Please, no comments saying I’m linking orthotic use to alcoholism.)

PROPRIOCEPTION IN TRAINING: How to Cure a “Motor Idiot” 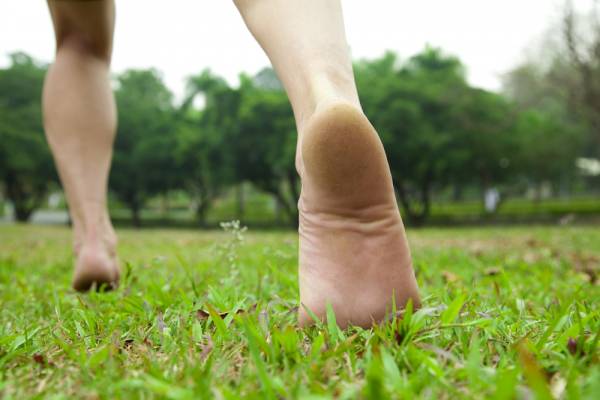 Many people wear orthotics or various types of “arch supports” because they either have flat feet or pain in their arches. Some people have never fully developed the arches in their foot, often due to poor footwear. Many adults have what appears to be an arch when they are non-weight bearing, but the arch flattens or fatigues when they stand due to muscle, tendon, and ligament weakness in the lower leg and foot.

“Most humans have essentially lost their ability to support themselves without secondary support, either because of poorly developed biomechanics or underlying health problems.”

To truly strengthen the entire foot and all the arches, it’s important to position the foot correctly at all times. This means the heel should be flat on the ground, as should the forefoot (think barefoot or zero-drop) and the toes should be allowed to naturally splay apart. Typical shoes with a heel higher than the forefoot and a narrow toe box will only further weaken the foot and arch, especially with the addition of an open-space arch support or orthotic. This all means your movement will be anything but natural.

Yes, too many people are getting injured by switching from their current footwear to minimalist footwear or even barefoot. This gives the traditional medical doctor, podiatrist, or therapist reason to believe that humans today are not meant to be barefoot and that we need to protect our feet with more supportive shoes. 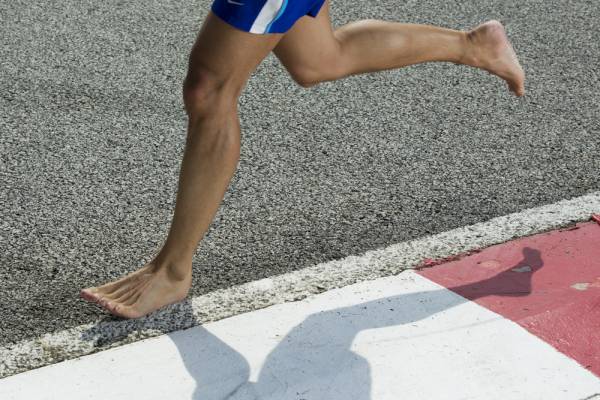 I get a fair share of hate mail from these people who think that because we don’t live in wild jungles we need support on our feet to get through the day on our unnatural surfaces. Of course, I don’t agree with this, but the typical unhealthy person who has always worn supportive footwear or orthotics can’t make the shift in a drastic manner. Many of them do, and subsequently get injured. When the doctors and therapists see these people in their office, rather than educating the patient on overall health, (diet, lifestyle, and foot care), they convince him or her that going barefoot is evil and humans need shoes all the time.

“If barefoot is bothersome to you outside then use a minimalist shoe at first.”

You must transition to barefoot slowly and carefully so you do not become injured. Start by walking barefoot inside your house as much as you comfortably can. Natural movement doesn’t necessarily need to be difficult or strenuous. If it’s painful, then you can start with a minimalist-type (transitional) shoe and eventually work out of those toward being barefoot. It’s okay and often advised to alternate between your current traditional shoes and a minimalist shoe/barefoot if you have pain.

READY TO GET STARTED? 2 Rules For Beginning Barefoot Running

If you’re wearing orthotics, talk to your prescribing doctor about weaning out of them so you can walk naturally again and not support your dysfunction – that’s essentially what orthotics do. If your doctor doesn’t think it’s possible for you to rehab your feet in such a way, then I’d find another doc, unless your situation truly warrants a supportive device (which is rare).

Once you can comfortably walk barefoot, then work on MovNat balancing drills depending on your current skill level.

Next, venture outside onto hard, smooth surfaces such as a driveway. Yeah, that might not be natural, but you can’t just head into the woods barefoot if you’re used to living in a zoo-human world. Slowly build up barefoot time as comfortably as you can. Eventually make your way onto other surfaces such as grass and gravel. Of course, make sure these areas are safe to walk on. If barefoot is bothersome to you outside then use a minimalist shoe at first.

After you’re walking barefoot outside comfortably, then try a bit of barefoot running on a flat, hard surface. Don’t do too much at first or you’re likely to quickly develop sore feet and calves, and nobody wants to hear your whining.

Over time, your body, especially your nervous system, will thrive more than you could ever expect.