I’ll show you how it is possible to generate the same wattage using an easier gear with the added benefit of sparing glycogen. 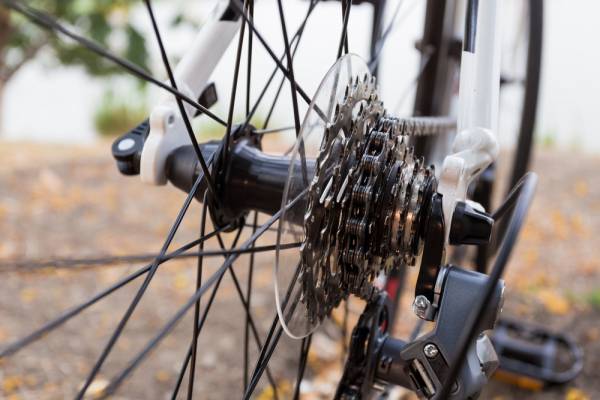 At a recent velodrome session a number of athletes appeared to be grinding or pushing big gears. When asked why, they said that bigger gears allowed them to generate higher watts. As a simple test I asked them to drop down two gears (i.e. an easier gear) and to try and average a cadence of 95rpm for the interval.

After the interval, the cyclists said it was much easier (a much lower perceived rate of exertion), but when we looked at the Garmin reading the watts between the “easy” (95rpm) and the “grinding” (80rpm) session were the same. In fact, some of the athletes generated a higher power output during the easier interval.

Let’s look at some physics to explain this phenomenon. The measure of power is a watt. In simple terms this is the rate at which work is done.

Okay. So what is work? Work is the effort (force) to cover a particular distance. In other words:

So, now that we know what work is, we can plug this back into the original formula:

Now, let’s add a third concept – velocity. This is more commonly called speed and a higher rate of speed is what all athletes are seeking.

Within a speeding bike there are two other speed variables besides forward velocity – the cranks (cadence) and the wheels (rotational mass, which is a whole different discussion on why overall wheel weight isn’t the most important factor in wheel speed). So we know our velocity has to do with distance and time (think kilometers per hour or meters per second). Thus:

If we plug this back into our formula we get: 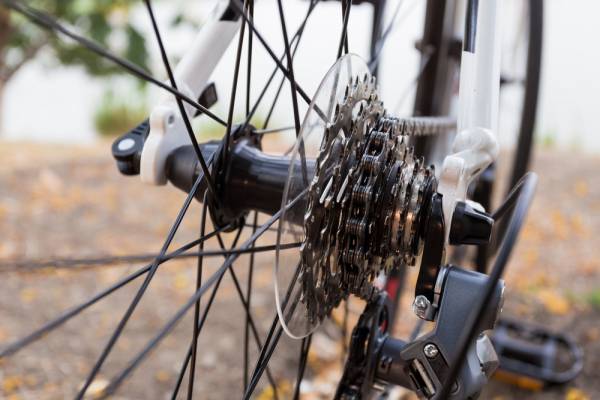 The Problem With a Lower Cadence: Fatigue

Force is limited by the fatigue factor of the type 1 muscle fibers. As we progress to using more type 1 fibers for a lower cadence, our rate of fatigue increases and, as shown later, glycogen consumption also increases. But if we use the same force and increase our cadence, then our wattage goes up as was demonstrated at the velodrome and proven by physics.

If you look at the Tour de France riders, you will note they sometimes run very easy gears. Riders like Alberto Contador run a 27-tooth cog on the rear and often compact or mid-compact cranks that have smaller front chain wheels. This allows him to maintain a higher cadence when climbing.

So, why does it matter if you use a high cadence or a low cadence to generate the same power output? Two reasons:

The Problem With a Lower Cadence: Glycogen

In a recent study at University of Wisconsin and the University of Wyoming, eight experienced cyclists were asked to cycle at an intensity of 85% VO2 max for thirty minutes under two different conditions.

In one case, the cyclists pedaled at 50rpm while using a high gear. In the second case, the athletes pedaled in an easier gear at 100rpm. The athletes’ oxygen consumption rates were nearly identical in the two cases, and heart and breathing rates, total rate of power production, and blood lactate levels were also similar. But athletes broke down the carbohydrates in their muscles at a greater rate when the 50rpm cadence was used, while the 100rpm cadence produced a greater reliance on fat. 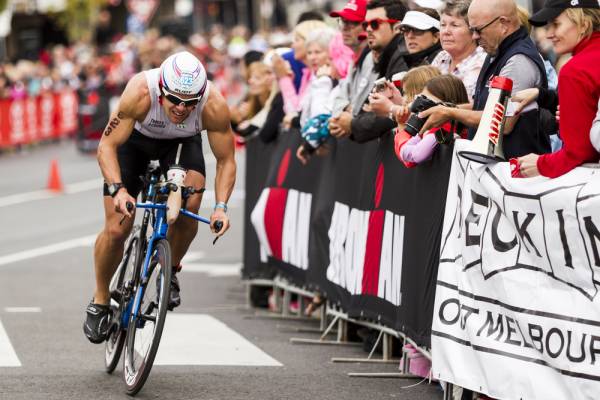 As glycogen stores are limited, using a lower cadence means this store is depleted quicker. Not what endurance athletes like Ironman or Ironman 70.3 athletes want.

A lot of studies on cadence are based on cyclists – not triathletes. Typically, good runners use a cadence of around 92-94 (188 steps per minute). By using a higher cadence on the bike, more closely matched to his or her run cadence, a triathlete is better able to maintain a natural body rhythm and more consistent nerve-firing patterns.

It’s a common misconception that big watts require big gears. But, as can be seen, it is possible to generate the same wattage using an easier gear with the added benefit of sparing glycogen.