But What Do They Mean? An Analysis of Weightlifting World Records

Here is an analysis of the current world records across all age categories. I wanted to see how consistent percentages of snatch to clean and jerk were across weight and sex categories. 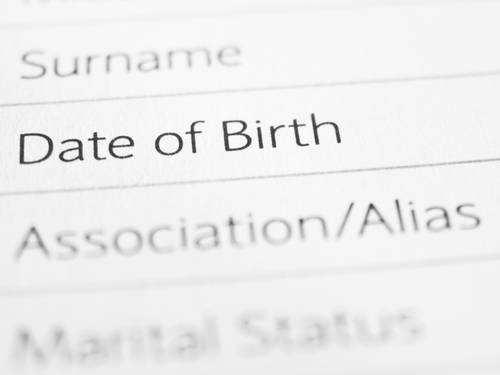 Recently, after another of my discussions with colleagues over the ideal snatch percentage of one’s clean and jerk and the comparison of men’s to women’s lifting, I decided it would be a good idea to do a little analysis of the current world records for men and women at all three age categories, youth, junior, and senior. I wanted to see how consistent these percentages (of snatch to clean and jerk) were across the weight and sex categories.

Before we start we should probably define the age groups. The International Weightlifting Federation (IWF) age rules work like they do in horseracing. The IWF uses a lifter’s year of birth not their exact birthday. They have three age categories, youth, junior, and senior. A youth competitor is allowed to compete in that age category until December 31 of the year that he or she turns eighteen. In a similar manner, a junior competitor is allowed to compete until December 31 of the year they turn twenty. The senior category includes everybody, regardless of age.

Clearly this arrangement gives a distinct competition advantage to athletes born early in the year. Someone born on New Year’s Day has virtually a whole year of eligibility compared to somebody born on New Year’s Eve. This system has been used in hockey in Canada for many years where they have also noticed that the National Hockey League draft is top-heavy with juniors born in January and February. Those born later are at a distinct disadvantage, especially in the early years of development.

My Method of Analysis

Without reproducing tables or a long list of boring statistics, I examined world records for all six age and sex categories. It was not possible to compare weight categories exactly since the sexes have slightly different weight limits. So I just compared them to the nearest category. I also eliminated any categories from my comparison that were not contested in all age categories. In addition I eliminated the superheavy categories from both in a supplementary averaging since they tend to skew things more than is desired.

The Results: The Surprising Maturity of Youth Weightlifters

The one thing that struck me was the high standard of not only junior athletes but the youth competitors as well. We see that youth women are lifting 94.2% of the senior record and their junior counterparts are lifting 97.5%. The men are not so high in the youth category, managing only 90.8%, while the juniors close the gap, lifting 97.8% of the senior world records. This shows a very competitive situation and points out the fact that in order to hold the world records as a senior, you had better be strong already as a junior. If you’re starting to lag at age eighteen and nineteen, your hopes of reaching the top are much diminished. 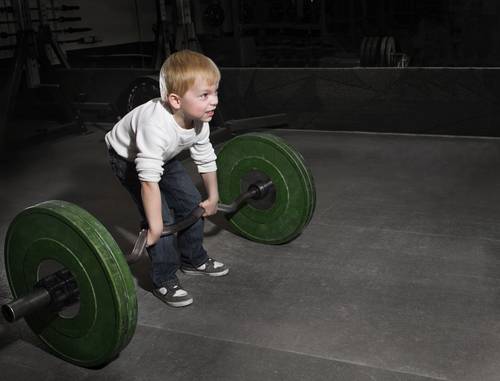 While the seventeen-year-old youth category lags behind somewhat, it is more surprising that they are as high as they are. It was long conventional wisdom in weightlifting circles (and still is in some medical ones) that one should not begin weight training until sixteen to eighteen years of age. This was roughly the age when adolescence was substantially complete and the new lifter could proceed without worrying about “stunting his growth” while at the same time taking advantage of his newfound supply of testosterone. However, to be lifting 90% of the already high men’s world records while still only seventeen or eighteen years of age implies that those lifters must have started at a significantly younger age in order to have time to develop to those levels.

A lifter simply does not get to this level overnight. These youth records obviously have to be made by someone who has already reached physical maturity, but not everyone reaches physical maturity in their teens, so some caution must still be exercised by those who have not reached such maturity. The ages of onset and completion of adolescence vary greatly among individuals and, as is well known, between the sexes as well. But what we can take home from this is still a general idea of the potential for high performance levels at an earlier age than what was once thought.

The Results: The Potential for Female Weightlifters

Now let’s look at the performance differentials between the two sexes. And here what we see, regardless of age category, is that women are lifting at 80-83% of the male world records. This is much higher than anyone expected women to be doing even a few short years ago. It is often stated colloquially that women have half the strength of men. That is inaccurate for several reasons. First, the average woman is smaller than the average man so much of that 50% discrepancy would be due to their size not muscle strength. Second, this does not take into account the differential in training between the sexes. Men as a whole have traditionally lived more active lives and therefore also developed more strength than women. These observations are of the average representative of each sex and not necessarily those who train. With training, both sexes are able to perform much better than the untrained. This seems especially true with women who are probably coming from a deficit in the first place. Training is the great equalizer. We’re now up to 80% of male performances, at least by those at the very top. Women’s records as a percentage of men’s have climbed faster mainly due to the newness of the sport. Will this 80% figure go higher in the future? 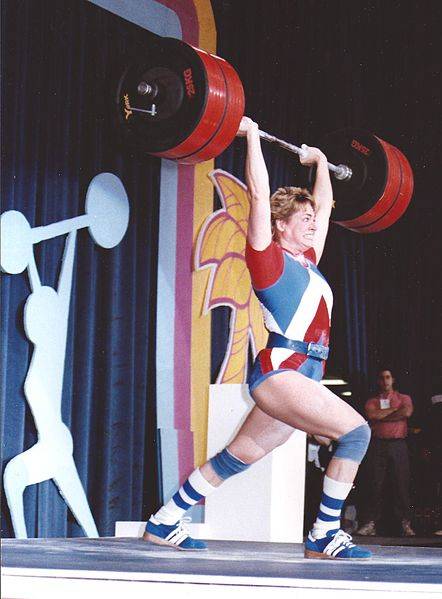 I think that it will, but I will not venture a guess as to how much higher it will go. I’m sure women’s performances will never equal male performances, but I’m still certain this percentage will climb higher than 80%. This is because we still have a relatively small number of female competitors and the sport is still growing in many parts of the world. With increased competition, records cannot help but go up. More countries are seeing the advantages of having women weightlifters. Women’s weightlifting is seen as a relatively easy metal to win by many countries, especially in Asia. Of course, as more athletes enter, the competition will get tougher, and those medals will be harder to win. But in the process the women’s records will inevitably rise. 85%? Possibly. 90%? I don’t know, only time will tell.

Definitely records in the 80%-plus range are going to be set by women who are physically gifted for weightlifting. While early record holders came in all varieties of physique, even actual ectomorphs, this will not be true of future record holders. If a woman can easily build muscle with her body type will have a much better chance of hitting those big numbers.

Why are youth-aged women lifting a higher percentage of their world records than the men? This would be due to several factors. One might be that as females mature physically on average two years earlier than boys do, the percentage of physically mature females lifting at age seventeen is higher than that of men and therefore they will come closer to senior levels. Another factor is that women retire from the sport at younger ages than men, typically due to family and marital responsibilities or job pressures. Therefore a higher percentage of women fail to reach their full potential before being forced out of the game. That in turn means that those seventeen- to eighteen-year-olds will be in a better position to match a 21- or 22-year-old’s performances.

The Results: The Snatch to Clean and Jerk Percentage

And finally, I looked at the snatch percentages compared to the clean and jerk. We see the women snatching within 1% of 80% of their clean and jerks. Men are snatching a little bit higher at around 83%, give or take less than 1%. I’m not sure why the men are snatching more. I would have imagined it would be the other way around, as women are thought to have less overhead strength. Both are snatching relatively higher than the standard of some years ago, where it was around 78%. This is mostly due to improvements in snatch technique.

In conclusion this all points to the desirability to start young and to forget about using your sex or age to explain your low performances.