Do Similar Exercises and Drills Transfer to Specific Sport Skills?

Can similar exercises and drills can transfer to specific sport skills and be effective? Or is the time better spent on exact replication of skills plus general strength?

Here we go again: another attempt to see if almost similar (sort of similar?) exercises and drills can transfer to specific sport skills and actually be effective. In this case it was a study performed in Finland with the objective to compare kinetics (study of mass motion relative to force exertion), kinematics (study of motion independent of mass or force exertion), and the extent of muscle activation in conjunction with a sprint block start, sled pulling, and various squatting and jumping exercises, namely countermovement jumps and one-half barbell squats with varied loads. In addition, the researchers sought to examine how the aforementioned exercises correlate with the performance time of the sprint block start over ten meters.

The volunteer subjects were nine male track and field athletes (four sprinters, three decathletes, one long jumper, and one triple jumper). Their averages were 24.9 years of age, 11.35 seconds in the 100 meters, and 11.8 years of experience in their events.

When the exercises were compared to the sprint block start over ten meters – in particular the force imparted on the blocks – these were the findings:

Here’s where it becomes interesting and reveals why so many attempt to replicate specific sport skills with resisted or unabated exercises:

It’s time to further dissect the results of this and offer reasonable applications. I’ve mentioned it before, but upon reviewing the proven facts on motor learning in general, specificity of skill execution, and transfer of skills, it comes down to this:

The study in question served up some very practical take-home points: 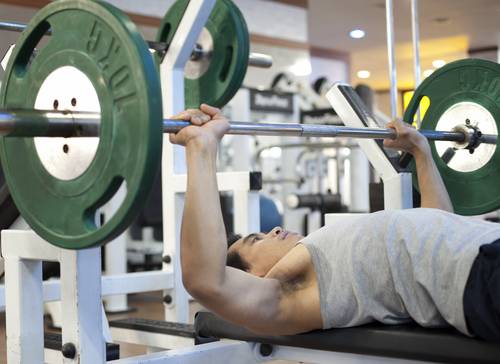 The more similar (but not exact) kinetic and kinematic expressions, the better the potential transfer. Potential is the key word here. Is it worth the time performing “almost” activities knowing there is some gray-area to those endeavors as compared to time spent on exact replication of needed skills, coupled with general muscle strengthening exercises that maximally target a greater amount of muscle tissue to fortify muscle quality?

If there is the option to perform guaranteed safe and result-producing general strength training and conditioning exercises combined with exact skill practice or perform less-effective and potentially dangerous strength training and conditioning exercises also combined with practice on exact skill practice, which would be more logical?

The amount of time spent performing the less-than-100% specific but seemingly productive gray-area exercises should be questioned as compared to the goal of 100% exact specificity.

Remember, muscle strength (and concomitant power and endurance) should be developed generally so as not to interfere with specific sport-skill development. In separate sport-skill training sessions, aim for exactness and competition-dependent needs. Replicate what you’ll be required to do when it counts.