Why is it that people freak out over a badly performed snatch or kettlebell swing, but everyone thinks it’s okay to have horrible form while using the sandbag?

Social media is an interesting beast. It gets intense. It gets heated!<strong”> I mean, have you seen someone post a barbell deadlift or clean that has gone wrong? How about a kettlebell swing or snatch with less than ideal technique?

It will be mere moments until the lynch mob is out in full force calling for people’s heads, questioning the professionalism of others, and shaming the people involved as much as possible in public forums.

I am often intrigued by the outrage people show in some of these cases and yet they completely allow others to go unmentioned or without much care. For example, the sandbag – it can be abused, it can be used without care, you name it, and it seems to defy strength-training logic. Yeah, yeah, I am the “sandbag guy,” but I am not here to convince you to use sandbags. In fact, if you don’t know how to use them I’d rather you not!

So, what is my rant all about? Just in the last week I have seen a Division I program allow their lifters to use sandbags with horrifying strength training form, only to say, “Kind of threw technique to the wind, but proud of the effort, ladies!” A separate training facility allowed people to run with sandbags with compromised posture and said, “Hey, it is supposed to be unstable.” Or how about a pretty popular training community that put a DVD out on strength and used correct technique on all implements, except the sandbag? Not to mention a few years ago a prominent strength coach wrote for a major magazine that because sandbags are unstable, there isn’t much technique needed. Wow!

Sandbag training has the potential to be a powerful and unique training medium. However, just like anything else, screw it up and don’t follow the principles and it will do far more harm than good. Why the contradiction in the industry? Why are other implements treated with the utmost respect and sandbag training is regarded with anything but? Maybe it has something to do with the outdated history of the implement. It’s hard to take something seriously as a powerful training method when its history is being a homemade duffel bag with duct tape. Or maybe it’s the fact it’s not iron. When we feel and see metal, we tend to be more aware of our technique and tendencies. However, that non-intimidating sandbag can’t be that bad, right?

A Tool Is a Tool, but They Don’t all Work the Same Way

One of the most damaging popular ideologies is the idea that “a tool is just a tool.” I get what the originators of the saying intended, but the idea has morphed into something much different. I believe the initial purpose of this saying was that the power of a tool wasn’t the tool, but how it is used. Without knowing how to use the tool, the tool by itself has little power. However, that has been changed to people thinking, “If you know how to use one tool, you know how to use them all.” 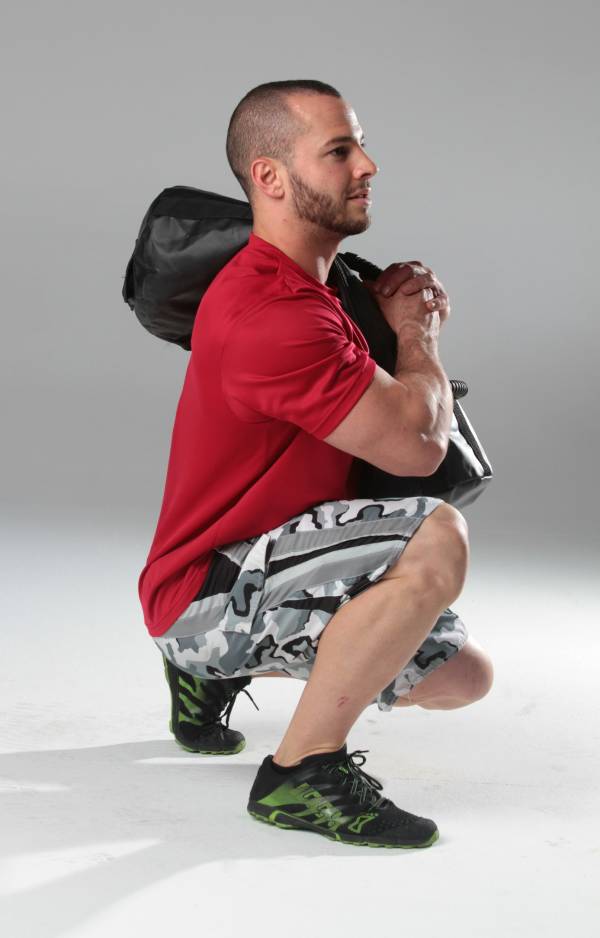 The truth is, there are movement concepts that are universal, but it is ignorant to think that every tool doesn’t have some unique attribute that has to be considered in its use. Otherwise, there would be no purpose in using different tools in a training program other than pure variety’s sake. While variety may be one reason to switch tools, it should not be the driving force for the use of any tool.

As professionals, or those seeking to achieve great results, we should use our tools because they are the best for solving whatever issue we are trying to remedy. After all, achieving success in fitness is about identifying our obstacles to accomplishing these goals and formulating how to best go about overcoming these obstacles. The right tool is part of that equation, it just isn’t the entire solution. Knowing what one tool does better than another is what helps us provide better solutions. As my colleague Troy Anderson often says, “A hammer and a drill can both create holes in a wall, but the type of hole you need is how you choose the right tool.”

Now before you go off thinking, “Josh, what is the big deal?” The value of any tool comes down to the training effect you can achieve with it. Although sandbags have been around for centuries they have rarely been the focus of fitness and strength training programs. I think most of this is due to the lack of thought provided into programming, progression, and techniques.

Don’t buy it? Let me give you a few more real world factors. In Olympic weightlifting people spend years, decades even, perfecting their technique. Why? It is just a metal bar. It doesn’t move, shift, or have its dimension change. When I competed in strongman, there were specific techniques for every event. From lifting Atlas stones, to cleaning and pressing steel logs, to something as outwardly simple as farmer’s walks. Those who understood these techniques weren’t always the strongest, but they could perform at very high levels.

Seven Minutes to Getting (a lot) More out of Sandbags

So, why wouldn’t sandbag training have very specific means of performance and implementation? In the video below, my goal is to break down three of the most egregious sandbag training mistakes that I see time and time again. If you follow my guidelines you will not only stay healthy, but you will also start to understand why I believe this is such a powerful tool and why dynamic variable resistance training (DVRT) is a system than can be a solution to so many fitness programs.