Featured Coach: Greg Everett, Part 2 – The Next Generation of Coaches

Greg Everett thinks the future of American weightlifting is in the hands of the upcoming generation of coaches and athletes. So what do they need to know? Greg lays it all out.

Last week we spoke with Greg Everett about his own evolution – how he became an Olympic weightlifting coach and how he intends to establish a professional team training out of his gym, Catalyst Athletics. This week we talk with Greg about the sport itself – the future of the sport and what he thinks will help future coaches be great coaches.

To begin with, one of the biggest problems in American weightlifting is the conundrum of money and exposure. The sport needs money to get exposure and it needs exposure to get money. Explained Greg:

The problem is, no one wants to watch weightlifters. You say, “Hey, I’m a weightlifter,” and they go, “Oh, so how much do you bench?” Or even better, there are people who assume you’re talking about bodybuilding, which is unbelievable to me because anyone can take a look at me and know I’m not a bodybuilder. I mean, it’s pretty obvious. It’s kind of a Catch-22 because in order to get funding, you need that exposure and interest, but in order to get exposure and interest, you need money.

So it’s this weird process where you kind of have to chip away at both sides of it, little by little, to try to build up some momentum. I think it’s definitely possible, and I think it will be more and more possible as this younger, newer generation starts coming into a more influential role in sports. A lot of the guys who have been in charge for the last couple decades are like, “This is how it happened, this is what it will be,” and that whole perspective really needs to change.

What becomes critical in this evolution is that the next generation of coaches is educated and motivated. But like the athletes themselves, coaches in the United States face challenges coaches in the Eastern Bloc do not. Greg shared his opinion on how up and coming coaches could still get a proper education:

In this country, you can’t learn about weightlifting in college. If you went to Russia or China you could get a graduate degree in weightlifting. It’s a systematized thing. Here the best education is learning from those who are already doing it. Honestly, that’s the best way to do it even if you could get a college degree. Doing things like internships or, ideally, actually being a competitive weightlifter under an established coach, that’s really the way to go.

And then after you’ve gone through that process, you say, “Now that I’m in my 20s or 30s and my career as a weightlifter is pretty much in the twilight, now I’m going to start shifting into coaching.” And so you come into it with this amazing background, where you’ve been a lifter and you can relate to your athletes. You can communicate better because you know how these things feel. You can say, “This is what I want you to do to correct it,” and you can make that happen so much more easily if you’ve been in that position before.

Greg himself does speak from experience; he was a competitive weightlifter and he sought out the best people he could possibly learn from. He gave up a house in Northern California so that he could base his life around training with coach Mike Burgener. But, even then, when he first started coaching he made mistakes and he sees those same mistakes in new coaches now, too. 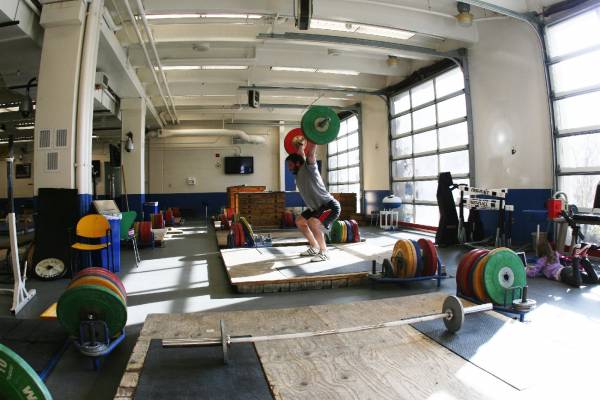 I think the biggest mistake I see made, and I’m probably guilty of this too, is people being in a really big hurry to develop their lifters too quickly, too soon. The problem in the U.S. is that it’s such a different situation than what you’ve seen in the other successful weightlifting countries, in that our athletes are, by and large, coming to this sport at a much later age after being a different kind of athlete. We’re getting former gymnasts or former wrestlers who are used to a different sport, and now they’re at an age where we have to hurry up and get them in shape as weightlifters. We can’t approach the development like other countries do, starting the kids off at twelve years old, with a really smart, progressive GPP system where you’re focusing on the athletic characteristics at the appropriate time, where they’re developing their motor learning abilities in terms of brain development…We don’t have that luxury. We get people who are twenty-five and older who can’t lock their elbows, who have had three shoulder surgeries, their knees are messed up, and we have to find ways around that.

So there’s definitely the compulsion to hurry up and get them ready as fast as possible. I think that results in underdeveloped, inconsistent lifting technique. Ultimately, that limits how far someone can go in the sport. If you go to our national championships and watch our best lifters, their lifting, technically, can be pretty good, but it’s inconsistent.If you look at our best lifters when they miss, versus the best lifters in the world when they miss, those international, world-caliber lifters’ misses look exactly like their makes, except for just one tiny little detail that went off, versus when you watch our best lifters miss, it looks like a completely different exercise. So that’s just a real reflection of not having the depth of development that these other guys have.

So I guess the biggest mistake [in coaching] is rushing it. You’ve got to lay the groundwork and do the fundamental work first, and have a long-term plan, understanding that you can’t make a world caliber lifter in two years.

So what does Greg think makes a good coach? I ask this question of everyone I interview as a feature coach here on Breaking Muscle and Greg had some intriguing and original answers to this question.

Three things Greg Everett says you need to be a great coach:

I would say number one would be experience, both as a coach and as an athlete. I think it doesn’t even have to necessarily be as an athlete in that sport, but in some kind of competitive sport, so they really have that background and that understanding of what it’s like to be an athlete, and be able to communicate with their athletes and empathize. 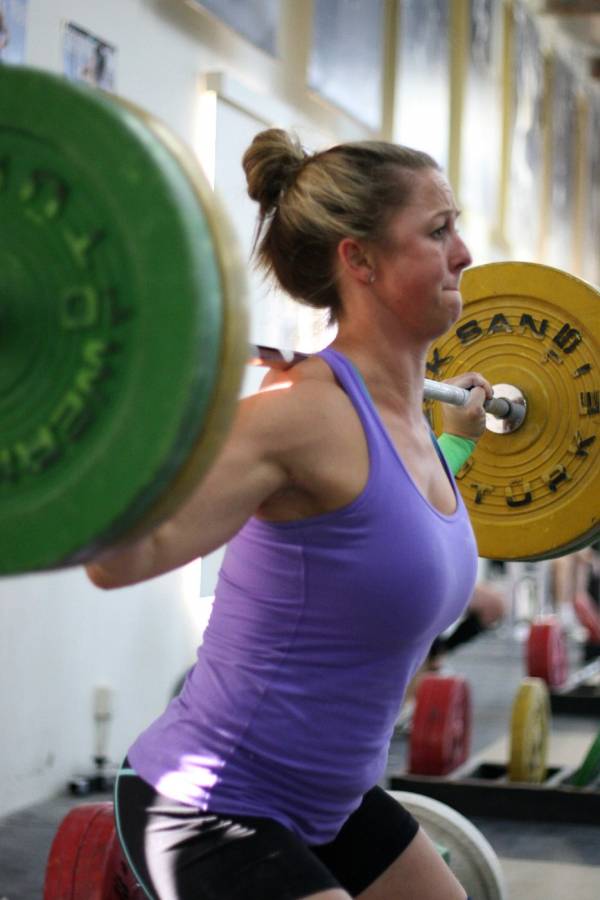 Number two, I would say passion would be a fairly obvious one. Coaching can be very much a thankless job, and it’s extremely draining, in terms of time and energy. If you don’t genuinely love what you’re doing, you absolutely cannot do a good job, because you’ll just get the starch kicked right out of your britches day after day. If you don’t have that love of the sport, and that love of your athlete’s well being, you’re going to burn out really quickly, and your athletes are going to suffer for it, and you’re going to suffer for it on a personal level.

And for number three, I would say a sense of innovation, of constantly finding new and better ways to do what you are doing, and looking to develop those things yourself and looking to work with other coaches and athletes to learn how they do things, and pick up all these things that all these other coaches out there know, but may not necessarily be sharing publicly. You want to be going out of your way and knocking on doors and having conversations, and extract from all the people you have out there.

That endless pursuit of knowledge and coaching technique is what sets Greg Everett apart, even amongst successful coaches. Greg, like the great coaches, has let go of ego in pursuit of his sport and in pursuit of bettering his athletes. Because for Greg it all comes back to spreading the word of weightlifting and offering opportunities for all people in the sport.

My philosophy of coaching is just being open-minded and flexible. In other words, I try to be absolutely not dogmatic about anything, and I try to stay open-minded about methodology and different approaches to things, because really all I’m interested in is finding the most effective ways to do things. Whether it’s my idea or someone else’s idea, or something I thought was stupid initially, I don’t care. Ultimately, what I want to see is my lifters improve, and not only my lifters but also the lifters that I’m kind of indirectly helping through the book or the website. I just enjoy making people better in the thing they choose to do, which happens to be weightlifting.

To learn more about Greg, read part one our feature interview: