Being big is not necessarily unhealthy. But studies of retired NFL linemen have found they are 52% more likely to develop cardiovascular disease than comparable members of the general public.

Recent studies have shown that body mass index (BMI) is not a good measure of overall fitness, especially in athletes. Dense muscle can allow an athlete to be heavier than average for his height without adverse health consequences.1 Merely being big is not necessarily unhealthy.

Nonetheless, studies of retired NFL linemen have found that they are 52% more likely to develop cardiovascular disease than comparable members of the general public. One study found that 60% of retired linemen had metabolic syndrome, a collection of risk factors that includes poor blood glucose control, elevated triglycerides, and high blood pressure, among other symptoms. While we think of athletes generally as fit and healthy, is that really true of football players?

A study at Miami University of Ohio attempted to answer that question.2 It considered 123 high school and 82 college football players, of whom 74 were offensive or defensive linemen, 58 were wide receivers or defensive backs (considered “skilled” positions in football jargon), and the remainder (72) were quarterbacks, running backs, tight ends, and so forth (the “athletic” positions). The study measured body fat percentage, blood pressure, fasting glucose, and fasting levels of both triglycerides and high-density lipoproteins (HDL; “good” cholesterol).

The researchers found significant differences between positions, regardless of playing level. The average body fat percentage for linemen was 24.8%, compared to 15.3% for athletic positions and 12.1% for skilled positions. 6.8% of the sample population had three or more markers of metabolic syndrome, and 92.3% of those were linemen. To put these numbers in context, though, as many as 34% of U.S. adults over twenty years of age have three or more markers for metabolic syndrome. As many as 16% of teenage boys are obese. The prevalence of metabolic syndrome among players in the study was comparable to or lower than among their non-athletic peers. 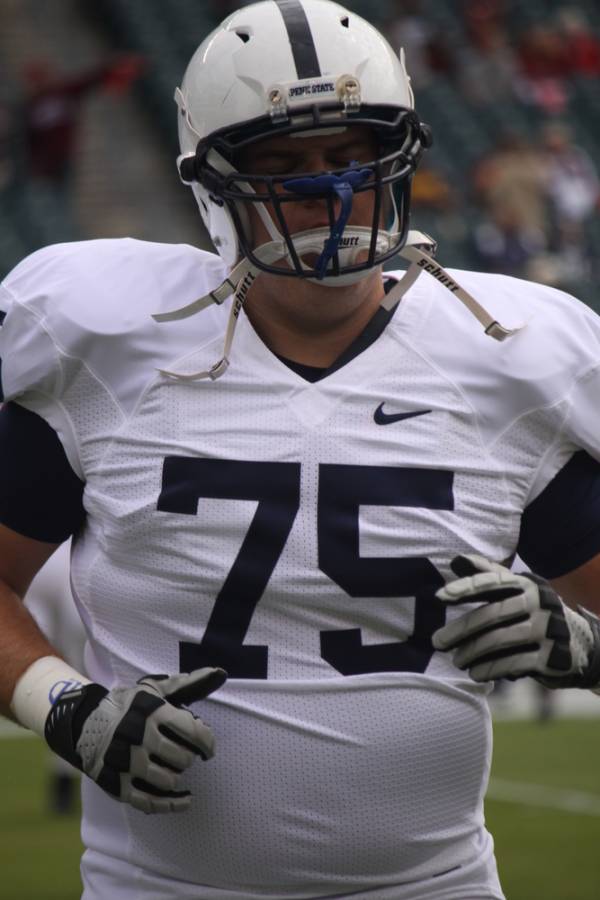 It’s also difficult to differentiate between cause and effect. Are linemen more likely to carry excess weight because the demands of the position encourage them to do so? Or do large individuals gravitate to the position because it is a good fit for their existing body type? While this study cannot answer that question, a clue may be found in the difference in obesity rates between the high school and college students studied. The average body fat percentage for high school linemen was 26.1%, compared to 22.9% for college linemen. It’s possible that the more sophisticated game at the college level places more emphasis on athleticism over sheer mass.

Nonetheless, linemen are the biggest players on the team at every level, from high school to professional. A lineman who is merely average-sized in high school may need to get bigger or change positions in order to continue to play in college and beyond, even though excessive weight gain can have clear consequences for the athlete’s long term health.

“Fit” and “Healthy” May Not Be The Same For Linemen

Most high school athletes – in any sport – will not compete at the Division I college level, much less play professionally. As the researchers emphasize, strength and conditioning coaches have a responsibility to help athletes balance short-term athletic goals against longer-term health consequences. Metabolic syndrome markers like waist circumference and blood pressure are easy to measure; they can and should be used to identify athletes who are at risk.