Got Vertical? How to Measure for Explosive Strength

Most laypersons will bet that weightlifters have little jumping ability. They are just too big and slow, right? This is now refuted frequently, but the Soviets actually refuted it decades ago. 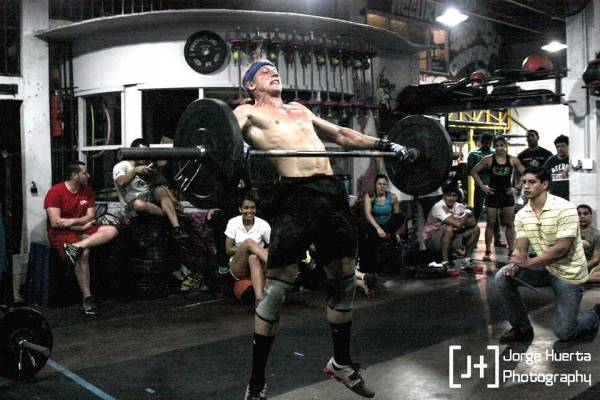 Veteran weightlifters have spent much of their lives listening to the old stories about how the weights supposedly make athletes slow and uncoordinated. Well, this has been refuted many times in the public sphere. While the public is growing more knowledgeable in this area, there are still pockets of ignorance. This situation has even provided some weightlifters with a means of earning some quick and easy beer money by making bets with laypersons about the speed and flexibility of weightlifters versus that of other athletes.

You can always get a taker if the subject of jumping ability is brought up. Most laypersons will readily bet that weightlifters would have little jumping ability. After all, they are just too big and slow, right? Some might concede that the lighter lifters might display some jumping ability, but they are still more than willing to bet that the big men and women would naturally limit out at a significantly lower height. They also assume a weightlifter’s strength is in their arms, not their legs. These imaginings are now refuted frequently, but the Soviets actually refuted them decades ago.

What Is Explosive Strength?

In sports and physical education, the terms “explosive strength” and “speed-strength” are widespread, characterizing muscular activities requiring great speed while also mobilizing great strength. This physical quality is fundamental to all types of sprints, jumps, throwing events, and, of course, weightlifting.

Researchers have found a way of quantifying speed-strength. This explosive strength of muscles is usually estimated by a power index, expressed as follows:

Where “J” is the speed-strength index, “fmax” is the maximum amount of an available force (strength) of the muscles in a given movement, and “tmax” is the time needed to attain this maximum strength of the muscles.

To maximize J you naturally want a high numerator and a low denominator. From that relationship it can be deduced that the quicker you can produce your maximum strength in any muscle, the more speed strength you can display. This will produce a nice accurate figure that will accurately measure the speed-strength of any particular athlete’s movements. The bigger your J, the further you can throw a baseball, discus, or shot, the further you can kick a football or soccer ball, and the more weight you can put overhead. While very precise, this formula’s biggest weakness is that most of us do not have the technical means to accurately measure either our muscular force or our time taken to attain it.

How You Can Measure Your Strength

Fortunately for you average gym rats there is a more pragmatic way of measuring an athlete’s index of-strength. That is done using the standing high jump, aiming only for height, not trying to jump over a bar or anything like that. This is a simple test but an effective one. Anyone can see that the act of jumping upwards as high as possible requires great leg power. You need a great eccentric spring movement, quickly followed by an immediate and speedy concentric muscular contraction of the leg extensors (see video demonstration below.)

This is a good (and easy) way to test potential of a weightlifter since these same qualities must be present in weightlifters when lifting maximum weights. Modern competitive weightlifting is accomplished not so much with the arms, but with the legs, so what works well in the high jump should also work well in the snatch and the clean and the jerk. (That last fact will help you if you end up making bets with people who think that weightlifting is an arm exercise).

What the Russians Have Known for a While

Years ago the Soviets conducted an interesting experiment in this area. The methodology consisted of each of three weightlifters performing a number of standing two-legged high jumps after a fifteen-minute warm-up. This method can be used by any non-technical person in any gym. One end of a measuring tape was tied to the waist of the lifter while the other end was fixed to the floor. This method was used instead of the more common method of seeing how high on a wall the subject’s hand was able to touch. This eliminated the skewing that might have occurred with lifters of different proportional arm lengths. The lifter then performed a powerful eccentric bending of the legs followed by a powerful concentric extension of the legs, resulting in a jump straight upward. The height of the jump could then be registered by the tape.

It should also be noted that the weightlifters were of six different skill levels. from novice to elite. There were 83 subjects. Not surprisingly, with an increase in the qualification of the lifter, the height of the jump attained also increased. The observed results were recorded as follows:

It must be noted that one of the athletes tested was one Victor Kurentsov, 1968 Olympic champion at 75kg. He attained a best height of 101cm. This was identical to that obtained by the great Valery Brumel, who old-timers will remember as the premiere high jumper of that era. Equally amazing was the performance of Leonid Zhabotinsky, a two-time Olympic champion who weighed around 160kg. Despite his great bulk he was still able to do 90cm. I have heard that Vasily Alexeev could do just under 100cm as well.

Also of note are the low variances obtained. The athletes were all of different body weights and heights yet the variances on the average heights attained were fairly low. This would indicate that the lifters of each skill level all reached a similar height regardless of bodyweight. This implies that taller and heavier lifters can jump as high as lighter ones, presumably due to their greater leg strength despite being handicapped by their heavier bodies. On the other hand this may need more study since that column was not clearly labelled.

Beyond the Soviet Study

These results were compared to non-athletes. Unfortunately I do not have the performance figures for non-athletes, but they were presumably significantly below those of weightlifters. It would be interesting to see those results as well as doing another experiment comparing lifters with variously skilled athletes from various other sports. It would be nice to know how much higher lifters can jump compared to others. 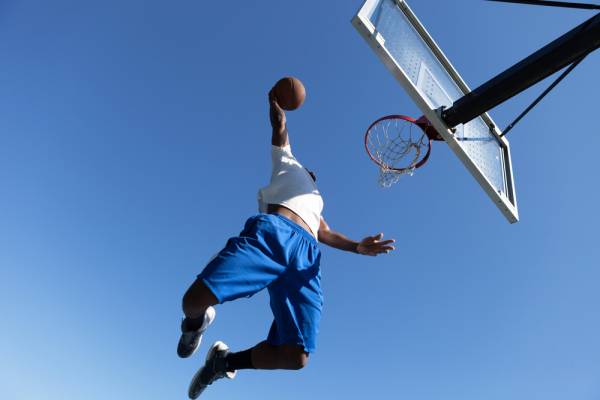 The study also raises an important and frequently asked question. Is weightlifting training responsible for this increase in height attained or are the greater results of more qualified athletes a result of better genetics? Or both? It would be more interesting if we could get some longitudinal studies to answer this one.

If these questions can be answered then we might see a few more opportunities for lifters to make some quick money via hot-stove league wagers.