Greasing the Groove: How to Make It Work for You

This training method provides a great way to build the neurological skill to move heavy objects. Here’s why it works and how to best use this approach. 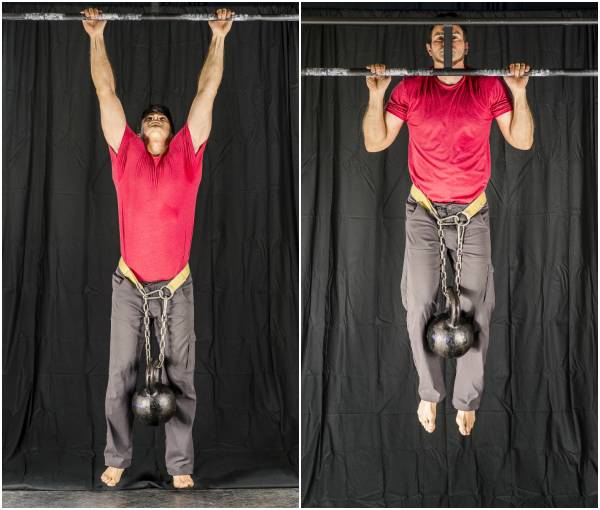 The phrase greasing the groove has been used in many articles. The basic premise in greasing the groove is to do the same exercise frequently, with every set performed without going to muscular fatigue. Let’s take a look at what it really means, the origin of the phrase, and some example programs where it can be used.

Pavel Tsatsouline is known for creating the phrase greasing the groove (GtG) in his book Power to the People. In the book, he talked about how important it is for the neurological groove to fire in a certain sequence and intensity. GtG is not so much breaking down muscle tissue for more growth, as it is about building up the neurological pathway of lifting heavy weight.

Muscles are made up of many muscle fibers, which follow the all-or-none law – meaning they contract or they don’t. The nervous system sends signals to the muscles fibers to contract. As the signals become more frequent, the muscle fibers twitching overlap and summate to create greater pull.1,2 The faster the signals, the greater the cumulative pull of the muscle (similar to faster revolutions of the engine lead to greater power).

GtG helps build this firing pattern. Furthermore, it trains the inter-muscular coordination that is needed for heavy lifts (helping the muscles get along better with each other).

Here is how Pavel stated it:

Muscle failure is more than unnecessary – it is counterproductive! Neuroscientists have known for half a century that if you stimulate a neural pathway, say the bench press groove, and the outcome is positive, future benching will be easier, thanks to the so-called Hebbian rule. The groove has been ‘greased’. Next time the same amount of mental effort will result in a heavier bench. This is training to success! The opposite is also true. If your body fails to perform your brain’s command, the groove will get ‘rusty’. You are pushing as hard as usual, but the muscles contract weaker then before! To paraphrase powerlifting champ Dr. Terry Todd, if you are training to failure, you are training to fail.

Not Training to Failure – Perfect Practice

One of the biggest keys in the above statement is how important it is to not train to muscle failure. As Dave Whitley has described, lifting heavy weights is a skill. A skill is not learned by completing it over and over until muscle fatigue sets in. The old-time strongmen performed every repetition knowing they would have to do it again soon. It was always perfect practice.

Pavel described the way a tennis player would perfect his serve as an analogy to how to train to lift heavy weights:

How do you improve your tennis serve? Do you hit the court once a week and keep on serving until your balls could not knock out a sick mosquito and you can barely lift your arm? No, you come to the court as often as possible, ideally more than once per day, and slam those little yellow balls until you feel that your serves are about to slow down.

One of the big keys in GtG is frequent work of the same exercise. It may seem counterintuitive as we often hear how we need to avoid overtraining. However, if we are not training to failure our bodies can afford to do the same exercises again either later that day or the next day.

Again, we are training the nervous system to utilize our muscles to the fullest capacity. Similar to learning a language, if you only use it once a year we will not retain it very well. However, if we are immersed in a foreign country and use language frequently throughout the day we will learn it quicker.

As Artemis Scantalides discussed in her article, she is training for the Iron Maiden Challenge, which consists of a weighted pull up, a pistol squat, and a strict press all with a 24kg (53lb) kettlebell. Similarly, I have been training for the Beast Tamer challenge (same events but men use a 48kg (106lb) kettlebell).

One of the best ways to train for these skills is using a greasing-the-groove type of program. For example, I will often do weighted pull ups in between sets of squats and deadlifts. I start with one or two pull ups with a lighter weight and then later move to single repetitions with the 40kg. I probably do no more than five total repetitions and none to failure. At night I will come back and try to do a few more. I don’t do them to fatigue and I try to attempt each one as if it were a skilled practice. Once in a while I put the 48kg kettlebell on the belt and it goes up easily.

Every Hour on the Hour (EHOH)

For the strict press, I put a kettlebell in my office. Every few hours, I shut the door and press it a few times on each side. Instead of an every-minute-on-the-minute type of workout, we can call it an every-hour-on-the-hour (EHOH) workout.

Pistols also work well in this type of fashion. A deadlift bar in the office would be nice, but in my working situation I would be looked upon even more strangely. Handstand push ups, one arm push ups, and other difficult bodyweight movements are also great for EHOH training. Just be ready for strange looks if you are caught mid-handstand if someone walks into your office. 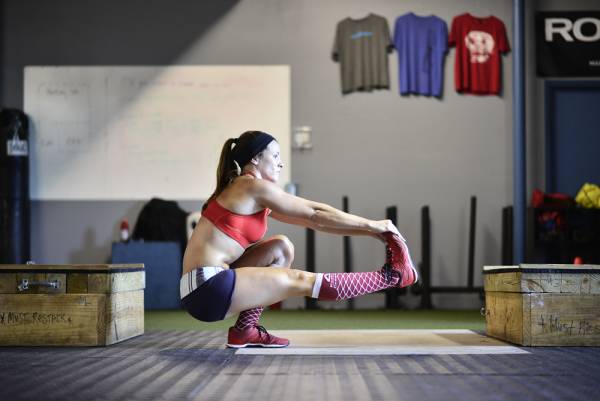 Fresh All the Time – Easy Strength

One of the goals of GtG is to stay fresh all the time. For tactical officers, being fresh is vital. In the heat of the moment, an officer can’t say, “Sorry, I did a tough workout yesterday and I can’t go.” One of the best programs for tactical officers is Easy Strength, authored by Pavel and Dan John.

In this program, every day contains the same workout of five movements (squat, deadlift, push, pull, and carry). The principles of GtG are all included in that you never go to failure, so you leave enough energy to do the exercises again the next day. I found this program, despite its simplicity, to be highly effective.

One of the questions I hear most often is how to do a strict pull up. Accomplishing a strict pull up makes people very happy. The GtG program is perfect for building strength in this way.

If a pull up can’t be completed then a ring row is a perfect alternative. However, jumping pull ups, where the person jumps up and then lets him- or herself down slowly are a great way to build strength for a full pull up. The eccentric portion of a movement is an excellent strength builder.

When doing jumping pull ups, only do a few at a time and focus on going as slowly as possible through your sticky points. If you have a difficult time with getting your chin over the bar in a pull up, then focus on holding that part as long as possible on the way down. Over time, try to make the way down slower and slower.

An ideal plan would be to do about one quality negative pull-up every ten minutes while working out other body parts (for a grand total of five in a workout). Do this everyday and a strict pull up will come soon.

The Take-Away on GtG

Greasing the groove methods provide a great way to build the neurological skill to move heavy objects. It is not a hypertrophy type of program, but rather a way to build the muscle firing patterns for a max effort.