Habits vs. Superstitions (Does it Really Matter if You Wear Different Socks?)

Many of us have superstitions about our training. We have our own habits and rituals at the gym, studio, and out on the field of play. But do these habits make a difference?

“Superstitions are habits rather than beliefs.” – Marlene Dietrich

Due to my years in fitness I can often tell a lot about gym members by the exercise they are doing or the piece of equipment they are on. Over and over, day after day, people come into the gym and get on their favorite treadmill or do the same routine in the same order. People display habits, quirks, and patterns before, during, and after their exercises. It begs the question: do people do these routines out of sheer habit or out of the connection consciously or unconsciously to something deeper, like a superstition?

Most of us are not professional athletes, but I happen to work with a former one, and he has told me countless stories of superstitions he experienced while playing high school, college, and pro football. He even had his own – putting a football card of his favorite player in his socks before every game. He’s told me about other routines, habits, and superstitions of athletes, from the way players would listen to the same warm up music before every game to eating the same meal at the same time before playing. The world of sports is littered with countless examples of superstitions. Perhaps the best basketball player of all time, Michael Jordan wore his college basketball shorts under his pro shorts during his career due to superstition. Apparently it worked.

There are so many examples of superstition in sports that it’s truly mind-boggling. Some are silly and seem frivolous, while others simply appear to be a sort of a pre-game ritual. Either way, you have to wonder if being superstitious worked for Michael Jordan, can it work for the regular Jack and Jill athlete?

Whether we admit it or not, many of us also have our own superstitions. We bring these to many endeavors, especially the world of sport and fitness. It’s not just pro locker rooms where we see these actions play out. We have our own habits and rituals at the gym, studio, and out on the field of play. Some of us repeat patterns, wear the same outfits, or warm up the exact same way every time. People are creatures of habit for sure and if you spend any time at a club or arena where people participate in sport for leisure or for real, this is beyond evident.

I wrote recently about shadow boxing and how the ritual of shadow boxing is in large part preparation for the real thing, in the same way that taking a practice swing in golf or baseball is a way of finding tempo before actually striking the ball. But there is a blurred line when it comes to what is practice and what is superstition. The dividing line between superstition and habit is whether we give something power. A practice swing is just that – practice in preparation for the real thing. Touching your arm three times in a row before taking every practice swing – that is superstition. 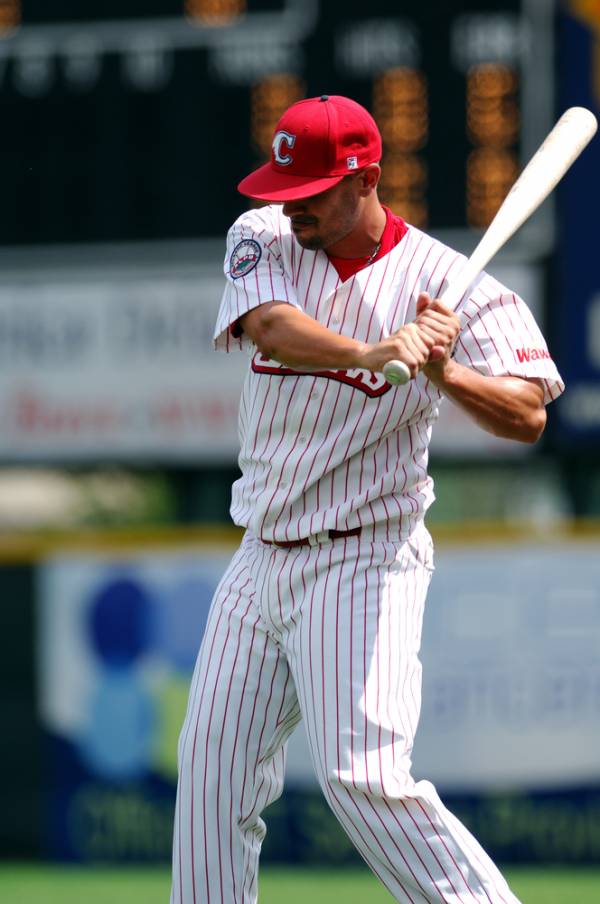 In a way, I’m in favor of superstition so long as we have connection to its meaning. If you play for the memory of a loved one, or perhaps your intention in competing is about connecting to your higher power, then this deeper meaning can help propel you to the top of your game. Building a habit or superstition is a way to connect to that deeper meaning.

Luck is an interesting concept because it’s part superstition and part preparation. Back in the day, Louis Pasteur wisely said, “Fortune favors the prepared mind.” Preparation is synonymous with habit. Touching something before going on the field is superstition for sure, but it is also part of a ritual that builds sameness. This consistency is what makes us feel prepared.

Some feel superstitions are dangerous though. That somehow we give these things power out of fear or that it’s blasphemous to give something power other than the Almighty. Some also dislike giving anything power outside of themselves, feeling it’s their own sheer will that enables them to compete and win. Babe Ruth famously said he had no superstitions other than touching all the bases after hitting a home run. Interesting points, but to me, superstitions seem simply like rituals rather than dangerous occult-like ceremonies. When former Major League Baseball Player Wade Boggs ate chicken before every game, I am guessing he didn’t have the devil on his mind.

If a superstition is indeed a practice resulting from ignorance or fear as the definition of the word suggests, then perhaps it’s time to connect to why we do it. We shouldn’t give power to chance or the supernatural, but we should give power to habit and meaning behind our habits. Practice makes perfect, and whatever helps you connect to your best practice, so long as it’s legal, I say go for it.