Premium Nutrition to Cycle Even Faster

In my previous two articles, I covered some simple ways to improve performance. But now what happens when we tune up the body a bit with some premium fuel?

In my previous two articles, I covered some simple ways to improve performance. One being the gains possible by reducing unnecessary weight and the second the effects of resistance caused by choices of cycle equipment and clothing. The reduction of weight and reduction in resistance will have made a significant improvement in your times and perceived effort. But now what happens when we tune up the body a bit with some premium fuel?

(Note: I am leaving out the claims of ergogenic sports drinks and supplements, which give you an even greater boost, and giving you just a few simple practical ideas.)

It is relatively well known that adequate hydration is important to perform at your best. Studies have shown that just a small level of dehydration (1% of body mass) can have a large effect on performance (5.8%). As the body is mainly composed of water, the ability to transport nutrients and oxygen, and subsequently remove waste products, depends upon water levels to help maintain the correct concentrations.

While studies show it can take less than an hour to change from slight dehydration to being hydrated with 600mL, it is probably not a good idea to arrive at the event start recovering from an excessive night out. A rough guide is the color of your urine. If it’s pale, then that’s usually a good sign. If it’s colored, then you need to drink more.

Six hundred milliliters is a big glass, a whole drink bottle, or two to three mugs, so you may actually wish to spread that out a bit earlier, rather than slosh your way to the start of your event.

I first came across beetroot back in 2006 when listening to a radio broadcast that said it may help increase oxygen uptake. At the time, I was interested in free diving so this seemed like a good thing. In recent years, beetroot seems to have experienced something of a resurgence, as more research has become available. It is now sold in convenient, ready-mixed drinks.

An article by Lansley describes tests of 4km and 16km time trials where power output was seen to increase by 5% and 6% respectively, 2.75 hours after ingestion of 0.5L of beetroot juice. If your usual mean power is in the range 233-279 watts this could amount to an additional thirteen or fourteen watts. 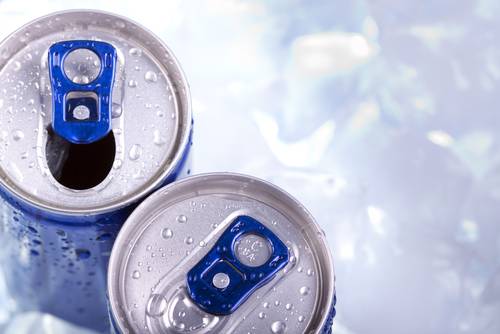 Many studies have been undertaken to assess the effects of caffeine on performance. For this article, I have chosen the research by Ivy et al. In this study, cyclists performed a set amount of work at 70% maximum power. Those who took 500ml of a caffeine-supplemented sports drink (with 160mg of caffeine) forty minutes before the exercise completed the amount of work in approximately five percent less time with no increased perception of effort. This might amount to another twelve watts based upon a normal effort of 250 watts.

To conclude this series of three articles there are several opportunities to increase cycling performance, in addition to some quality training:

Altogether that gives a massive 104.5 – 123.5 watts. If you follow the references in these three articles you will find other possibilities and while your individual gains might be different to these claimed, you may find just choosing a few, combined with a quality training program and healthy food mix, might help get that elusive best time.