The ability to produce force quickly is the definition of power and it is useful in sports from martial arts to team sports. Plyometrics can help develop power, but first learn to do them safely.

Maybe it’s my age, maybe it’s the number of injuries I’ve racked up, or maybe I’m just getting soft, but for some time I’ve found myself to be the sober voice of reason when it comes to training:

Well, sometimes you have to take the brakes off. Sometimes you need to step up and create a dramatic change in the body. Maybe it’s a martial arts tournament or maybe it’s a special race, but you want to put the pedal to the metal and see what’s really under the hood.

Speed kills. On the court, the field, or in the ring, the fastest athlete is often the winner. In team sports, not only do fast athletes make great athletes, but teams that implement their strategy for the game the quickest often win, too.

And when it comes to training for speed there is a word that everyone loves to talk about – power.

Power – the ability to produce force quickly. Hit the ground faster with your feet and you’ll produce more force to send you racing forwards. Hit your opponent with more speed and even if you have the same amount of force behind the punch it will be a more powerful strike. Boxers say the knockout punch is the one you don’t see, and I often wonder if that is because it was traveling faster than the others.

Training to be more powerful can be the holy grail of sports performance. A faster athlete is a better athlete. A stronger athlete is, too. And an athlete who increases strength and speed while maintaining the same bodyweight will become a standout. Like a muscle car amongst hybrids, the stronger, faster athlete will expose the lack of horsepower in the opposition.

But every great reward in training comes with great risk, and power training is no different. What I’d like to do is introduce you to the ways to get the body ready to withstand the stresses of power training; specifically I’d like to discuss plyometric training.

A special preparation period of several months consisting of sprinting, low jumps, hops, and a significant volume of barbell maximal strength work should be undertaken. Remember these are advanced training methods and to be done safely you will need to be beyond beginner level in terms of your strength. 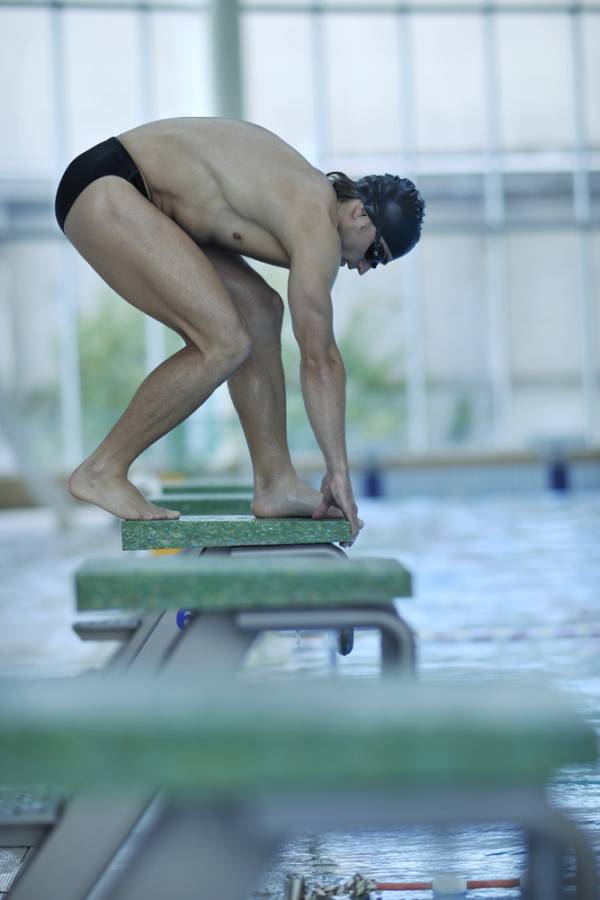 To begin with, practice jumping upwards and forwards to lessen the stress on the body. After sufficient training progress to strict vertical jumps. Muscle and tendon fatigue or soreness is a contraindication for plyometric training. (As well, it must be said, as incompletely healed injuries.)

In very advanced athletes four sets of ten jumps is sufficient. In lesser-conditioned athletes two to three sets of five to eight repetitions will suffice. Easy running and relaxation exercises for ten to fifteen minutes between sets are advised. A small volume of GPP (general physical preparedness) work may be done post-plyometric training.

Depth jumping only needs to be done twice per week, and can be done either at the end of specific strength sessions or at the end of sports skill practice. Because of the huge drain on the central nervous system, depth jumping should not be done closer than three to four days before technical skill training or games.

Sub-maximal plyometric activity can be a useful break-in tool. Simple activities such as hopping on one foot for a few sets of twenty-five repetitions are a good way for the athlete to learn to fall relaxed, maintain a forefoot strike where the heel does not impact, and maintain body position and posture. These landing drills can then be performed with a backwards and forwards or sideways motion, as well as zigzag motion and rotating, to teach landing skills.

Remember the aim is never to improve endurance, but rather jump height. For it is the increase in jump height that brings about increases in power. Better to do fewer repetitions, but jump higher, than to teach the body to sub maximally respond.

I’ll finish with this quote by the late great Mel Siff from Supertraining:

It must be stressed that depth-jumping is not a basic type of training to be indulged in lightly by athletes who are relatively unused to explosive or strongly resisted movements. For anyone who is not accustomed to movements such as weightlifting cleans, jerks, squats, or hurdling, it is highly advisable that a preparatory programme using sub-maximal plyometrics, non-impact and non-plyometrics be followed before the above recommendations are implemented.