The 3 Most Horrifying Lies About the Snatch

If you want to be a good coach, accept you can’t be a good person. You will lie, you will omit, you will shun the truth. If you don’t, your lifters will fail. Here are three big lies about the snatch. 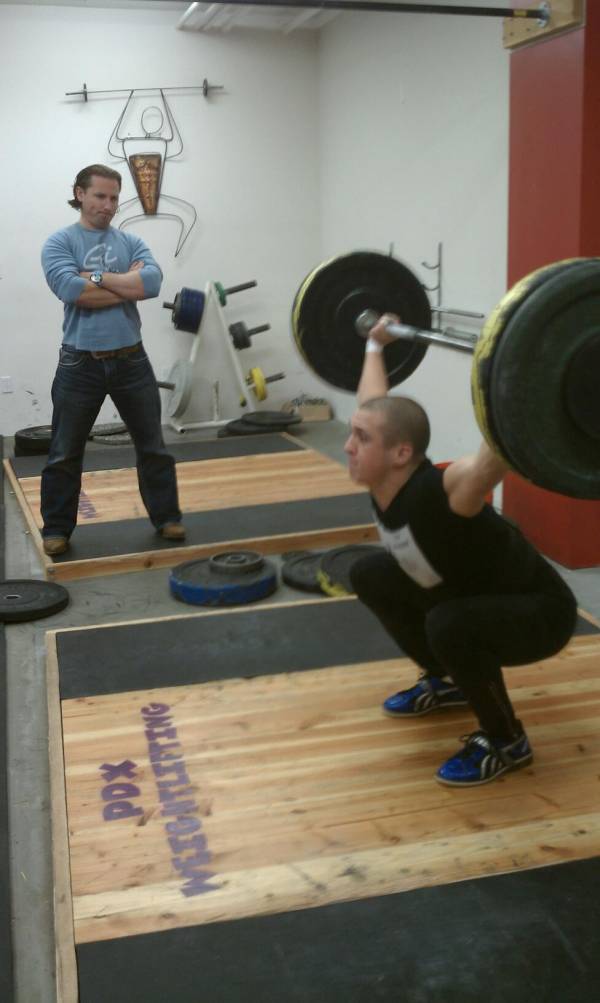 I am a horribly bad person. I’m sitting in this bar tonight drowning in Irish coffees, distracting myself by watching tattooed hipsters playing pool and dancing drunken dances to an odd mix of country music and Jay Z as a way of avoiding the truth: I am not a good person.

Do you realize how often I have lied to you?

I stand there in the gym every single day and I lie through my teeth to everyone who walks through the door. I lie to them for months on end. I use what I call my “coaching voice” and I bark orders like a sea captain in battle. It is loud, it is aggressive, and I stand upon plyo boxes (the soap boxes of the fitness world) to give me the height of authority. I make proclamations that are half-truths at best, and I know it. But, I make them anyway. I justify this deceitful behavior by telling myself I am “doing it for your own good,” or that “I am helping you avoid the wrong path.”

To coach well is to lie well. To teach something complex is to deceive. To guide you to greatness requires me to keep you in the dark. So here, if only for tonight, I am going to confess my wickedness. I will tell you those things I should not tell you, or fear to tell you for what might happen.

The first lie I often tell beginners is that they should never use their arms when snatching (or cleaning). “Think of your arms like ropes,” I say, “This is one hundred percent a leg exercise.” “I want you to jump, put momentum on the bar, and then catch it above your head,” is a common refrain.

The reason I lie is that if I tell you this – after the bar hits the hip, I want you to pull with your arms to pull your body down – you will over-pull with your arms, and pull that bar up past the hip with the arms without going down. Or you will start pulling with the arms so early that you “shock absorb” all of that kinetic energy you generated with your legs, dissipating it into nothingness.

So I lie, and you succeed.

I used to teach people to get their knees back right away in my beginner progressions. You can see this in my original videos on the subject where I emphasized what might be called “The Knee Position.” I don’t do this anymore. Instead, I lie. I avoid talking about the knee with beginners. Instead I gloss right over it and move them from the floor to the hip directly.

The knee position is extremely important. It is the part of the lift that will result in a massive generation of power, basically a strong Romanian deadlift with a double knee bend that ends in an explosion. But in the beginning, that is too much information. Beginners overemphasize it and miss the hip altogether. Better to avoid such confusion, given that the hip position is far more important. 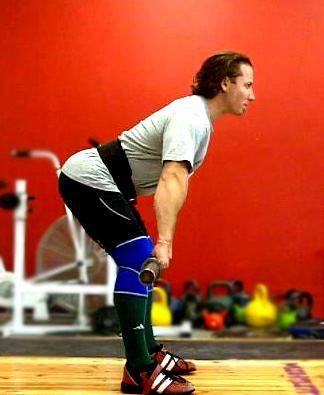 Unfortunately, this requires me to lie. Or rather, I lie by omission. Which is just as bad, or maybe worse. After all, anything less than the whole truth is an outright lie in my book. So by this definition, I am not being a good person.

I tell beginners they should live by the “three strikes and you’re out” rule. If you miss three times, you are done. But that is a “do as I say, not as I do” kind of rule.

When I hit a 92kg snatch for the first time it took twenty-one attempts that Monday, about thirty the next day, and then I hit it the first try on the third day. The very next week I hit a 95kg snatch on the first try like it was nothing. I am convinced the excessive number of attempts at the high end were good for me.

But, I would never tell a beginner this story. They aren’t capable of repeating my success – not yet. To take as many misses as I did, you first need to have technique that is far more ingrained and a part of your subconscious, parasympathetic nervous system.

Until then, on every snatch you are unfortunately thinking the way you think when you’re speaking a foreign language that you didn’t learn until you were thirty-three years old. And that means you aren’t ready for this kind of training.

Teaching anything complex requires that you break up the final form into its component parts and get your student to learn those details in a certain and highly specific order. “One thing at a time” is the mantra.

The goal for any coach, then, is to cultivate the ability to keep his/her big mouth shut and avoid the whole truth like the grizzly avoids winter. One must lie, cheat, discombobulate, omit, hide, and even steal from their student as much as they possibly can to ensure the student stays on the path of righteous learning at all cost. 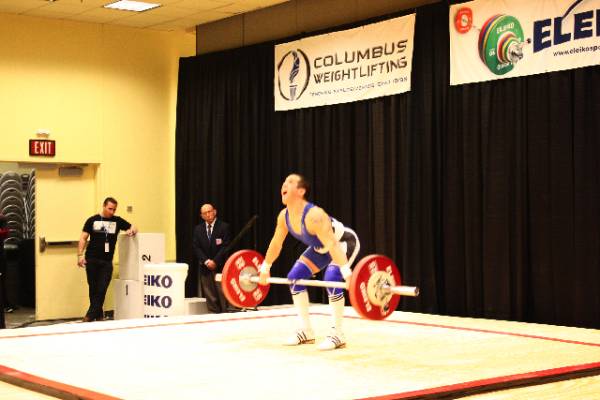 There is no greater sign of a novice coach/teacher than a mouth that cannot keep itself shut. New coaches just love to tell the truth, the whole truth, and nothing but the truth. This habitual goodness results only in a confused mind within the student and a body that can’t snatch for its life.

In the end, here is the lesson: If you want to be a good coach, accept that you can’t be a good person. You will lie, you will omit, and you will shun the truth. If you don’t, your lifters will fail.

You are the sacrifice burning upon the altar of their success. You will go to Hell so they can taste of Heaven. You will lie so they can live the truth. Welcome to the life of a coach, my friend.