Athletes competing in the Open need to remember that the competition is a search for the “fittest on earth” – and it might not be you. 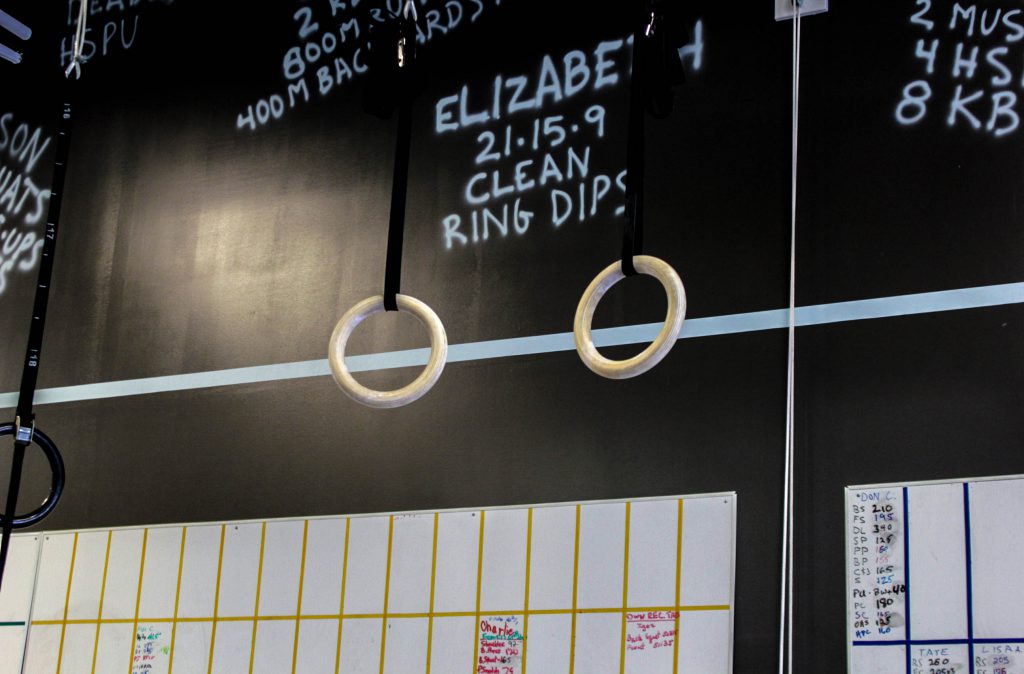 Starting an Open workout with muscle ups? Heresy! The conversation on Facebook and other social media quickly became an “us versus them” issue. Us, being those of us who just want to play in the sandbox with this worldwide community of athletes, and them, being those elite snobs who have their muscle ups.

Here is a sampling of some of the comments that I saw:

There seems to be some confusion that the CrossFit Games testing process is supposed to be fair. While the worldwide community aspect of doing one big WOD together is a nice thought, and while it allows you to compare yourself to everyone around the whole world, that’s not the primary purpose.

The primary purpose is to find the fittest person on earth. The Open is merely stage one of that selection process. Here’s the harsh reality, folks – if you decide to compete in the RX division, you had better damn well be able to do whatever is asked of you. First, last, or in between. I don’t know what about this concept is so muddling.

A Tale of Two Goats

When I competed in the CrossFit Games 50-54 masters division in 2014, I knew almost beyond a doubt that handstand walks would be tested.

I didn’t want them to be, but they were the flavor of the year, coming up in at the regional level and knocking a lot of folks out of the running, so I was pretty sure they were going to show up. Even for the old guys. 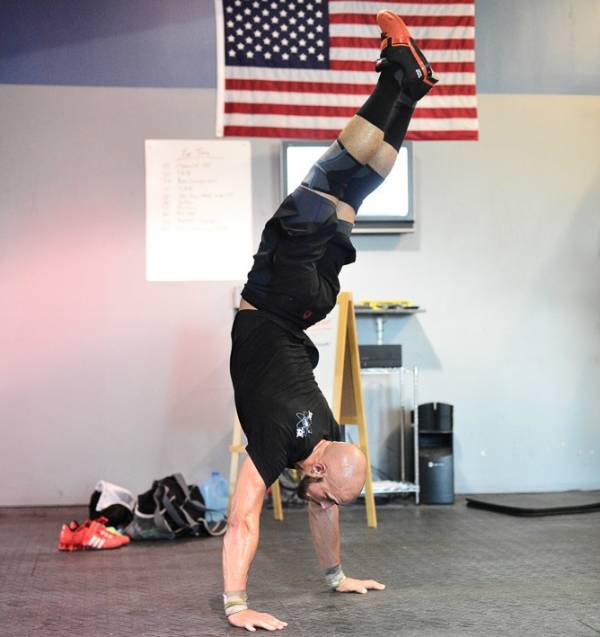 And despite my coach prescribing the requisite amount of training for handstand walks, I won’t lie – I traded the hard work for hope. Hope that there was a smidgen of light that would cause Dave Castro to bypass this particular movement for the masters.

So I did my work, but I basically phoned it in. I would sort of hope that I got upside down, but I never did. It was easier just to roll back off the floor and say to myself “Whelp, that should do it for today.”

Contrast that with Heather McCauley, another athlete at my box, Cincinnati Strength and Conditioning. Heather is a strong female who excels in heavy barbell movements – but one year ago, she did not have muscle ups.

Day after day, week after week, she worked on her muscle ups. It was almost as if she was possessed.

“She joked that her ‘thirty muscle ups for time’ was 29 days, but before long, she was cranking them out every minute on the minute.”

As for me, I got to the CrossFit Games in July, and sure enough, handstand walks came up. Each athlete had to go a minimum of five feet to get a single point. I made it four. Zero points for me.

Some of my competitors walked over 200 feet on their hands. I basically did a legless bear-crawl for four feet. It was, to say the least, sad. I chose to sidestep the hard work, and I paid the price.

Meanwhile back at the gym, Heather was still working on her muscle ups. Finally in late 2014, she nailed one. Success! However, as is somewhat common with muscle ups when first achieved, they come and go.

Heather experienced that ebb and flow where after the initial joy of getting on top of the rings, the muscle ups went away again for a while. Undeterred, she kept at it. Day after day, week after week, just hammering those muscle ups.

The next milestone for Heather was hitting the thirty-muscle up mark. She joked that her “thirty muscle ups for time” was 29 days, but before long, she was cranking them out every minute on the minute. Ultimately, when she approached the rings, there was no question. None. 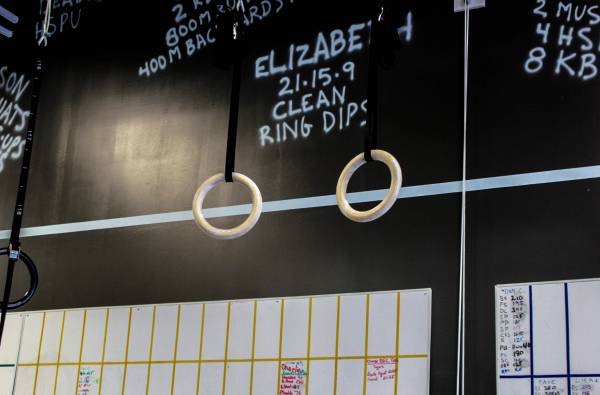 Finally, her (and my) coach, Stephen Flamm, put them into a workout. Heather’s first WOD containing muscle ups was as follows:

There are several things going on here. First, a coach who intuitively knew that muscle ups were coming and very likely in a much different order this year in the Open, and who challenged his athlete (like he did me with the handstand walks) to be ready. It would have been easy enough to say, “They always come at the end in the Open.”

But as we all know, the Open has evolved, and the scaled division opened this door wide. Hence, no messing around. On February 16, Stephen began to program workouts for Heather that began with muscle ups.

Additionally, Heather simply attacked them. She put in the work – relentless, driven work – in order to master this movement and was ready for a testing piece that started with muscle ups. So, when 15.3 was announced, her reaction was this: 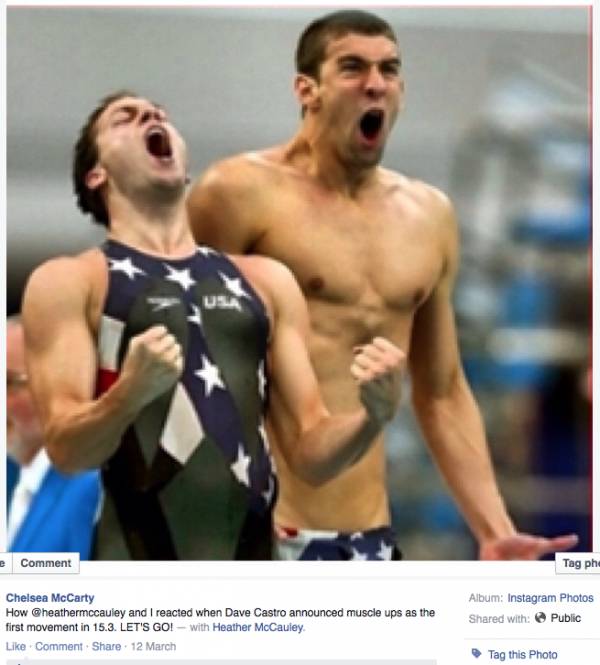 The difference between my handstand walks at the CrossFit Games and her muscle ups in 15.3? Where I traded the work for hope, Heather simply did the work.

Be Realistic About the Open

So, while I understand the frustration with 15.3, it doesn’t matter what has happened the last four years.

The fact that a scaled option was introduced should have been a major red flag that muscle ups, or some other difficult movement, was coming early in one of the workouts, not late.

Photos 1 and 2 courtesy of CrossFit Empirical.