The Dark Place of Competition (Where We Learn and Grow)

Training is a safe place. But it is only in the deep waters of competition that we can truly learn about ourselves. 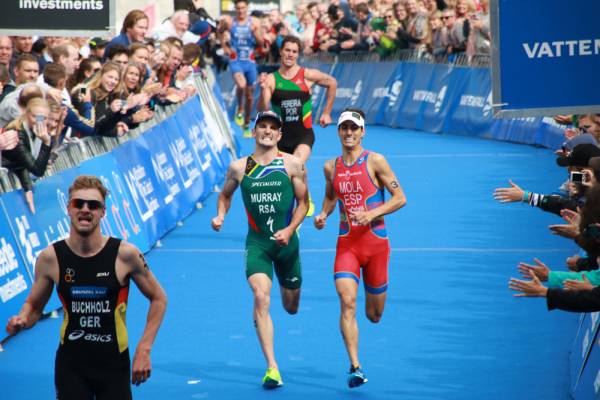 Training is a safe place for us. We’re in a familiar environment surrounded by friends we know and trust. And while much growth, both emotionally and physically, can be made there, it is only in the deep waters of competition we can ever really grow.

RELATED: A Look at Our Love-Hate Relationship With Competition

Put Your Mind Where Your Mouth Is

I’ve seen loads of armchair critics over the years. Men and women – who have never had the guts to sign up for anything even as competitive as a fun run – who have the temerity to offer an opinion on how a professional fighter or quarterback should have performed in a given situation.

Theodore Roosevelt even made a speech about this:

It is not the critic who counts; not the man who points out how the strong man stumbles, or where the doer of deeds could have done them better. The credit belongs to the man who is actually in the arena, whose face is marred by dust and sweat and blood; who strives valiantly; who errs, who comes short again and again, because there is no effort without error and shortcoming; but who does actually strive to do the deeds; who knows great enthusiasms, the great devotions; who spends himself in a worthy cause; who at the best knows in the end the triumph of high achievement, and who at the worst, if he fails, at least fails while daring greatly, so that his place shall never be with those cold and timid souls who neither know victory nor defeat.

As people who have put their money where their mouth is and signed up for something that terrifies them can attest, it is only when you doubt yourself the most, when you have the most to lose, that you ever gain real knowledge of yourself. In this dark place, you’ll find more out about yourself in seconds than you ever could in the safe confines of a gym over the course of years.

“[I]t is only when you doubt yourself the most, when you have the most to lose, that you ever gain real knowledge of yourself.”

The Thing That Makes Competition So Valuable

The thing that makes competition so valuable is that there are both physical and mental barriers to overcome. The physical barriers are obvious – run a certain pace, lift a certain weight, or beat a given opponent. But the mental barriers can be deeper and almost invisible until start time. 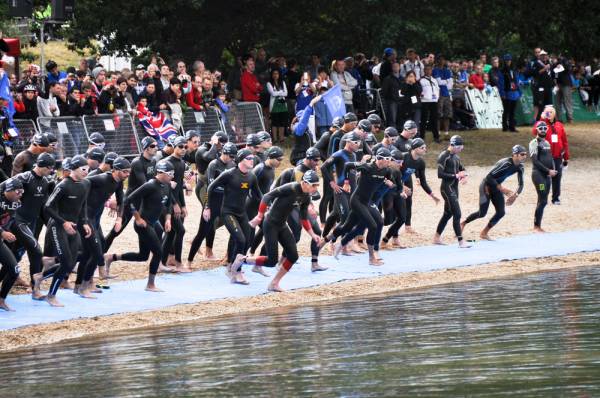 This past weekend, I was standing on the start line of a half-Ironman (Challenge Shepparton) and the weather was far from typical of Australia at this time of year. The rain was coming down sideways, with winds up to 45km/h. Standing there, freezing and miserable with the prospect of a long day ahead, I wasn’t even sure I was going to start.

As ever, my girlfriend, Shannon, had her game face on, which gave me a lot of courage. The thing I love the most about triathlon is that once the gun goes it is all you. You succeed or fail based solely on what is between your ears. And when her wave left twenty minutes before mine, I was left pondering whether or not I’d continue.

It Never Always Gets Worse

Endurance athletes have a saying: “It never always gets worse.” So I decided to do the swim and see how I felt after. The start of a long race is not much fun. There are a lot of people in not much water and you’re guaranteed to get a few feet or fists to the head. It’s easy to panic and many find they swim far worse in a race than they do in the pool, and it’s all because of how they frame it.

“The thing I love the most about triathlon is that once the gun goes it is all you. You succeed or fail based solely on what is between your ears.”

With my poor attitude at the start line, I didn’t want to get beaten up too badly, so I hung back and allowed the faster guys to go ahead, leaving me a bit more room to swim. When the rare contact did come, I reminded myself to breathe and relax and not worry about it.

I knew the race opened up after a few hundred meters and that I’d have space to swim then. I made the first leg of the swim and was feeling good. My body had warmed up, the water was pleasant, and I realized I was passing people. In the space of a few minutes, I had gone from wanting to chuck my toys out of the pram to wondering whether I could beat my previous swim record.

RELATED: 5 Essential Points of Preparation for Your Triathlon Swim 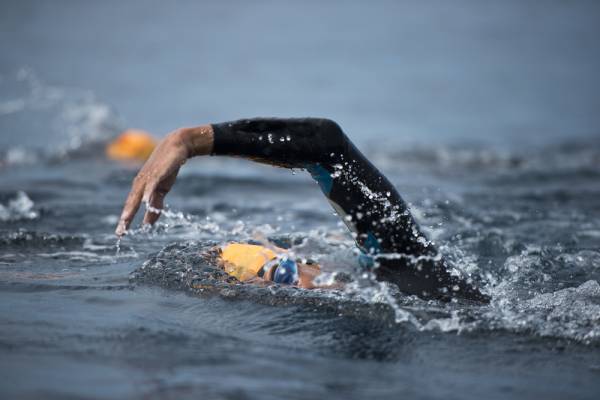 That Dark Place Is Never Far Away

But that dark place, where the seeds of doubt grow, can be a second away at any time. A kick to the head, dislodged goggles, a mouthful of seawater, and a relaxed effort can be turned on its head.

I’ve watched the same thing happen in MMA. I remember a big-name fighter, who had won a UFC title, dominating in a fight for two of three rounds. But in the third round, he started to doubt himself and his opponent took the win with a TKO in the dying seconds of the match. Afterward, he told reporters he thought his opponent was invincible, as he had hit him with everything he had and still hadn’t been able to knock him out.

Isn’t that odd? He had been winning the fight easily, but felt like he was the one struggling. Meanwhile his opponent, who looked like he’d been beaten with a shovel, kept a good mindset, stuck to his game plan, and came out battered but victorious.

Testing Your Will at Your Worst

It’s only in competition and at events that these incidents happen. Yes, you can have tough training sessions surrounded by your friends and push one another, but nothing matches the adrenaline and stress of competition. Only in battle can you truly test your will. They say that iron sharpens iron, but I would rather think of it as the metal of the sword strengthening the mettle of your will.

One of the reasons I like the RKC so much is that we test you at your worst. The standards – when done in your own gym, when you’re fresh and rested with no one critiquing you – are not that hard to achieve. But after three days, with an instructor standing so close you can feel the weight of his or her stare on you, it’s a different matter.

“They say that iron sharpens iron, but I would rather think of it as the metal of the sword strengthening the mettle of your will.”

I’ve seen plenty of people claim they can meet RKC or SFG standards, but who have no idea what it is like to test with hands bleeding or be forced to perform perfect technique after thousands of heavy swings. When the pressure is applied, they appear to wilt under scrutiny, and not surprisingly, fail to meet the standards.

I believe that only at the limits of your physical capacity can you ever really learn about yourself and grow. When every cell inside you screams to quit, but your mind forces them to keep going, in that moment you will find out more about yourself than any self-help book could ever teach you. 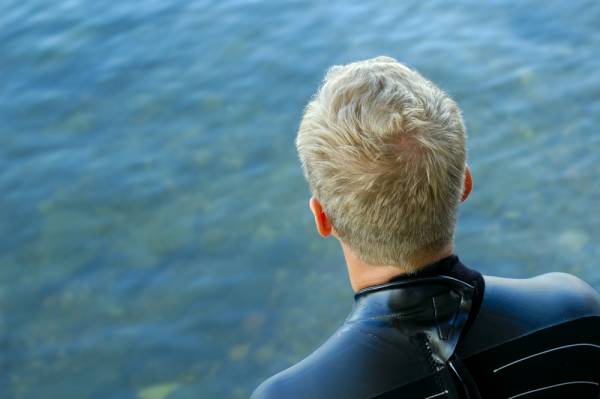 That means if you ever plan on reaching your potential as a human being, you need to deliberately find things that scare the crap out of you. Each time you stretch the mind and teach it to endure, to suffer, and to overcome, you’ll be learning about yourself and growing as a result.

“Sign up for something today that scares you to death just thinking about it.”

Meanwhile, the armchair critics, those who would judge you for trying to reach higher and further, will cast judgment on you. But that judgment is borne of their insecurity and their anger at themselves for never having had the nerve to attempt something that challenged them. It’s sad that while your dark place may only last a few minutes in a race or competition, theirs will last a lifetime

RELATED: Project Mayhem: Sign Up and Tell Complacency to #$@% Off

Sign up for something today that scares you to death just thinking about it. An ultra marathon, an Ironman, a CrossFit competition, a weight-loss challenge. Along with the obvious physical benefits gained from training, what you’ll learn about yourself is something far more valuable and will last you a lifetime.