The Moment Grid Became a Sport 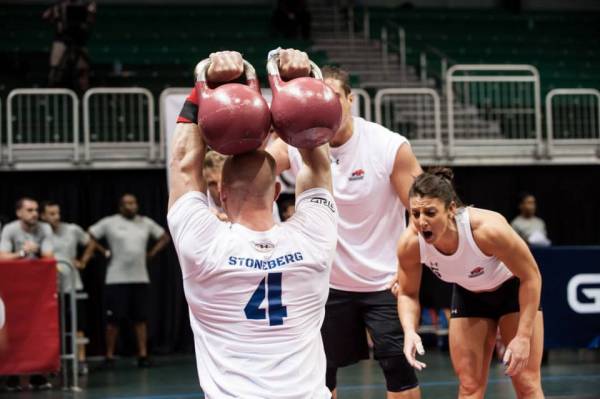 The New York Rhinos had it sewn up. After ten races, they led the Miami Surge by three points and the final race heavily favored New York’s strengths and skills. Then, the Surge threw their bonus flag. Meaning, if they won the eleventh and final race, they would get not only the three points for winning the race, but also the bonus point. In theory, they could win the match – but it wasn’t likely.

It’s Not Over ’til It’s Over

Over the course of the evening matchup, the lead had changed hands a number of times and excitement was running high in the BankUnited Center on the University of Miami campus. But as race eleven got underway, the Rhinos immediately began manhandling their opponent and each element saw Miami further and further behind. By the time the chest-to bar pull ups began, it was over.

New York’s Ben Stoneberg began a slow slog through the mud as he lunged two heavy kettlebells overhead from one end of the grid to the other. On the Miami side, Julian Serna started the same movement and, in what might have been considered a strategic error, subbed out and was replaced by Marco Coppola. Critical seconds were lost.

But on the other side of the grid, Ben Stoneberg had ground to a halt within inches from the finish line. He struggled to keep the weights overhead, stumbled a few times, and kept getting called back by the ref. The crowd swelled into a frenzy as its home team overtook the Rhinos in the final two steps of the overhead lunge. With that, the Miami Surge’s Nick Urankar sprinted to the final element, five snatches at 225lbs, banged them out unbroken, and the race, and match, went to the Miami Surge.

And a Sport Was Born

Yes, the concept of Grid began many months earlier, when Tony Budding conceived of the idea of a new sport and began talking with prospective investors and team operators. Yes, combines were held in various cities and a draft took place in July. But all the while, no one was certain as to how this would all play out. Would the races work? Would people come? Even as a TV deal matured, and the Madison Square Garden season opener loomed, all of those involved with Grid were unsure as to whether this airplane that we were assembling in mid-air as we were flying it, would stay aloft.

Critics certainly had their day. I received a number of private messages saying things like, “No way this works. Not a chance.” My response was always, “Just wait. Wait and watch.” There were comments about how local throwdowns and regionals are attended by, at best, box supporters and family. How no one comes to watch a functional fitness event where they have no skin in the game. Those loyal to the other functional fitness world were fond of saying, “Meh, not interested,” or having fun with hashtags like #standsareempty and other clever little hijinks.

As for me, I never had a doubt. I was immersed in it. I could see, up close, the excitement generated during these matches. The world at large would have to experience this excitement for themselves. On August 30 in Miami, they did. 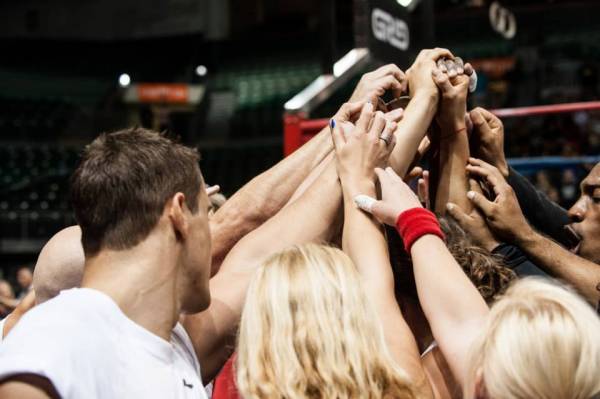 Making Their Own Stars

Even as a number of high-profile athletes bailed out due to sponsor pressures – Briggs, Smith, Maddox, Cho – concern percolated at low-boil. Meaning, how does Grid pull interest from the existing world of CrossFit without the big names?

By making their own stars. That’s how. In a cosmic dose of functional karma, Grid quickly elevated athletes like Taylar Stallings from the DC Brawlers and Irving Hernandez from the New York Rhinos, effectively rendering the so-called “big names from CrossFit” issue moot. Danny Nichols from Phoenix became a star on Sunday, August 31when he anchored every single race and helped bring the Rise to victory. Nichols and Irving Hernandez, who might never even get a chance to participate in the CrossFit Games, became stars on the grid.

And, if anyone was rooting for the league to fail, Nick Urankar settled that with his five touch-and-go snatches. What we experienced in the house that night was the birth of Grid. The crowd got it. They were in it. They embraced their hometown team and the celebration of the Miami Surge victory was real.

The following night, in Los Angeles, after witnessing the epic battle between Miami and New York, the Walter Pyramid at Long Beach State experienced a massive surge in ticket sales. And once again, race for race, the noose tightened until it all came down to race eleven, where Phoenix took it in an overtime replay that will go into the Grid history books.

Until Urankar sprinted down that line toward the 225lb snatches, Grid was a massive jigsaw puzzle disassembled and reassembled for each match in each city. A tumbler of moving parts that wobbled like a foal taking its first steps, being held up by the sheer will of everyone who wanted it to succeed, from the refs, set up staff, and TV production crew, right down to the athletes themselves. But when Stoneberg stumbled and Urankar brought it home, the camera pulled out to a wide shot of that puzzle and for the first time revealed Grid, the sport.