The Worst Strength Training Advice on the Internet

Internet fitness is a bipolar beast – there are a lot of unqualified opinions flying around. 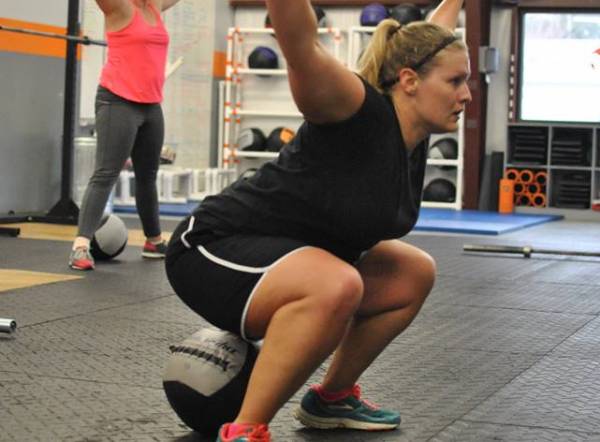 Internet fitness is a bipolar beast. I’m a huge fan of the free availability of information and the wealth of content, but there are also a lot of unqualified opinions flying around.

In this article, I’ll address some of the worst repeat offenders when it comes to bad advice on the Internet and finally lay them to rest.

RELATED: How TV, the Internet, and Your Phone Are Hurting Your Fitness

Squat Depth Defines Your Quality as a Person

Then there’s the stuff that’s not so simple because it’s bony or structural. Factors like limb-length ratios and pelvic/femoral-acetabular structure. Luckily, these factors are usually the least significant. They may prevent you from touching your butt to your calves, but they won’t prevent most of us from getting to parallel.

Find the squat depth appropriate for yourself and your athletes. In competition, there is a necessity for universal, external depth cues for the sake of establishing a standard. If you aren’t competing, then those cues don’t matter. Go as low as you can with proper technique and stability. If you’re progressing and you’re pain free, that’s much more important.

RELATED: 4 Reasons You’re Not Getting Deep Enough in Your Squats

If you’re unfamiliar with the term, butt-wink is slang for the posterior pelvic tilt that occurs at absolute depth in a squat. Many of the same factors that affect squat depth contribute to butt-winking.

Sometimes that posterior pelvic tilt is just your body’s response to being forced to go lower even though it lacks proper hip flexion and ankle dorsiflexion. If both of those areas are under control, then the butt-wink is likely an issue of proper bracing and beginning the squat with a neutral spine.

“If your tilt doesn’t show up until you’re past parallel and you can squat without pain under a significant load, I’m comfortable saying it doesn’t matter.”

Some people seem to think tight hamstrings cause butt-wink, which is kind of silly. The hamstrings are a two-joint muscle – they cross the hip and the knee. As you descend, they lengthen at your hip, but they also shorten at your knee. The result is that the hamstrings probably don’t exhibit that significant of a change in length during a squat. Your adductors, on the other hand, could contribute. This is one of the many reasons goblet squats are a great technical exercise.

Some degree of butt-wink is acceptable. If your tilt doesn’t show up until you’re past parallel and you can squat without pain under a significant load, I’m comfortable saying it doesn’t matter. Is it ideal? Probably not, but we can’t all be perfect and there are bigger fish to fry.

RELATED: How to Unlock Your Athletic Potential Through Good Posture

Face Pulls Are a Magical Swolixir for All Shoulder Problems

I don’t know where this started, but I’ve seen it in many places. On one hand, I’m glad people are concerned with their shoulder health. On the other, I don’t understand how someone chose this exercise as the messiah of AC joint integrity. I have over 10,000 hours of clinical experience and you know how often I’ve seen the face pull used? Never. Not even once.

If you’re world-class powerlifter Chris Duffin, then you can do face pulls.

It’s not the face pull’s fault. It’s not a terrible exercise in and of itself, but it tends to activate muscles that don’t need help. Most athletes’ upper back and shoulder musculature are just fine. It’s the muscles responsible for scapular motion and stability in the mid-back that don’t get enough love. Face pulls aren’t helping with their loneliness.

Face pulls might seem cool because they’re fancy and different, but that’s probably exactly why I hate them so much. Keep it simple. Neutral-grip, shoulder-width rows will help activate the poor, disused muscles in your mid-back and give your scapulae a whole new lease on life.

“You can do all the cuff “strengthening” you want, but if your scapulae don’t move properly, then it won’t make a difference.”

People are so concerned with improving rotator cuff strength that they overlook the most important aspect of cuff function: scapular positioning. You can do all the cuff “strengthening” you want, but if your scapulae don’t move properly, then it won’t make a difference.

On the flip side, once your scapulae do move properly, then you’ll probably find you don’t need to do much cuff-specific work. Hell, if you’ve got the proper scapular motion, you can strengthen your rotator cuff with push ups and overhead presses. How about that?

Back-rounding is the butt-winking of the deadlift. It’s one of those biomechanical issues that’s obvious and thus an easy target. The thing is – it’s not that big of a deal.

RELATED: Why It’s Sometimes Totally Okay to Lift With a Rounded Back

First, if your back doesn’t round at all during a max effort, then the effort probably wasn’t a true max. Don’t believe me? Go watch videos of the best pullers in the world. They all exhibit some degree of lower-back rounding at max. As long as you’ve followed the proper progression and you know how to brace yourself, rounding is not gong to kill you. Just like butt-winking, there is an acceptable amount of lower-back rounding in a pull.

Second, intentionally rounding your upper back is a common technique used by competitive lifters to decrease ROM and increase their numbers. I’m not really a fan because I mostly lift for healthy function, but it is a tried-and-true tactic of some of the world’s strongest.

Bar Position When You Squat Is Extremely Important

No. Not really. If you’re an Olympic lifter, then a traditional high-bar, Olympic-style squat is more conducive to your goals. If you’re trying to set records, a low-bar, wider-stance powerlifting squat is a better choice. If you’re not competing, then the only things that matter are progress and injury avoidance.

“It’s all about specificity and goals here, because frankly, squatting is squatting for 90% of athletes.”

Do what comes naturally to you. It’s all about specificity and goals here, because frankly, squatting is squatting for 90% of athletes. Bar position just isn’t that big of a deal. 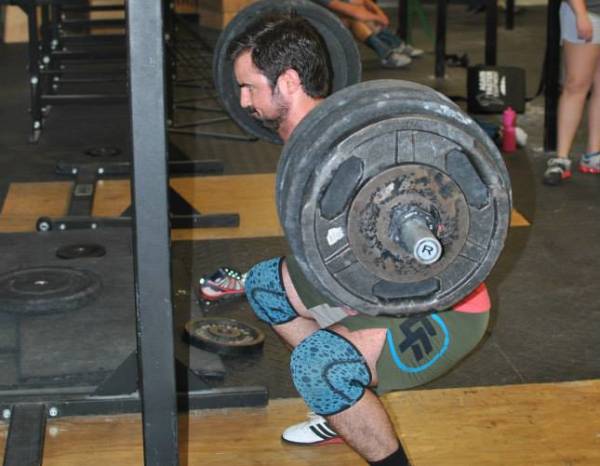 Overtraining Is a Myth

I think we can all agree that training hard is good and necessary. I want to believe that’s why people love reciting that overtraining is a myth. Other people like to use overtraining as an excuse to skip workouts or go light when they should be going heavy.

But overtraining is most definitely not a myth. It’s a serious medical condition with symptoms far beyond simple fatigue and soreness. It can compromise your immune and nervous systems and even, in extreme cases, lead to death. Luckily, unless you’re working out multiple times a day seven days a week, it’s probably not an issue for you.

Overtraining is something professional athletes whose lives revolve around working out need to be concerned with. It does exist. But although we may like to sometimes train like the pros, we aren’t them. So let’s not make their problems ours.

I’m sure there are plenty of other bits of common advice that more qualified professionals would take issue with. What are some of your biggest pet peeves? Let us known in the comments below. As always, thanks for reading. Now go lift something heavy.