The best way to train for endurance with kettlebells looks as lot like the Westside Barbell protocol from Louie Simmons. Here the idea is explained and sample workouts outlined.

In the RKC we often call the swing the center of the kettlebell universe. Master RKC Mark Reifkind, a man who knows training and kettlebells inside out, says in the 2012 RKC Manual the swing is, “Better than one hundred percent of all the strength and conditioning exercises – at least for ninety-nine percent of the population.” As I wrote about previously, there is starting to be more and more research on the swing and why it’s such a great exercise.

Like with most exercises, we can change the kettlebell swing’s effectiveness for our goals based on load. Imagine I asked you to perform one hundred swings non-stop, how much load could you use? And what kind of workout would that give you and what would its benefits be? But now imagine I gave you a much heavier bell, one you could barely swing for ten reps and made you do eight to ten sets. How different do you think that would be?

Two recent studies have been done on strength training and it’s role in increasing efficiency in endurance athletes. Both of these studies tested experienced athletes – long distance runners and cyclists. These athletes were put on a simple program of 4 x 4 half squats, three times per week, for eight weeks. At the end of the studies they had not only gained strength and explosiveness – without gaining weight – they improved on endurance in tests to exhaustion. This improvement came about by increasing efficiency at lower intensities.

The more force a muscle CAN produce, the less it has to contract to produce relatively lower amounts. This sounds simple but it is incredibly powerful stuff. Many years ago you would never find endurance athletes using barbells or any form of resistance training. Then came along Percy Cerutty and Herb Elliot, and more recently Lance Armstrong (who does swings for his training). I’ve even seen a former world cross-country champion doing plyometrics in an effort to increase strength and power. Further, endurance guru Joe Friel states quite clearly in his book, The Cyclists Training Bible, that mature athletes (over thirty-five) need to keep strength training in their regimen, even in season, to maintain healthy bone mass and power output.

So obviously we need strength, and it’s helpful to our endurance, but how do we decide which swing to use? Double, two hands, or one hand? And for how many reps? Because each of those will give us a different result. 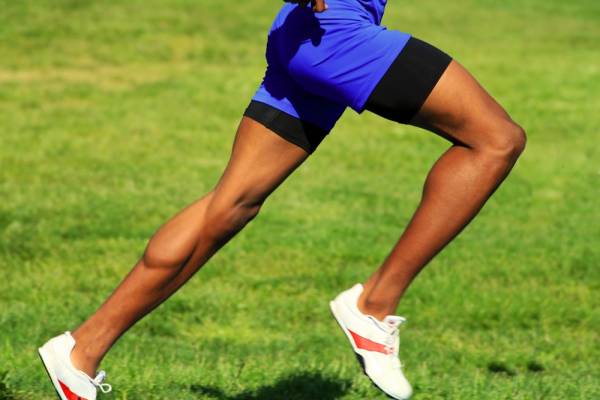 The start of any good plan should involve an assessment on strengths and weaknesses. If you’re an endurance athlete there’s a big chance your biggest issue is strength, not fitness. As you get closer to your event it may make more sense to transition to a muscular endurance training style, but you’ll get more bang for the buck initially by focusing on something you’re lacking. Plus, higher rep sets will exhaust you, leaving your legs too fried to run or ride effectively, in my experience.

In the RKC system we tend to stick to lower rep work. There are many reasons, but safety is one of our primary concerns and higher rep sets are often an opportunity for people to allow form to deteriorate while struggling to get reps. One of the benefits of this is that we are more likely to do a workout that has ten sets of three, than one that has three sets of ten. For the sets of three we are able to use a MUCH heavier weight – this means that even though we would get thirty reps in both examples, in our ten sets of three example we may end up lifting as much as triple the load for the same number of reps.

Having said that, there’s something odd that happens when you do ballistic exercises versus grinds like a press or squat – you can do double the reps. Pavel Tsatsouline wrote a fantastic workout years ago called Fast Tens. Here is what he explained:

Louie (Simmons) said to me: “Kettlebell lifts are slower than plyometrics—slow enough to work the muscles.” And you thought faster was always better!

True plyos must be very ‘touch-and-go’ in order to teach you to recruit your muscles more explosively and make a better use of stored elastic energy.

They are not meant to build muscles for that reason and because at the intensities involved you could not put up a high enough volume safely. If you are interested in the complex science of plyometrics, read Supertraining by Mel Siff, Ph.D., available from elitefts.com.

Unlike plyos that are too quick and too low rep, repetition quick lifts work the muscles most thoroughly.

As usual Pavel managed to find a way to make a good exercise better – his thoughts for quick lifts/ballistics was that they should be double the number of reps as for grinds. So if you’d normally press a weight – while training for strength – for five repetitions, you should grab hold of a similarly challenging weight for a set of ten swings.

But most people don’t. A genuine 10RM swing is a thing of savage beauty. It will test your grip. It will teach you to ground your body and drive into the floor. It will stress your erectors and teach you how to brace and produce power quickly. You can compound this effect by performing your swings one handed – a few sets of five to eight reps with a genuine RM load will test your entire body like you won’t believe.

One of the parts of the Hardstyle Swing is an active negative. The best teaching resource for the swing is Mastering the Hardstyle Swing by the king and queen of the swing Mark and Tracy Reifkind. This active negative allows massive forces to be generated on the downswing making it more similar in action to a plyometric than a lift. This is very important as these quick, high-tension lifts make gaining weight unlikely, and teach the body to quickly absorb and redirect force. 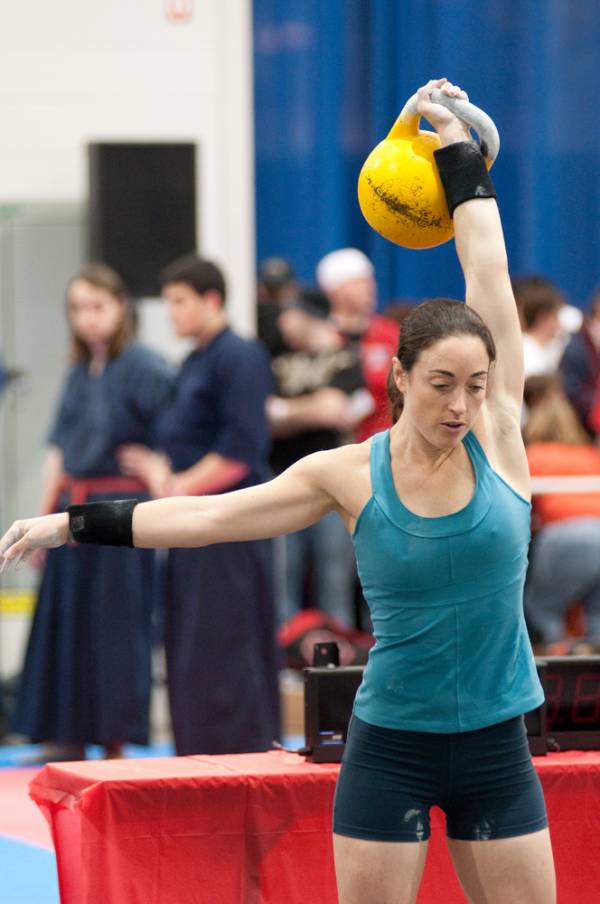 Recent studies by RKC Brandon Hetzler have shown there is a “Goldilocks bell” (one that is just right) for everyone for force production. He has found this to be roughly 30% of body weight. For him, his force production increases 14% when he swings a 32kg bell versus a 24kg bell (as he weighs 100kg this is as close as you can get with kettlebells) yet drops 2.7% when he uses a 40kg and drops a further 7.6% when he uses a 48kg.2

So if we’re planning to use the swing as our key tool for teaching force production, and remember that power has a speed component, we need that sweet bell where we can explode and keep the speed in our swing, rather than one we can barely budge.

But, and there’s always a “but” when it comes to training, we will still need to use a heavier bell at times to teach the body to be stronger. Maximal strength is as much a key factor in force production as speed is, so we need to address that, too. To do this we will need to do heavy swing sets with a bell potentially much heavier than what we can call our fast bell.

For experienced iron-heads you’ll be starting to see that what I’m describing is starting to look remarkably close to Louie Simmons famous Westside template, which has both a Maximum Effort day as well as a Dynamic Effort day – in simple terms let’s call these a strength day and a speed day.

Here’s how to program it for endurance athletes:

3-5 sets of 10 repetitions of Power Swings (as described in this article) These swings force you to be explosive. No cheating and letting your body move all over the place. The body must be locked up tight and the only action to begin is the drawback from the lat before firing the bell hard and fast.

Because we’re trying to be as fast as possible, allow yourself to take as much rest as you need – three to five minutes between sets is acceptable. This is not conditioning training! The purpose is to swing the bell as hard and explosively on every rep as possible and rushing between sets will only teach you to be slower and less forceful. That’s a quick path to defeat.

5- 10 sets of 5 -10 reps. Perform these as any kind of swing you want. My favorite here is one hand swings with the Beast (48kg). The one hand swing has been shown to allow for up to 180% of maximum voluntary muscle contraction through the waist and midsection when done properly – whole body strength in a single exercise.

Again, because we are now using heavy loads it is ok to rest between two and three minutes per set.

While this may not seem like much, for long term endurance athletes, with little history of strength training, these few sets will do amazing things to their running and riding. Give it a try and post your thoughts and results to the comments below.