When Trust Is Broken: How to Pick Up the Pieces

Recently a female grappler was allegedly raped by her teammates. This tragedy challenges us to question the role we play in shaping our community and preventing these atrocities.

EDITOR’S NOTE: This article was co-written by Valerie Worthington, Emily Kwok, and Lola Newsom, the principals in Women’s Grappling Camp, an organization that supports women in grappling and Brazilian jiu jitsu.

A news story is circulating in the grappling world, a horrible story alleging that two male grapplers repeatedly raped a female teammate on New Year’s Eve in a deserted parking lot before abandoning her there. She apparently had a lot to drink, and they offered to see her home safely. But instead, they were said to have performed unconscionable, heinous acts. Acts caught on the garage’s security camera. As women, writers, and members of the subculture to which the perpetrators and the victim belong, we feel compelled to comment on this.

But what comments to make? It shouldn’t need to be said that this was a horrific violation on multiple levels, that it is appalling if these men did the unthinkable to an unsuspecting and incapacitated woman, screwed those members of their gender who are good and decent people, and added to the fear women live with on a daily basis.

It won’t surprise us if people start to point fingers at the grappling community, citing the idea that it cultivates machismo and is based on violence. While we’re fortunate this has not historically been our own personal experience, it would be disingenuous of us to deny that there is an element of it in the grappling world, and that we as a community have some work to do on the education and expectations front.

That being said, this is not just a grappling community issue. The grappling community operates in a broader context within which elected officials (who I daresay have never trained) have been heard to suggest that “some girls rape easy,” and that if a woman who claims to have been raped ends up getting pregnant, then it clearly wasn’t a “legitimate” rape, because the female body has ways to “shut that whole thing down.”

We’ve heard many people discuss how over and above the heinous act of rape itself, what these perpetrators are alleged to have done, also violated their victim’s trust. Grappling is based on trust, as is probably every other athletic endeavor. When we train together, we trust that you are going to watch out for our safety, to follow the established rules, and to enter our encounter in a spirit of collaboration. And you trust that we are going to do the same. Without that trust, there would be no grappling. There would be a free-for-all. There would be an environment that upstanding men wouldn’t want to be associated with and self-preserving women wouldn’t want to subject themselves to.

On a different point on the spectrum, we applaud the comments we’ve read from people who are channeling their outrage into action, in the form of events, posters, and the like, to express their utter distaste, for lack of a stronger word, for this entire situation. This is, sadly, not the first time something this horrific has happened, not by a long shot. We won’t bother to list the myriad other news stories that have occupied the front pages in recent years chronicling horrific violations by people in positions of power. We’re sure you can think of a few on your own.

Unfortunately, this also means it’s not the first time we’ve seen and heard comments and actions like the ones above. We seem to cover the same ground time and time again, every time we catch wind of another violation. So let’s shift gears a little, and focus in a way maybe relatively few of us have on some of these unfortunate previous occasions. 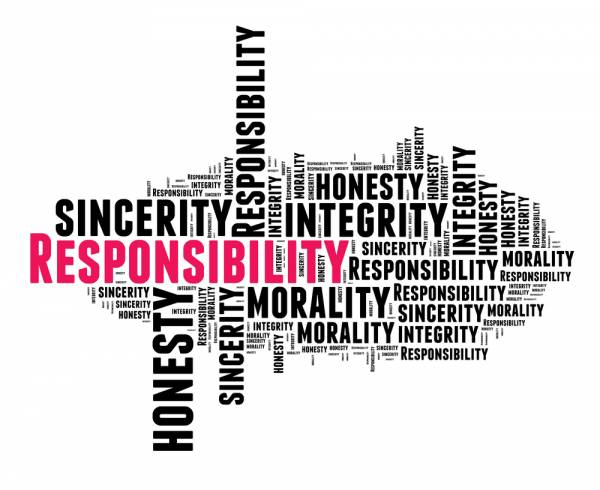 If you are shocked and appalled by this news story, ask yourself the following question: What are you doing to make sure this kind of repugnant act never happens to you or someone you love, to make sure no one you know ever commits this kind of repugnant act? No, not that person, male or female, who behaves in a way you disapprove of. No, not this subculture that you believe incites certain kinds of behaviors. No, not that sports team whose members got away with it in a way that sickens you. No, not legislators who just don’t get it. YOU.

How, right now, are you living each day in a way that reinforces the importance of self- and mutual respect, personal and communal responsibility, and The Golden Rule, both in your athletic practice and in your life? Do you do anything that undermines these social contracts, and, if so, do you hold yourself accountable?

Ultimately, the only people we can control are ourselves. And as people who fancy themselves to be decent human beings and reputable members of the grappling community, it is our absolute obligation to make sure every single one of our actions contributes to the greater good and to remember this is true long after this story slips from the front page, long after the perpetrators are (we can only hope) called to account, long after our outrage fades and we go back to normal life, conveniently forgetting that the victim in this situation may never have a normal life to go back to.

If you’re feeling defensive or uncomfortable right now, then we’ve accomplished our goal. We should all be feeling something, and we should be parlaying that feeling into acts of personal and communal responsibility – for the long haul, when no one is looking, when it would be easier to rationalize it away.