How Sucralose Can Make You Fat

Should we be consuming sucralose? According to the research, the answer is not so black and white. 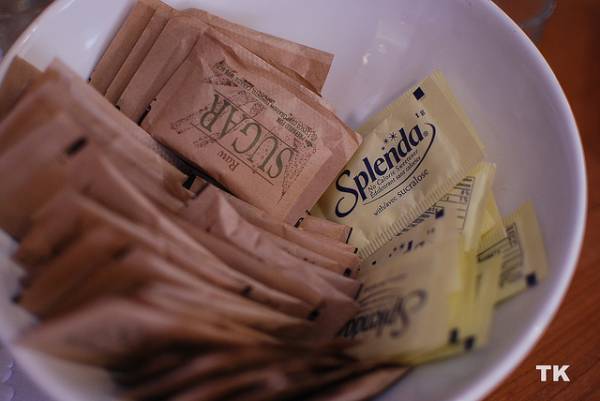 For decades we have been told to eat less and exercise more. This was the response to the surging rise in obesity rates in the United States. The thinking was if we could get into a negative caloric balance everyone would lose weight and the health of the country would start to turn for the positive. But the number of overweight and obese people continues to climb on a year-to-year basis.

The calorie-counting theory to weight loss also brought into the picture low-calorie foods and sweeteners. One of the most popular of these sweeteners is sucralose, commonly known as Splenda. Splenda is the nation’s number one selling low calorie sweetener. Is Splenda a better option for us to lose weight and maintain optimal health? To find out let us look at some of the research.

What Research Says About Sucralose

A meta-analysis done to determine if low-calorie sweeteners (LCS) led to weight loss has been done. The conclusion of this study was pretty fascinating. The researchers in the meta-analysis concluded that LCS were not correlated with decreases in body weight, but in randomized control trials they were.1 Why would the observational studies show no correlation with weight loss when the randomized control trials did?

Sometimes companies with commercial interests fund the research to try to show that their product is safe. Most of the studies showing the effects of sucralose are done on animals. No trial has ever been done on humans and the effects of sucralose for more than three months. This makes it difficult to draw up an educated conclusion. Therefore, let us try and understand the mechanisms by which sucralose effects the human body.

How Sucralose Can Make You Eat More

One of the human studies took seventeen obese individuals who did not use sweeteners and did not have insulin resistance. On two occasions they came into the lab and either ingested water or sucralose. When the subjects ingested sucralose there was a greater increase in peak plasma glucose as well as insulin secretion.2 Increased insulin secretion and plasma glucose levels can ultimately lead to weight gain and type 2 diabetes.

So will one Splenda in your morning coffee make you fat and give you diabetes? Absolutely not. The poison is in the dose. When it becomes over consumed or is consumed in a state of pre-existing metabolic conditions, it may be more dangerous. But that one Splenda may set the stage for overeating.

Rodents in the research actually preferred sweeteners to good, old water. The sweeteners will increase our reward response by releasing dopamine as well.3 This is similar to how drugs such as cocaine work on our body. The first time someone does cocaine the brain releases dopamine. But through prolonged dopamine release, the body becomes desensitized to the neurotransmitter and that person needs to consume more cocaine to get the same response. The same can happen with food. Research, again done on rodents, shows that the dopamine response when consuming sucrose is similar to that in drugs of addiction. Rats increased their consumption of sucrose from 37 mL to 112 mL per day.4

Now researchers have shown that sucrose and sucralose affect the brain differently. Sucrose enhances the brain’s dopamine response while sucralose does not, as shown in MRIs of research subjects post consumption.5 This may sound like it is a good thing, but in reality it is not. The increase in dopamine is necessary to shut off our food cravings and tell us we are full. Without that dopamine response we will continue to seek out sweet things and this may lead to overeating. This may explain one reason why some research shows that people actually gain weight when they use artificial sweeteners.

Again, this does not mean that one Splenda in your coffee in the morning is going to all of a sudden make you a sugar junkie. However, if you have a Splenda in your morning coffee, drink water or other beverages throughout the day that contain sucralose, and have an occasional sweet you may be setting yourself up for over-consuming sugar.

Sucralose and Your Gut Health

Also, if you have an autoimmune disorder or suspected intestinal permeability you may want to avoid sucralose altogether. Another study done on rodents over a twelve-week period showed that sucralose can negatively alter our gut flora. After twelve weeks, these rats showed decreased beneficial bacteria in their feces as well as an increased fecal pH.6 Again the poison will be in the dose, but the risk is high enough where anyone with suspected intestinal permeability or autoimmunity issues might want to avoid Splenda entirely.

So should we be consuming sucralose? The answer is not so black and white. There are going to be individual differences with tolerance. Those with autoimmunity problems should avoid sucralose altogether, but the rest of us can proceed with caution. Most of the research presented is done on rodents and we really do not know how those will transfer to the human body.

We do know that in humans, sucralose can increase plasma glucose and insulin, which makes it a bad idea for those attempting to lose weight or with pre-existing metabolic conditions. If you suffer from food cravings and sugar binges you may also want to avoid sweeteners because they may increase sugar cravings for humans. For the rest of us, focus on eating nutrient-dense real foods and that one Splenda in your coffee per day will not be an issue.