Did you know mushrooms can help your athletic performance? Learn about these three types of mushrooms that can boost your immune system, your endurance, and your training. 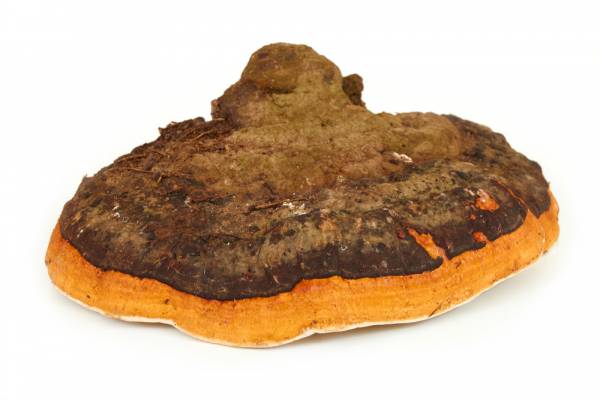 The use of medicinal mushrooms dates back to the ancient Egyptians and ancient Chinese cultures that used them to promote general health and longevity. The difference between medicinal mushrooms and the ones you order on your “cheat day” pizza are that medicinal mushrooms contain immune activating beta-glucans and other polysaccharides within their indigestible cell walls.

Polysaccharides are complex carbohydrate polymers and come in the form of starch, glycogen, and dextrans. They are stored in the liver and muscles to be converted to energy.

Beta-glucans are naturally occurring polysaccharides and are derived in the form of plant cellulose, the bran of cereal grains, yeast, and medicinal mushrooms.

Mushrooms contain biologically active polysaccharides in the fruit bodies and cultured mycelium (vegetative part of the fungus.). These polysaccharides are of different chemical composition, with most belonging to the group of beta-glucans.

What I find fascinating is that beta-glucans derived from separate sources have some differences in their structures. Mushrooms have short beta-glucan linked branches coming off their backbone and mushroom myceliums are made from an indigestible fiber called “chitin.” Because of this fiber, hot water extraction is the only method for breaking these polysaccharides out of the indigestible cell walls.

Okay, so now we’ve got the science down, but why do you want to take medicinal mushrooms? Because they will help protect and support your immune health. Medicinal mushrooms are also one of the few plant species that are an ‘immune modulator.’

Which means they can either up-regulate or down-regulate natural immune response as needed, and everyone can benefit from a consistent flow to their immune system.

I know that mushrooms do not have the most appealing taste to our pallets, but their unique nutritional compounds and medicinal quality make them an imperative ingredient to any diet. I can speak to this myself as throughout the past six months, I have dealt with some unexpected health challenges due to living in a toxic mold environment.

Because of this, my immune system became compromised and I was contracting one cold virus after another. Through the guidance of my naturopath doctor, I began to add more medicinal mushrooms to my diet on a regular basis.

Prior to the discovery of the toxic mold, I was only using cordyceps, but adding additional mushrooms helped my body build up immunity to toxins and viruses, while sustaining my strength and focus during my workouts.

Below, I have outlined the three medicinal mushrooms I discovered to be the most beneficial for me.

Cordyceps mushrooms improve your aerobic capacity, endurance, and post-workout recovery. They have important properties in enhancing athletic performance through increasing the oxygen carrying capacity of the blood and increasing the synthesis of ATP – the energy currency of the muscle cell. 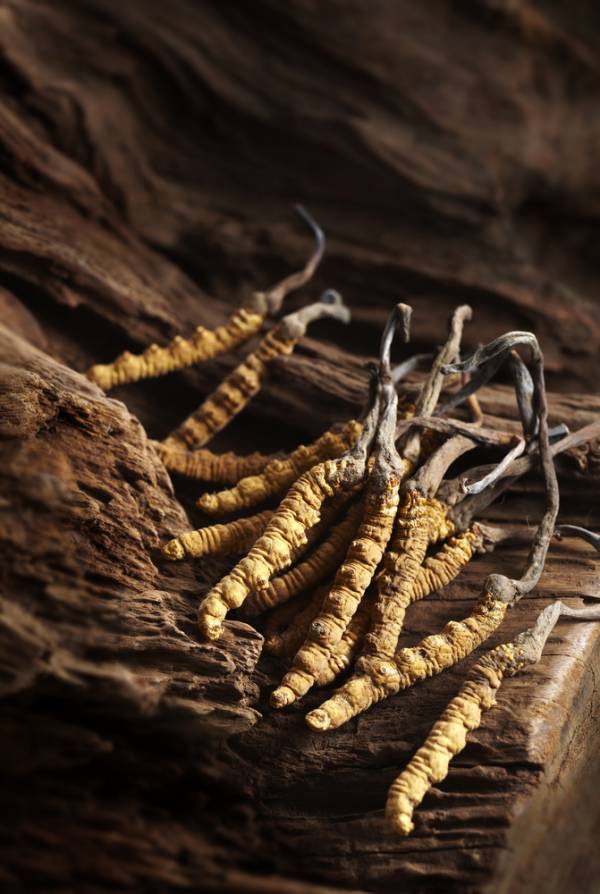 This, in combination with high-antioxidant levels that counteract the byproducts of exercise, cordyceps enables athletes to train more effectively for longer periods of time, and recover more quickly.

Cordyceps was introduced to the general public during the 1993 National Games in China, when three of their athletes set five new world records in distance running.

They were tested for the use of illegal drugs, but the tests came back negative. Their coach revealed that his secret was adding cordyceps to their diet because he knew its natural benefits to help improve energy, stamina, endurance, support healthy joints and cartilage, and sleep patterns. Improved performance is something we all desire within our sport or at the gym.

Tip: To get my dose of cordyceps each day, I add 1-2 teaspoons (about 100mg) to my morning smoothie.

Chaga is highly sought out because of its ability to work with the body to support the immune system, eliminate toxins, stimulate the central nervous system, maintain skin color and elasticity, and promote a youthful look. Chaga is one of the superfoods with the highest level of antioxidants (yes, it even beats out the acai berry), which help protect cells from free radicals.

Chaga is also an important adaptogen, which means its compounds increase the body’s ability to adapt to stress, fatigue, anxiety, inflammation, and changing situations.

If you are planning to enter the CrossFit Open, perform a triathlon, or enter a weightlifting competition, chaga should be a daily staple to your diet. You can purchase chaga in the powder form and make a delicious tea.

There are six types of reishi mushrooms, but the most commonly used in the herbal field is the “red reishi.” It is often described as “the mushroom of immortality” because it is a supreme immune tonic. 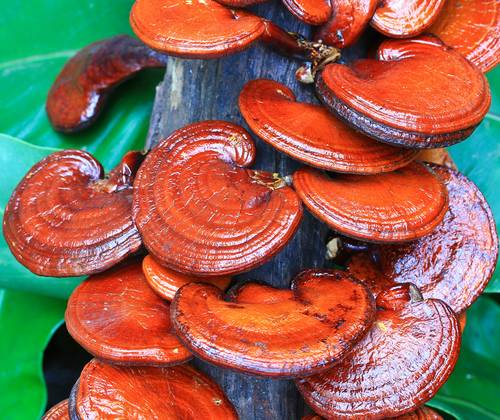 It helps strengthen your immune system to fight off toxins, viruses, and bacteria, and also improves your blood circulation.

Along with cordyceps and chaga, reishi is another powerful adaptogen. Reishi also helps to lower blood pressure, cholesterol, and blood sugar. Many Chinese athletes use reishi as a performance-enhancing tonic and mountain climbers use it to combat altitude sickness. This mushroom is great to add to your daily routine, especially in winter when viruses run high. Reishi has a very earthy and bitter-wood taste.

Tip: I currently take it in the form of a tincture, but it can be brewed as a tea if you are brave enough.

Once you learn about all the benefits of medicinal mushrooms, you may be wondering about the best way to add them to your diet. The easiest route is to purchase them in capsule form.

The brand I have used and trust the most is New Chapter LifeShield Mushrooms. I also buy mushrooms in powder form and add them to my protein smoothie or make a tea. There are also various raw chocolate companies that infuse their chocolate with medicinal mushrooms.

If you begin using medicinal mushroom, I suggest taking them in combination because of their synergistic effect. This will enhance your immunity more than taking them separately.

Also, buy organic medicinal mushrooms when possible because mushrooms tend to concentrate pesticides and heavy metals from the soil.

As with any herbal supplement, it is always important to contact your health care provider before you add in multiple herbs to your daily diet.