Are Your Goals Game-Changing (aka Life-Changing)?

Only 3% of Americans have written goals for themselves. Do you have concrete goals you are after? Are any of them true “game-changers” if you achieved them? Or even if you simply pursued them?

I spent a number of years working in the private security sector. Some days it was fascinating work being shuttled from country to country in private jets, living on yachts, and out of multimillion dollar villas around the world. Some days it meant being cooped up in a windowless office for 12 hour shifts making sure my client’s art collection went unmolested in an empty house.

On those long lonely nights I made sure to stop by the library on my way in to work to pick up a book on tape or some other way of keeping my brain occupied for the evening. Success books by the likes of Tony Robbins, Zig Ziggler, Napoleon Hill, and Brian Tracy became staples as they represented a path to a life filled with action, adventure, and international mystery – or at least the courage to ask for a small but reasonable pay raise.

According to author and life/business-coach Brian Tracy:

Goal-setting will do more to help you achieve the things you want in life than will anything else you’ve been exposed to. Becoming an expert at goal-setting and goal-achieving is something that you absolutely must do if you wish to fulfill your potential. According to the best research, less than 3 percent of Americans have written goals, and less than 1 percent review and rewrite their goals on a daily basis.

I was always fascinated by the goal setting statistic Brian Tracy had in his material – 3%. Really? Only 3% of Americans have written goals? This was fascinating as I could remember having written goals as a 10 year old. Was I some kind of Type-A prodigy child who felt the need to apply Paretto’s law to my fort building? I don’t think so. What I was however was a Wilton YMCA Wahoo swim team member and that meant that I had to have written goals.

Learning about goals and the power they have over behaviors, patterns, habits, and the like at such a young age has proven valuable throughout my life. It has guided my business life, athletic life, and personal life as well.

Now there are goals – and there are GOALS. What we’re talking about today are the big ones. These “game changers,” as I like to call them, are more about the big picture than the day-to-day actions that see them through.

What is your game changing goal? It’s a great question to ruminate upon as its achievement should live all the way up to its name. If you don’t know what it is, what could you imagine that it could be? 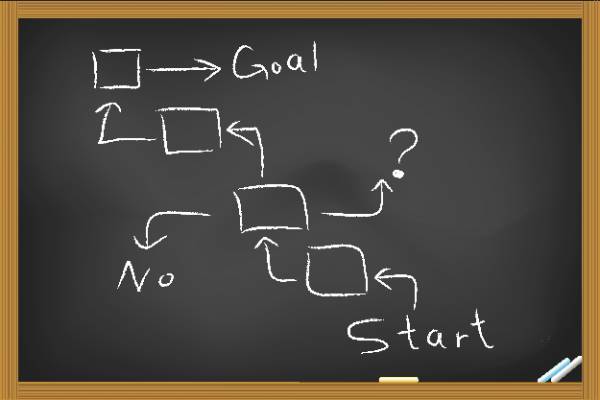 For me personally, many years ago, my game changing goal was to fight in an MMA match. It was a decision that shaped just about every other decision I would make over the four year period that followed. I knew the effect of achieving that goal would be something that would shape the rest of my life. I knew the end justified the pain and sacrifice of the means – and the adventure spent living the initial decision all the way to the fight would provide a color and texture to my daily existence that would not be there otherwise.

For some people this game changer is about business and can come in the form of:

For others the game changer is about fitness and comes in the form of:

And for others still the game changer is about health and comes in the form of:

Spend a few minutes with yourself and a pad of paper and let your mind wander for a little while. Ask yourself what game changers are out there waiting for you to make the decision to go after them. The quality of your life awaits your decisions!