Filtering Fitness: How to Find the Truth When Reading About Training

Over the years I’ve learned to filter what I read about fitness – filter out programs not for me, filter out advertisements for supplements, and get to the nuggets of real truth and success.

I remember when I first became interested in weight training. I was thirteen and I had just watched Conan the Barbarian. This was the mid-80s and all of a sudden muscled-up action stars were everywhere – Arnold, Sly, Van Damme, and anyone else who could force out a few witty lines while pretending to shoot a gun and flex their biceps.

Overnight I became interested in lifting weights. My brother and I bought a weight set, bench, and Arnold Schwarzenegger’s Bodybuilding for Men book. And just like that I was hooked. Not long after, I bought my first copy of Flex and promptly went home and did Bertil Fox’s arm routine that had twenty-two sets of bicep work in it. No wonder I couldn’t move my arms the next day.

I spent the majority of the next decade wondering how come I didn’t grow like I was supposed to. No one ever thought to explain tome that those guys were (a) genetic freaks and (b) gassed up to the gills and unless I wanted to raid the local veterinary clinic I’d never look like that.

These days it’s different. There are so many good sites that have tons of amazing content on them written by some very clever coaches. While that may seem like an advantage, it’s not always in your favour.

For example, let’s say I am a powerlifter and squat 500+lbs in training for reps. You are a new devotee to the iron and, while keen, are not yet even able to squat 200lbs for one. Do you think that when you speak to me, with my 500+lb squat, that what I think is important for my squat and what you need to help your squat are the same thing? Don’t you think there’s a fair chance that I’m speaking about what I’m doing right now to bring up my squat? There will probably be all kinds of stuff in there – some speed work, maybe bands and chains, and maybe some assistance work to bring up lagging weaknesses. Meanwhile what you need is to gain some mobility so you can actually achieve full depth in your squat and just do some consistent squatting.

Given most people who get into working as a trainer have a love affair with lifting heavy, and likely are very good at it, it’s fair to say that many of them have genetics that are different to mine. I can think of quite a few big name coaches from whom I simply can’t take program advice. It’s just not for me. I can think of some quite well known programs I have tried that have seen others I know stack on huge amounts of weight and make big gains in strength. Usually they’re filled with high intensity style training – complexes, drop sets, or even just multiple sets of low rep work. Those sorts of programs usually lead me to burn out or become injured.

I’ve never been a big strong guy. I don’t think my voice even broke until I was about sixteen or seventeen. Tall and skinny as a kid, I was athletic, but really underpowered – perhaps another reason why I knew deep down that I needed weight training to try to bridge that gap.

So, when I’m reading something from someone who maybe was a competitive lifter or works with them, a guy who has displayed lifelong excellence at one-rep efforts, isn’t it reasonable to keep in mind that the ideas are right, but the format might not be? Life gives you plenty of clues about this stuff – I’ve never been successful athletically at anything that takes less than five minutes to do – so why would I try to train like someone who is a polar opposite to me?

If you’ve ever read a program for an elite lifter or speed and power athlete, you’ll know it has low reps and really high intensity. That’s great for those guys, but it’ll just about kill me. So, I need to be careful to keep in mind who the coach is actually thinking of when he or she wrote this and then modify it for me. 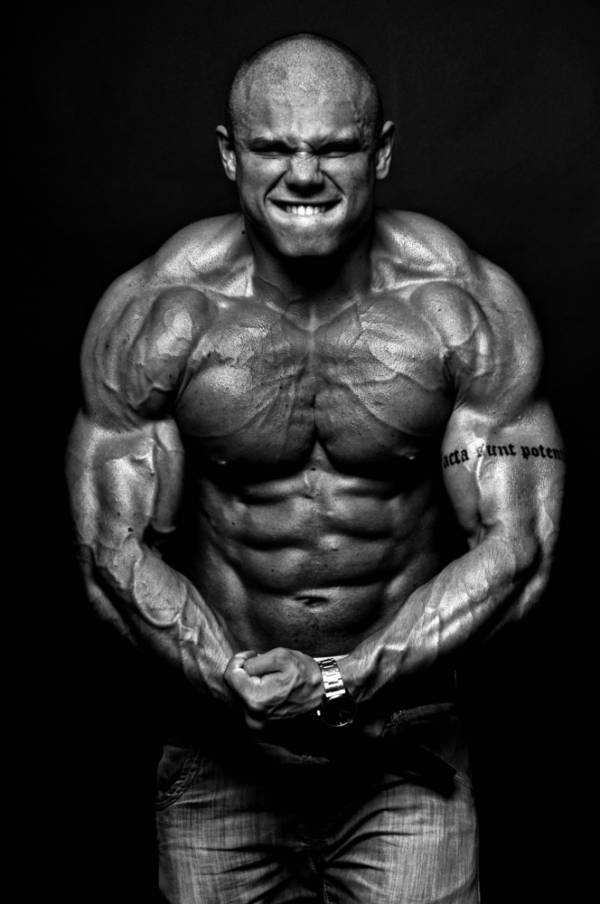 The next part of filtering out what I need when I read articles is to remove the blatant sales copy. It’s common knowledge that many content providers are also selling supplements. Many of the articles written are nothing more than long-winded sales copy trying to get twenty year old guys to buy something that “feels like deca” (A popular steroid and an actual sales line used by EAS way back in the day).

I have no problem with companies making money. After all, if they didn’t make money I wouldn’t be able to make a living writing for them. But if I read that a certain brand of fish oil is superior to another, but is sold by the magazine company’s own supplement brand, I may have to question whether what I really need is that particular brand of fish oil or just to buy some fish oil.

And that’s what the filtering thing is about – look for the thread of truth. I always think it’s like being a reporter looking for an eyewitness account on an accident. Everyone will have a slightly different version of the story and we need to look for what they all say in common to piece together what actually happened.

Training programs are no different. One coach may suggest doing five sets of five while another may suggest four sets of six. People get so bogged down in this detail they miss the fact that both coaches are suggesting doing roughly twenty-five reps of a big exercise.

Some common sense guidelines that I’ve developed for myself over the years when reading and following programs: