The Accidental Leader: How Doing Your Thing Can Be Just the Thing

We may not be motivated by the desire to demonstrate leadership qualities when we become the arbiters of our own, most authentic lives, but we kind of can’t help it, it seems.

I attended my college reunion a couple weekends ago. It was exhilarating and overwhelming, the kind of event where it takes you three hours to walk twenty yards to the rest room (or, in the interest of full disclosure, the bar) because you keep getting accosted by people who want to say hello and to whom you want to say hello. It was also virtually impossible to see any single conversation through to its logical conclusion for the same reason. So I was left having learned the names of only two of Person X’s three children and the company Person Y used to work for before leaving in disgust for greener pastures. It was a great problem to have, feeling like I didn’t have nearly enough time to spend with dozens of wonderful people I don’t get to see nearly enough and who remind me of simpler, more idyllic times.

Given this penchant for nostalgia, I suspect I am like many people in that this reunion prompted me to take stock of the life choices I have and have not made. For the most part, the only regrets I have are consistent with the saying about only second-guessing what you haven’t done. It’s still a time for introspection, though, at least for me. But I also experienced something else over the weekend that I found myself describing as “accidental leadership.” Here’s an example of what I mean:

At the fancy-schmancy lobster dinner our alma mater put on for us, one of my happenstance conversations involved me and three guys, who had been on the heavyweight crew team back in the day. So in addition to being mighty tall drinks of water and cool dudes, these guys always seemed to me to be the type to eat iron and sh*t nails, to constantly look for ways to challenge themselves physically, enduring long, early morning hours on the water and in the tanks and doing God knows what else to prepare themselves for rowing season. (And they were doing all this while I was likely sleeping through class after having enjoyed too late a night in one or another fraternity basement.)

In light of this, I have to admit to being a little taken aback when one of the guys informed me he is a fan of mine from afar because of my grappling and CrossFit escapades, and when the others started asking me my opinion about both of these domains. I had prior conversations with two of the guys over email in recent years. One’s son had begun training BJJ, and he himself had become a CrossFit enthusiast as well, partly after hearing me discuss the benefits I had accrued. The other was looking for a way to get back into shape after twenty years of life happened, and they had both asked me for suggestions and excitedly reported what they were learning.

And by the time I saw them, they had shared the word with other tall, nail-sh*tting friends. They were excited to talk to me about how CrossFit and BJJ had affected my life, and to share with me what it had afforded them in theirs. 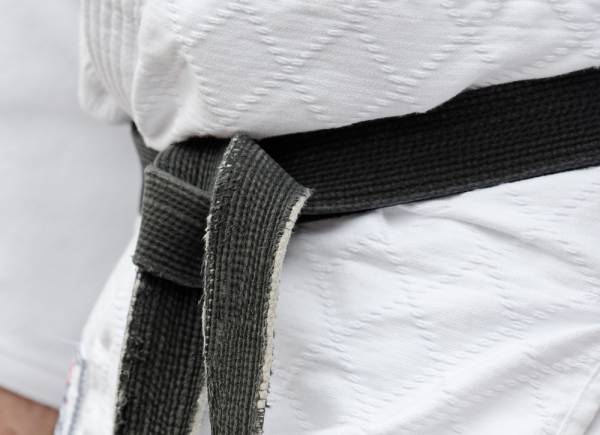 I realized that while I live (or at least try to live) according to what works for me, my efforts to become my best self have the capacity to positively affect people I didn’t even know were paying attention. People I never would have thought could find inspiration in anything I do, because they seem so much more accomplished and experienced than I, were telling me the opposite, and were indicating that my decisions about my own life had inspired them to take chances in theirs. I started to think about all the people who motivate and inspire me just by being themselves, and I surmised that they (we) are all accidental leaders. We do our thing for our own reasons. But by being true to that thing, we may very well help people find their own thing, perhaps by creating a path that didn’t exist or illuminating one so others can see it.

I teach a course in how to teach psychology. In that course, I emphasize to the students who have not yet ever taught in the formal sense that they are teaching all the time – in their jobs, in their roles as parents, siblings, friends, etc. This weekend drove home for me the absolute truth of that statement. We may not be motivated by the desire to demonstrate leadership qualities when we become the arbiters of our own, most authentic lives, but we kind of can’t help it, it seems.

So as I was digging into my lobster after parting ways with these guys, I realized that every life has reverberations into others’ lives. It made me grateful that I got to learn about the effect mine was having on other people. And even if we don’t get to hear about how our lives affect others, they do. We are all accidental leaders in our own ways.