The Best Defense Is A Good…Defense

I’ve coached boxing and muay Thai for some time now and this much I can tell you – people like offense. Unless one is a glutton for punishment, they typically don’t want to practice getting hit.

We’ve all heard the old phrase, “the best defense is a good offense.” And sometimes the opposite is also true – the best offense sometimes is a good defense. In fact we cannot be proficient in one without learning and mastering the other. But for some, “defense” sounds like a good excuse to sit back and wait. After all, we are a society and a culture of getting things done and we don’t sit back. Our heroes are folks like “Old Blood and Guts,” the famed World War II general, George S. Patton – always on the attack.

I’ve coached boxing and muay Thai for some time now and this much I can tell you – people like offense. People like to practice their punching, kicking, elbows, and knees. For the most part they love hitting bags, pads, and even people. However, most do not want to practice their defensive technique, footwork, or positioning. Unless one is a glutton for punishment, they typically don’t want to practice getting hit either.

When I first started training in the martial arts in Shaolin kung fu, Sifu would make us spar at the end of a grueling three-hour class. The kicker was you never knew when it was your turn to be called. The waiting was pure agony. Was it my turn to get hit? I always hoped and prayed he wouldn’t pick me. My first sparring episode resulted in a slight cut and I immediately rushed over to the mirror to check my face – right in the middle of sparring. Sifu NEVER let me forget.

I didn’t learn to accept and endure sparring until I started boxing and learned the tremendous respect involved in the process. In my practice as a boxer and coach we refer to this respect as “volume control.” That is, both opponents in sparring have a say in the volume of intensity in which we “practice” fighting. Sparring is meant to better and learn. It is not necessarily a means to an end for outright victory as much as it is a learning experience.

What one learns above all else in sparring is defense. You can hit a bag all day long, but that bag doesn’t hit back. It’s in the practice of sparring that you learn where you are vulnerable and where your weaknesses are. Fighting is about forming patterns and then breaking them. My coach John says, “Three strikes and you’re out.” That is, he studies his opponent’s patterns and as soon as a fighter repeats a mistake twice (for instance, dropping his right hand away from his face as he throws a jab) John makes the fighter pay on the third time around. 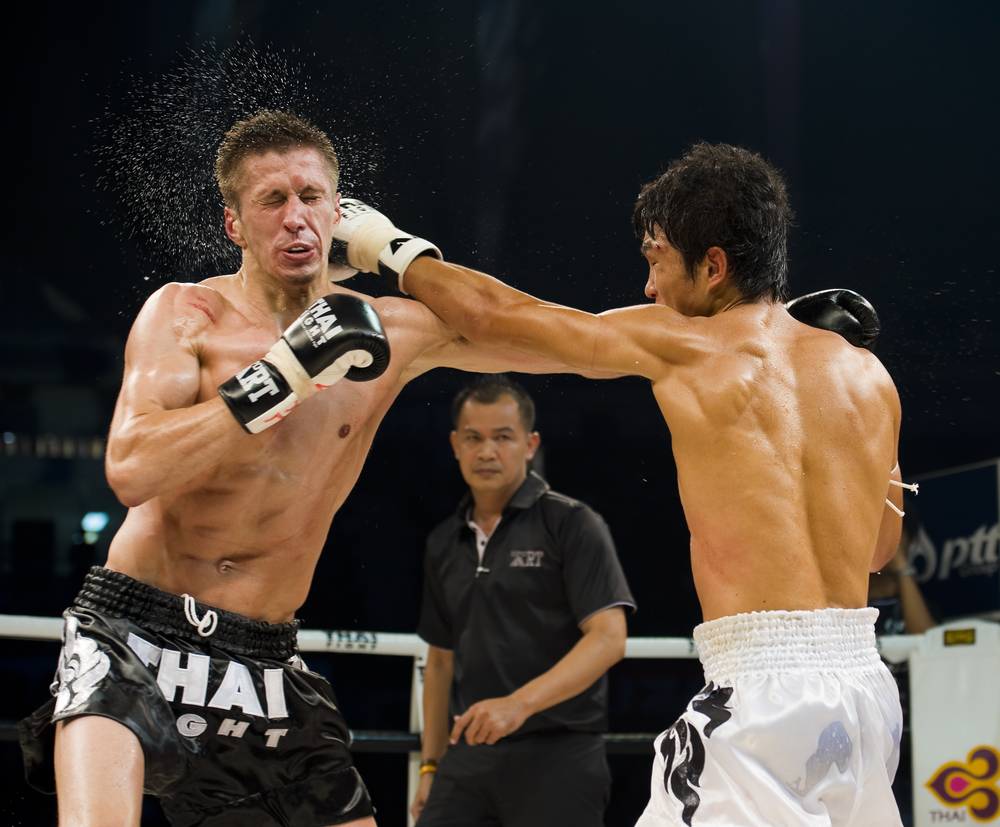 Ironically, as fighters get hit and learn from their mistakes they end up getting hit a lot less. I always tell my students the best defense is to not get hit. Shield blocks can protect your chin, but ultimately, you’re still getting hit. After a while getting your cage rattled takes its toll. Much better to slip, duck, or roll a punch with a bob and weave. These defensive maneuvers not only save us from impact and getting hit, but they also set us up to counter punch. My coach constantly has me practicing head movement and footwork with this end result in mind. After you throw a punch, you move your head and/or your feet. As Apollo Creed’s trainer used to say in Rocky, “stick and move.” In fighting and in life we must constantly ebb and flow between offense and defense, and between attack and preparation.

We must study our “enemy” and prepare accordingly in our defense if we are to truly gain victory. This is done by examining both our own and our opponent’s weaknesses, destructive habits, and patterns. In boxing and muay Thai, if we keep getting hit in a particular scenario we know we have to change it up. In fighting as well as in other arenas in life, we play good defense by choosing when and where we fight. Those battling weight loss, addiction, and ruinous habits notice the triggers and avoid the scenarios and people that bring these about. In noticing these warning signs, people can make adjustments and form new habits and patterns. In short, it’s about breaking the cycle and playing defense.

Being “on guard” means dictating when and where we fight. As we become proficient in our defense we start to anticipate rather than react. When people attack, we use their aggressive energy against them. When they retreat, we maneuver and counter. As Sun Tzu also says, “So it is that good warriors take their stand on ground where they cannot lose, and do not overlook conditions that make an opponent prone to defeat.”