3D Analysis of the Starting Position of the Snatch

Using 3D cameras, researchers examined the starting position of the snatch, one of the Olympic lifts. There intention was to determine the difference between successful and unsuccessful lifts.

A recent study in the Journal of Strength & Conditioning examined the start position of the snatch, one of the Olympic lifts. Previous studies have mainly focused on the peak vertical bar velocity of the movement. This study, instead, measured start position, based on degrees of ankle, knee, and hip flexion.

The aim of the researchers was to provide quantitative analysis and empirical evidence for coaches to base their instruction upon. While the starting position of a snatch may be very individual, research like this allows for advice on positioning to be based on science. Researchers believed that in comparing successful and unsuccessful snatch attempts there would be a difference not only in the peak bar velocity but also in angles of the pelvis, hip, and knees at the starting position.

The subject tested was a 25-year-old novice weightlifter with less than six months coaching in Olympic lifting. Over the course of the study, the subject completed 133 snatch attempts over 11 different 90 minute training sessions. Three to six rest days were scheduled between each session. The total span of testing was kept to 28 days, to reduce the subject’s training adaptation.

Researchers believe, based on their findings and the lack of importance of peak bar velocity that factors more likely to play a part in a the success of a snatch attempt are: 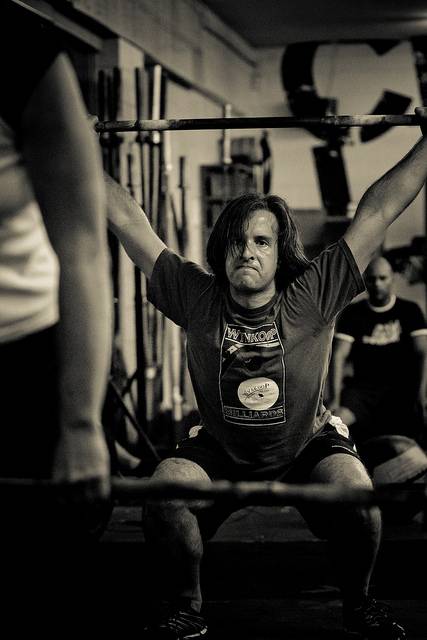 When measurements of joint angles were studied, no difference was found in the angle of the pelvis between successful and unsuccessful snatch attempts, but researchers noted an increase in ankle dorsiflexion of 1.9 degrees in unsuccessful lifts. An increase in dorsiflexion would mean the top of the foot is closer to the shinbone or in the case of Olympic lifting that the shins and knees are not behind the bar.

In terms of knee and hip joints, differences were observed between the 70kg and 75kg loads. The hip was 2.5 degree more flexed in the 70kg lift than the 75kg lift, and the knee was 3.8 degrees more flexed. “The partition modeling highlighted the pelvis and hip joint angles as key features to the success of the attempt for the subject,” said study authors.

The partition model and “decision tree” generated by the research are explained as follows:

Based on this study, researchers believe the key points of coaching should be the anterior tilt of the pelvis and flexion of the hip at the starting position.

Researchers also suggested future studies should examine the width of the feet in starting stance and the placement of the bar in relation to the feet, and that 3D models could be made of individual athletes to pinpoint variations and make necessary adjustments in technique.