Fat, or adipose, tissue was traditionally known as a passive source of stored energy. However, fat is now known to also be a very active endocrine organ, able to produce hormones that play a significant role in the body and have an impact on overall health. While this function is normal within individuals with a healthy body fat percentage, the function of fat cells as an endocrine organ becomes altered with high body fat levels, contributing to the development of metabolic syndrome, insulin resistance, and type 2 diabetes. It is very important to understand the risk factors associated with excessively high body fat percentage.

Adipose tissue is composed of white fat cells, which contain a large lipid droplet surrounded by cytoplasm with the nucleus on the periphery. When excessive fat is gained, these fat cells increase to four times their original size before dividing into new cells. Fat gain also alters the normal secretion of certain molecules throughout the body. While the exact mechanism is unclear, studies suggest that excessive adipose tissue can initiate an acute inflammatory response.6 Bone-marrow derived immune cells respond by infiltrating adipose tissue, and releasing certain molecules that can induce changes in fat cell activity and lead to chronic inflammation.6 This immune and fat cell activity cause downstream effects that can significantly affect your health when excessive adipose tissue exists in your body. Some of these effects are explained in further detail below.

Interleukin-6 is another molecule released in greater amounts from excessive adipose tissue. Like TNF-α, IL-6 also down regulates GLUT-4, further reducing insulin function and contributing to insulin resistance. Increased IL-6 concentrations also induce the liver to release excess amounts of C-reactive protein (CRP) and fibrinogen in the blood, which are two of the major risk factors for cardiovascular disease and type 2 diabetes.6 IL-6 also increases the concentration and activity of blood platelets, which increases the risk for blood clots.2 The activity of cells that line the blood vessels, such as endothelial cells and smooth muscle cells, is also affected by high IL-6 levels, contributing to vascular wall inflammation and damage.4 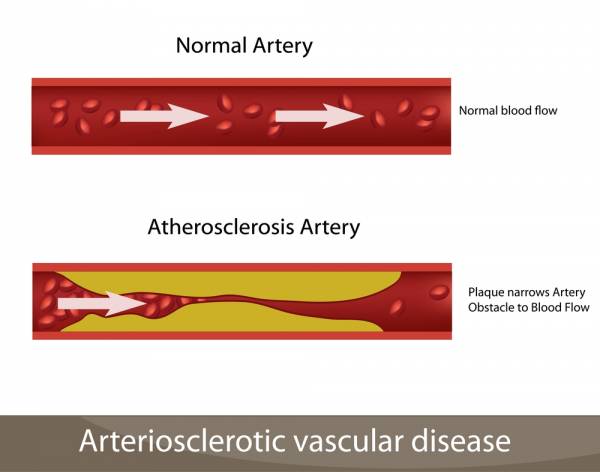 adiponectin. This protein’s main function is to inhibit the buildup of adhesion molecules along blood vessel walls that lead to plaque formation. Adiponectin concentrations decrease as adipose tissue accumulates, placing you at greater risk for plaque formation, cardiovascular disease, and insulin resistance.3 Researchers believe TNF-α may be one of the contributing factors to the decrease in adiponectin concentrations.6

To further illustrate the dangers of accumulating excessive fat stores, a study by Bodenet al. (2008) in the Diabetes journal suggests fat cells from obese individuals are “sick,” due to significantly higher levels of stress to the cell. The authors explain that a constant influx of excess calories into fat cells can induce stress to the endoplasmic reticulum (ER), which is responsible for synthesizing lipids for storage. This stress triggers ER stress sensors, which activate various pathways in the body to alleviate stress. Researchers believe that this ER stress may be a contributor to the inflammation and insulin resistance associated with diabetes.

In conclusion, adipose tissue does much more than only serve as an energy source. Fat cells are very active, able to communicate with immune cells and initiate an inflammatory response with excess calorie storage. Both fat and immune cells secrete various inflammatory factors that negatively influence normal and healthy functions of the body. As these responses become chronic with significant fat gain, you are at greater risk for chronic inflammation, cardiovascular disease, insulin resistance, and diabetes. Therefore, no matter how active you are, it is important to keep your body fat percentage at a reasonable level in order to maintain long-term health.

Dr. Dozie Onunkwo is an independent nutritional consultant, writer, and entrepreneur. Since attaining his Ph.D. in biomedical engineering from Purdue University in December 2010, he has applied his research training to the health and fitness field. He currently writes for his blog, UnbiasedHealth.com, and LiveStrong.com, and has had previous publications in the Southern Indiana Fitness Source and Fit & Firm Magazine.

He provides nutritional counseling sessions at International Sports Clubs in Lafayette, IN, where he recently provided nutritional guidance to contestants in the New Year Resolution Reality Weight Loss Contest. He also works as a nutritional advisor and volunteer with the Lafayette-based, non-profit organization, Cooking With The Troops, a 501(c)(3) charity that supports U.S. and Allied troops, their families, and caregivers by providing comfort, nutrition, and hope through food events, culinary career training, homefront support, and frontline support.