8 Things to Ask Yourself When Choosing Your First Race

I started running at age 45 and I’ve learned a lot. To help you pick your perfect first race, or your perfect next race, here are 8 important questions for you to ask yourself to ensure success.

In December 2008, at the age of 45, I signed up for my first 10K race and contracted Adult-Onset-Athletics. It saved my life. I was spending way too much time behind my desk at work and was desperately trying to kick start an exercise habit. Just before New Year’s, I saw an advertisement to train for a popular 10K race the following March. I felt giddy with excitement when I registered for the City-Pier-City in The Hague, where I live. I was not a runner and the race seemed like a crazy idea.

In December 2008, at the age of 45, I signed up for my first 10K race and contracted Adult-Onset-Athletics. It saved my life. I was spending way too much time behind my desk at work and was desperately trying to kick start an exercise habit. Just before New Year’s, I saw an advertisement to train for a popular 10K race the following March. I felt giddy with excitement when I registered for the City-Pier-City in The Hague, where I live. I was not a runner and the race seemed like a crazy idea.

I had so much fun that day I just kept running longer and longer distances. A year later, I was training for my first marathon, which I ran in Rotterdam in April 2010. About six months later, on a dare, I competed in my first middle-distance triathlon. Thankfully, the “cure” for AOA is to just keep moving.

Over the last four years, I’ve run in dozens of races, completed my first marathon, and participated in my first half Ironman. In the process I learned a lot about selecting a big race (sometimes by getting in over my head). I’ve put together a list of questions to ask yourself when you’re thinking about your first big race, or even just your next race. These questions are designed to help you have a successful (and fun) experience.

1. Does Thinking About the Race Excite You?

Yes? Keep reading. No? Pick something else. An event should be exciting enough that you want to put in the time necessary to prepare for it. And the event itself should be worthy of your investment.

Considering your physical condition, how long will you need to train to be ready for this race? Many training programs are between twelve and twenty weeks. If the race is too soon, you might be tempted to train too intensely and simply hurt yourself. If it’s too far away, you might come into form too soon and be unable to maintain your conditioning. The point of a good training program is to help you peak at the starting line while preventing you from training yourself into the ground. 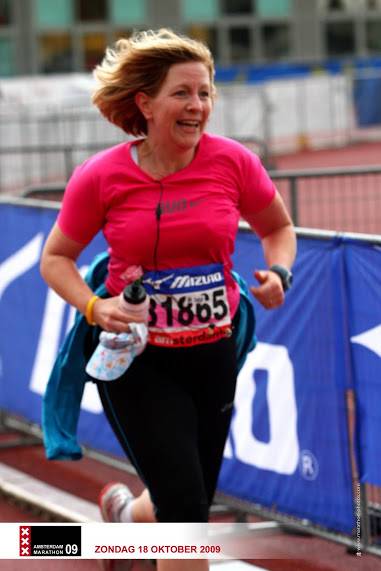 Immediately after my first 10K in March, I was so stoked I wanted to race again. But I couldn’t conceive of running a marathon or even a half-marathon. So I picked out a 15km race in Paris, the Paris-Versailles Challenge, in September. Then my friends starting talking up the Amsterdam Half-Marathon in October, and after a few weeks I registered and updated my goals. I needed the full six months to improve my running ability enough to complete the half within the course time limit. I had a fantastic experience in Amsterdam and set my sights next on running a marathon and started looking around.

3. Can You Make the Course Time Limit?

Your next consideration should be whether you could meet the course time limit. The Amsterdam Half allows three hours. In 2009, I finished happily in 2:39. Six months later, I struggled to finish the City-Pier-City within the 2:30 limit and ended up just behind the sweepers. Even though I had really improved my time, I didn’t feel very happy about just missing the official finish. I tried again last year and I cut my time again to 2:22.

Course time limits played a part in selecting my first marathon too. The first one I considered was a small club race that took place three months after the 2009 Amsterdam half. This date gave me enough time to train, but I would have needed to finish within five hours. Considering my ability then, that race was simply beyond my reach. My coach and I agreed on the Rotterdam Marathon, which is run in April with a 5:30 limit. The early April date race also meant I trained all winter, mostly running outdoors in either rain or snow, and I finished in 5:30, just as planned.

Keep in mind the race date will also dictate when you will be training. A spring race means winter training. Are you okay with that? Racing in the fall means training over the summer. Will your family mind sharing their summer vacation with your training plan?

5. What Training Is Required?

Once you’ve identified a race that looks good, consider what kind of training the course will require. I mentioned the middle distance triathlon before. A friend who lives in a mountainous region in France suggested we race the Bustinskin Middle Distance Triathlon on the Isle of Portland, in the United Kingom. I live in flat, flat, flat Holland and had very little mountain cycling experience. I did not look at the course profile before registering. And as a rank beginner living in a flat country, I really had no idea what I had gotten myself into. 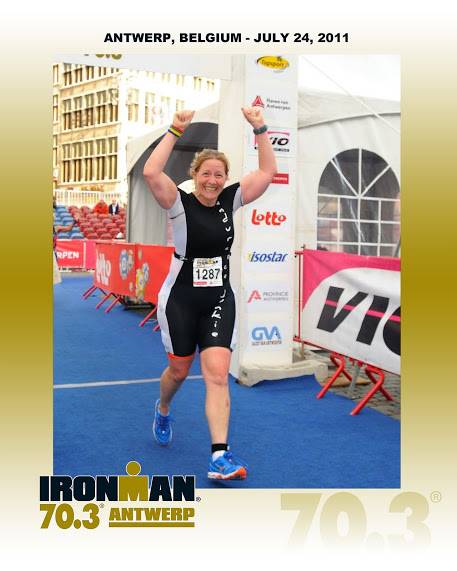 I knew I was in trouble when we drove the bike course the day before the race. There was no way I could climb all those hills after training all season on flat land. The first hill alone was a twenty percent grade. I timed out after six and a half hours and climbed in the meat wagon with a DNF. The next year, I picked a course in Antwerp – as flat as where I live – and finished easily. If you select a race that has a profile more difficult than your training grounds, you will need to figure out how you adapt your training to be prepared for race day.

You may also want to consider how far away the race is from where you live and whether your family wants to come with you. We made a long family weekend out of the race on the Isle of Portland. I was glad my family came along, but I’m not sure I was good company either before or after the race. And in the end my training partner from France didn’t start, thanks to a strike by the French railway. So be prepared to start alone, even if you’ve been training all season with a friend or partner who plans to race too. 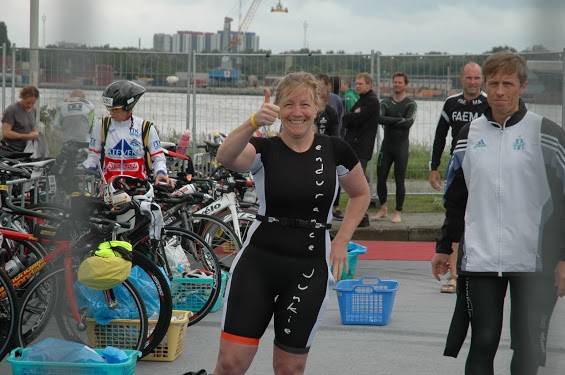 7. Have You Read the Race Reviews?

When you are researching potential races, you may be able to find reviews by other athletes who have participated in the past. These reviews can help you think about what kind of race you would enjoy. How many participants will there be? Do you want a big party or an intimate gathering? Is a brand name important to you? Or would you prefer a local club race for your first time? Rotterdam was one big party for nearly the whole 42 kilometers. I loved the live bands and the crowds. They helped me finish.

8. Does the Race Fit Your Life?

The last tip I want to offer is to ask yourself how the race fits into the rest of your season and the rest of your life. I try to plan the whole season at the same time, using shorter races to help me prepare for longer ones and to avoid overtraining. I also try to plan something fun after the big race to ward off the inevitable post-race blues.

I hope this helps you find success in your first big race!