Dan Sullivan began his journey in the fitness industry in 1998 after graduating from Rutgers University with degrees in communications and psychology. The choice to work in fitness was a divergence from Dan’s original plan to pursue a career in law. However, it quickly became apparent that he had a true passion for the field of health and fitness. Starting as a personal trainer, Dan quickly rose through the ranks to hold positions including Director of Education, Director of Small Group Training, and ultimately Fitness Director. Today, Dan co-owns and operates CrossFit The Rack in Paramus, NJ. In addition to two Bachelors degrees from Rutgers, he also holds a BA in business economics and a Masters in exercise from Montclair State University. Dan’s certifications include NASM Certified Personal Trainer, NASM Corrective Exercise Specialist, CrossFit Level 1, CrossFit Level 2, CrossFit Level 3, CrossFit Endurance, and CrossFit Olympic Weightlifting. Dan has written for several media outlets including The North Jersey Media Group, Chiropractor Monthly Magazine, and VPX Sports online.

Obesity, Appetite, and the PYY Hormone

By now it should come as no surprise that there exists a very serious worldwide obesity epidemic. After all, television’s hit show “The Biggest Loser”

Have you ever finished a killer workout and known it was going to leave you sore in another day or two? This post-workout pain and 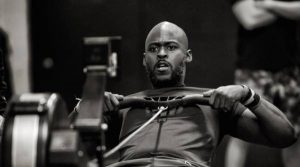 The Anatomy of a Training Program

Finding the perfect workout routine and training schedule is the fitness equivalent of finding the Holy Grail. Such a phenomenon does not exist. No two

Time for a little self evaluation: Are you fit? After all, you work out three to five times per week and have been doing so