Erika is an Oregon native who has a love for strength sports and pushing her body to the limit. She started her fitness career in 2006 as an avid rugby player and was the president of the Bend Lady Roughriders for a number of years. After 6 years in the sport, Erika retired due to an injury. In February 2012 she walked into CrossFit BreakThrough in Redmond, Oregon and fell in love with weightlifting. Erika competed in her first National qualifying strongman competition in August 2013 and since has competed in more than 10 shows. She has competed at both the national and international level, and became a sponsored athlete through Starting Strongman after taking first in her weight class at 2014 Nationals. In her free time, Erika enjoys Highland games, camping, hiking, and home improvement projects. Kadance, Erika’s 8-year-old daughter, keeps her busy, as does being a full-time real estate broker and part-time student at Oregon State University. Erika is currently studying for her Bachelor’s in Kinesiology and recently received her personal training certificate through NSCA. She is also a certified rugby referee. Erika is passionate about her career in the fitness community and hopes that her experiences and knowledge can motivate others. She held her first strongman seminar in Salem, Oregon in 2015 and has a passion for sharing the sport of strongman. 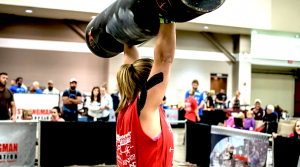 Athletes, You Need to Take a Break

As an athlete, it’s easy to get wrapped up in competing. Fitness activities seem to be happening all over the place these days. I know 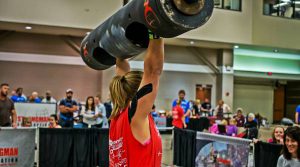 Whether you’re a beginner or an experienced strongman athlete, it’s impossible to have the exact equipment at home that you’ll use in competition. One of