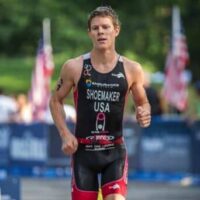 Jake Shoemaker has been involved in athletics his entire life. Growing up as the youngest of four, Jake played every sport imaginable, but eventually gravitated toward endurance sports during high school. As a swimmer and runner, Jake took up triathlon after watching his brother win the Under 23 World Championship in 2005 and developed a strong passion for the sport.

Jake graduated from Dartmouth College in 2012 with a degree in American History. While at college, Jake competed for the Cross Country and Track and Field teams. He also taught a swim class for faculty and students who were unable to swim.

Upon graduation, Jake earned his elite license to become a professional triathlete. At the same time, he also began a tenure as a youth mentor and tutor at a high school for under-resourced teens. Jake has extensive experience as a club swim coach, a cross country run coach, and a private triathlon coach.