With close to 20 years in the fitness and martial arts industry, James has taught, coached, and mentored clients and other trainers across the world from Los Angeles to Australia. After working as a trainer for many gyms in LA, he opened Team CrossFIt in 2008 as one of the first CrossFit gyms in Southern California. In 2014 he opened Takano Weightliftingwhich is now considered one of the top Olympic Weightlifting gyms in the country. James has personally trained over 1000 clients including many celebrities and his passion for helping others has not stopped. Along with general fitness training for weight loss, muscle gain, or athleticism, James is an expert trainer in CrossFit, Olympic Weightlifting, and Krav Maga self-defense. He is a Level 2 CrossFit trainer with over 8 years of coaching experience and a 2nd Dan Black Belt in Krav Maga with train the trainer status for the biggest organizations in the world. 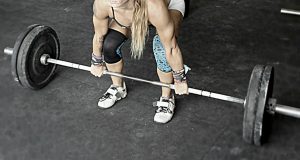 My background is as a founder of a CrossFit gym so, obviously I look at weightlifting with a slightly different perspective than someone preparing to