Katelyn DeVarennes grew up in Minnesota and for the past four years has been attending West Texas A&M University pursuing her degree in biology. She doesn’t refer to herself as an athlete, but she does describe herself and an ambassador for health and fitness. Katelyn started running her senior year of high school and completed her first full marathon a week after graduation. She loves distance running because it gives her an identity and it’s a hobby she can share with people all over the world. Katelyn’s favorite race is Grandma’s Marathon in Duluth, Minnesota. Her biggest running accomplishment was participating and fundraising for the One Run for Boston Relay in 2013 and 2014. Katelyn started a fitness blog for the Amarillo Globe News in January 2014 and decided it would be great content to try CrossFit and blog about her experience. After completing one of her first benchmark workouts, "Fran," she was hooked. She realized how far she could push her body, and she sees herself PR’ing every single day. She believes that our bodies were created to move, lift, and to be active. That is why she enjoys everything fitness related. 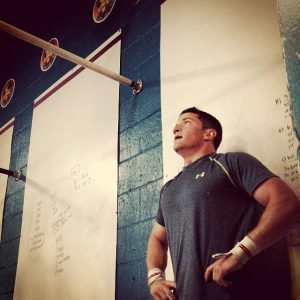 CrossFit’s mantra is “be better than yesterday” and there are a few specific members at your box that will help you achieve that goal. CrossFit