Mark Bixby is a Level 3 MovNat Certified Trainer and co-owner of Dynamic Fitness + MovNat in Santa Fe, New Mexico. He and his wife, Breaking Muscle contributor Keira Newton, have operated the gym since 2008. In addition to running the gym, Mark teaches history/literature and coaches varsity baseball at Santa Fe Prep School. Prior to moving to Santa Fe in 2001, Mark participated competitively in baseball, basketball, swimming, soccer and tennis. In 2000, he ran the Austin (Motorola) Marathon, but severe tendonitis in his knees forced him to think about training differently so he could maintain his training over the long haul. His foray into some alternative training methodologies brought him to kettlebells and the RKC in 2003. After doing the RKC Instructor Certification, Mark became a Senior RKC Instructor in 2012. In addition to the RKC, Mark is Level 2 FMS-certified and is also a PCC (Progressive Calisthenics) Instructor. Since discovering MovNat in 2012, Mark has worked with Erwan LeCorre to help bring natural movement to a larger audience. In October of 2015, Mark and Keira teamed with Erwan and MovNat to be the first gym in North America to implement MovNat's new Cube Equipment designed for gym use. 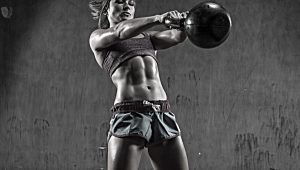 Dan John has called the farmer’s walk the King of Carries1. If you combine it with the walking press, you have a perfectly paired pull/push combo 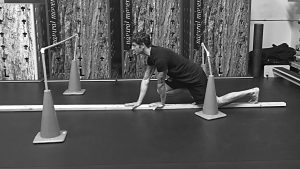 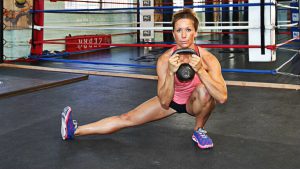 Generally when you train, you probably either move forward or stand in place. You might go for a run with some distant goal in mind, 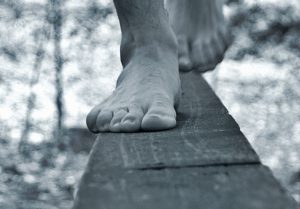 Set the Foundations: Include Balance Drills in Your Workout

Having trained with Pavel Tsatsouline and many of his expert instructors, I understood how barefoot training helps us master the proprioceptive link between the foot