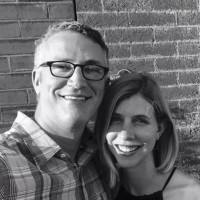 Seven years ago Matt’s first daughter was born and he realized quickly that 6’4” and 160lbs was not going to be sufficient to keep his little girl’s future boyfriends in line. Over the next three years, Matt focused on powerlifting and strongman training to become as imposing as possible.

2010 arrived and with a second daughter on the way, Matt realized that even though he’d gained seventy pounds, he was so out of shape and banged up that he’d never be able to keep up with two girls.Fortunately, Matt found BJJ, and specifically a team under Ezra Lenon, that quickly became his second family.

Matt’s blogging spans a wide-range of topics including strength and conditioning, teaching methods, learning methods, mind mapping, dieting, and a lot of gear reviews.Matt has been a regular contributor to Jiu Jitsu Magazine since 2013. He has also worked with Tap Cancer Out, MGinAction, Ciao Terra Online, and Rafael Lovato, and continues to guest blog at BJJ-themed websites. In his free time Matt has worked as a clinical pharmacist for the last fourteen years.