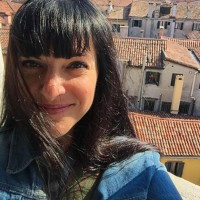 Melissa Joulwan is the author of the popular paleo recipe and lifestyle blog The Clothes Make The Girl and the cookbook Well Fed: Paleo Recipes For People Who Love To Eat. After a thyroidectomy in 2009, she became particularly interested in how diet affects hormones, body composition, mood, and motivation. In March 2012, her blog won “Best Healthy Cooking Blog” in The Kitchn’s Homie Awards. She is also the author of the memoir Rollergirl: Totally True Tales From The Track. Melissa also contributed meal plans to the upcoming book It Starts With Food and is currently co-writing Living Paleo For Dummies, to be published by Wiley in fall 2012.

A follower and a strong proponent of the Paleo diet since 2009, Melissa is a Whole9 Envoy Extraordinaire, one of a team of hand-picked advocates selected to evangelize for the Whole30, Whole9’s 30-day nutrition cleanup program. She is also a member of the Community Ambassador program for Experience Life magazine and has been featured in an "ask the expert" column. An experienced public speaker, Melissa participated in a panel at the PaleoFX conference in March 2012, and is a frequent presenter at gyms and healthcare facilities on the basics of adopting the paleo lifestyle.

Her favorite vegetable is cabbage. Her favorite spice is cumin. Her favorite book is Jane Eyre. Her favorite city is Prague, and her favorite band is Social Distortion. These days, her workouts are just as likely to include yoga and meditation, as lifting heavy things and trying to stay ahead of the CrossFit stopwatch. She lives in Austin, Texas, with her husband Dave and their cat Smudge.