Melony Dos Remedios is an "Aus-Merican" speaker, blogger, and coach who is passionate about continual improvement. Melony's experience as a personal trainer, NLP practitioner, professional fitness competitor, and improvisational actor give her a truly unique approach to coaching. She’s spent the last twenty years helping people achieve their lifestyle and business goals and has developed over three thousand personal trainers. She believes you can achieve success your way using your favourite approach and have some fun too. Growing up in a Florida high school in the USA was a struggle for Melony. She had trouble at home and was ruled by self-doubt. In some areas of her life she was achieving but mostly she was failing miserably, her confidence was rocked daily. Things started to change for her the day she put on running shoes and hit the road. On that run, she realized that instead of looking outside her for solutions and identity, she could look inside and find the answers she needed. This was the start of her beautiful relationships with exercise, not for fitness, but for self-belief. Slowly, she learned to focus on small achievements and with each win, she pulled herself up. Melony later became a professional fitness competitor and traveled around the US competing and representing a supplement company. She even found time to pursue her creative passion and performed improvised theater with some of the best on stage. This was the beginning of her presentation skills experience. Later, as a personal trainer her gift of gab and genuine interest in people’s stories allowed her to become one of the top producing PTs in New York City, where she met her Aussie husband. Melony was promoted into management and later implemented systems across the USA and eventually, Australia. She became a life coach and NLP practitioner and took her knowledge into the corporate world, where she taught presentation skills and corporate wellness and learned a lot about why some companies succeed and others don’t. Melony now wants to bring this knowledge back to the fitness industry. She started Fitness Faktor to coach gyms on their personal training business and opened a new concept group training studio with her husband and business partner. They have now purchased the Personal Training Academy, where she is the Culture Champion. 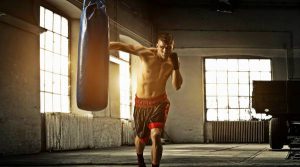 A Practical Guide to Training Intensity

This article was co-authored by Dominic dos Remedios. If you’re hardcore about your training, you’ll be familiar with the concept of pushing yourself relentlessly and 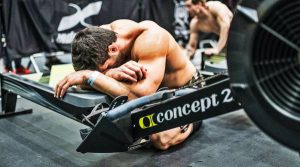 7 Ways to Break Out of a Training Rut

Wouldn’t you love to be able to bottle up your training motivation and have it on tap for whenever you need it? To be able