Rob is originally from Chicago, IL, USA. While growing up he was always involved in sport and fitness, playing football, baseball, and American football. In his teens he discovered weight training and began competing in bodybuilding, ultimately competing at the national level. He put himself through university working as a personal trainer and in 1998 he qualified with a Bachelor of Science in Exercise Physiology from the University of Illinois in Chicago. He continued his education at The National University of Health Sciences, receiving a Bachelor of Science in Human Biology in 2000 and a Doctorate of Chiropractic in 2002. Dr. Crowley practiced in the States from 2002-2008. He was Clinic Director in an inter-disciplinary clinic along side medical doctors, orthopaedic consultants, and physical therapists. He has been practicing in the UKsince 2008. Rob has extensive experience treating lower back pain, neck pain, shoulder, and knee pain, as well as other musculoskeletal conditions. His primary goal is to decrease pain and optimise function. He employs a number of techniques including manipulation, soft-tissue work, rehabilitative exercise, and kinesiology taping. Rob is RockDoc certified and is a part of the interdisciplinary Rocktape UK education team, teaching other musculoskeletal practitioners how to apply Rocktape kinesiology tape. He was a part of the 2014-2016 CrossFit Games Meridian Athlete Services Team, serving the past two years as the Clinical Team Lead. He is a competitive CrossFit athlete himself and a Level 1 coach at CrossFit Gain, where he also practices. 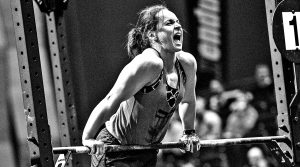 In Pain? How to Assemble a Winning Team for Your Rehab

You wake up in the middle of the night and your shoulder is screaming as you lie on it. In the morning, you can barely