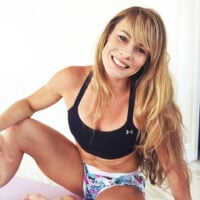 Sophia Drysdale's sporting career started as a jazz ballet dancer when she was four years old. At eleven, Sophia began gymnastics with her twin sister where both girls trained in the elite squad at their gym for almost ten years.

In 2002, Sophia began Brazilian jiu jitsu (BJJ), a martial art that focuses on ground technique and grappling. Sophia was awarded her black belt in 2010, making her the first Australian female to receive a Black Belt in the sport of Brazilian jiu jitsu. During her BJJ career Sophia competed nationally and internationally, earning multiple state, national, Pan-Pacific, Pacific, and Pan-American titles, as well multiple No Gi World Champion titles, and a World Champion title. Her competitive career has taken her throughout Australia, the United States, Japan, Brazil, and Europe. She currently lives in Las Vegas, Nevada, USA.

Sophia is now competing in Figure shows. She holds the distinction of being the Overall Unlimited Champion in the Figure division for the NPC federation.

She has worked as a personal trainer specializing in functional training for athletes and nutrition for more than a decade. Today, Sophia travels the world to teach BJJ, women's self-defense, as well as coaching locally in Las Vegas.

Sophia also teaches nutrition seminars and has written an nutrition eBook on easy everyday nutrition. Sophia is a mother of two daughters, and islaunching her own home workout series aimed at women who have had babies or who are going through a pregnancy.