From an early age Stefan Gehrig has had a keen interest in all manner of sports, with a particular focus on health and fitness. While growing up, Stefan competed in a number of sports before catching the CrossFit bug in the summer of 2010. Since then, Stefan has been training CrossFit-style five days per week and competed in the 2012 World CrossFit Games in Los Angeles with his team, CrossFit Melbourne, where they finished ninth. In addition to his impressive athletic resume, Stefan has a completed a Ph.D in Muscle Biology from the University of Melbourne and has published numerous peer-reviewed articles about muscle disease and therapies, including a first-author publication in Nature. Stefan has a particular passion for communicating what the latest scientific findings mean for a health and fitness audience. In mid-2011, Stefan founded King Kong Apparel, a business that started by specializing in premium gym bags for CrossFit athletes, but has grow into a range of Crossfit gym gear and apparel. You can follow King Kong Apparel on Facebook, Twitter, or Instagram. 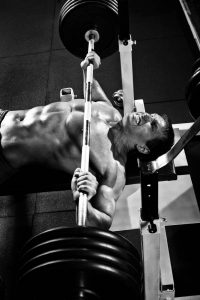 Once You’ve Used Steroids, Is It Possible to Ever Compete Clean Again?

With such a provocative title, this article is not going to be preaching the virtues of drug-free sport. Rather, it will be discussing the long-term