Stephanie Case, 29, is an avid ultrarunner who discovered her love of the sport from her very first race…and has not taken her running shoes off since! In February 2008, Case entered RacingThePlanet’s 250km self-supported footrace in Vietnam with the goal of merely finishing. She endured six days of running on muddy trails and through swamped rice fields during the country’s worst period of weather in 40 years, all while carrying 20 pounds of gear on her back. Despite being the clear rookie in the pack, Case surprised everyone in the event – including herself – by winning the female category and placing amongst the top three overall. Under the expert guidance of fellow Canadian ultrarunner Ray Zahab, Case has continued to excel in both regional and international ultramarathons. Case’s top accomplishments include 1st place in RacingThePlanet’s 250km race in Nepal (2011), 2nd place in RacingThePlanet’s 250km race in the Australian outback (2010), and 1st place in the prestigious Vermont 100 Mile Endurance Run (2009). She has also battled against the largest sand dunes in the world in a week-long race in the Namibian desert and explored remote Northern regions of Canada in an elite charity run. When she is not running, Case is actively pursuing her career in international human rights. She has been volunteering and working for international organizations in the field since 2002, including working with refugees in Malaysia, street workers in Rwanda, and political prisoners in Ethiopia. Case has also taught Buddhist monks in Thailand, lived alongside indigenous communities in the Amazon jungle, and led high-profile missions to Kenya and Syria. Case is currently working as a legal officer for the UN Assistance Mission in Afghanistan, where she tries to find creative ways to train while living on lockdown inside her compound in a war zone! Case’s major planned event for 2012 is the Ultra-Trail du Mont-Blanc: a 100 mile, non-stop race over the French, Swiss, and Italian Alps in which only 8% of the 2,300 competitors are female. Case’s running adventures can be followed on her blog, where she provides advice, insight, and laughter to runners and non-runners alike: Ultrarunner Girl Profile photo courtesy of www.racingtheplanet.com/ Zandy Mangold. 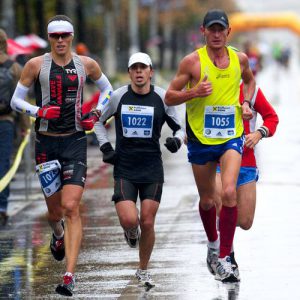 Size Doesn’t Matter – But Your Technique Does (For Running, That Is)

When I signed up for my first ultramarathon, I started training like crazy. I hired a personal trainer and a strength coach to kick my butt 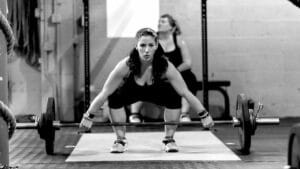