Susan grew up in a highly competitive sports environment with an emphasis on good, healthy, home-cooked meals from her mother’s kitchen. While spending her youth and young adulthood being a competitive athlete and watching her mother cook every night, she eventually developed her own passion for cooking and nutrition. This eventually led her to obtaining her bachelor’s degree in Culinary Management from Le Cordon Bleu. With a degree in the culinary arts and a new love for the endurance world, she started Endurance Zone so she could fill the void of what real food, for real athletes should be like. Her motto is, “Food for performance is not diet food, and sure shouldn’t taste like it.” When Susan is not in the kitchen coming up with new recipes for endurance athletes, she has been known to train for and complete an Ironman race, several half marathons, both trail and road marathons, and kayak challenges. She is currently venturing into the world of ultra-trail races and mountain biking. 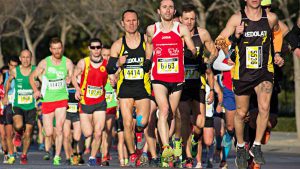 When most runners decide to tackle a marathon, they usually either find a training plan online or hire a coach to help get them to 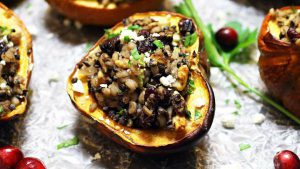 The last few weeks of 2015 are upon us. Now is the time I try to be especially conscious of what I’m eating and creating