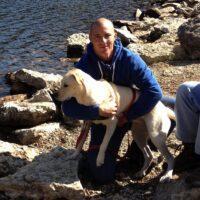 Tom has a long history with sport and exercise, starting in the fourth grade when he touched his first barbell and stepped on the wrestling mat for the first time. He was a three-time state qualifier for Wadsworth High School, placing third in his senior year. Tom continued his wrestling career at Ohio University and earned a bachelors degree in accounting in 2000.

Tom then went onto work as a financial statement auditor for a prestigious public accounting firm. It didn’t take him long to realize that he wasn’t meant to be wearing a suit and sitting at a desk all day long, so he decided to go back to school. In 2003, he earned his Masters degree in exercise science from Cleveland State University and his CSCS from the NSCA.

Tom has been working in the fitness industry ever since. He worked as a personal trainer for nearly four years before starting his current position as co-owner and head coach at Seryak Strength & Conditioning, a small private training facility located in Dublin, Ohio. His gym was the second CrossFit affiliate in the Columbus area, but in 2010 they dropped their affiliation in pursuit of a safer, healthier, and more sustainable program and service. Tom’s physical preparedness program prioritizes readiness, the ability to express fitness at any given moment. It provides a training dose that strikes a balance between health and performance and encourages adequate restoration.

You can learn more about Tom’s program by visiting Seryak Strength.