Beta-alanine is a popular pre-workout supplement commonly used to enhance performance. In a recent study in the Journal of the International Society of Sports Nutrition, researchers put this supplement to the test and found it might have more benefits than previously thought, specifically for special forces operators.

Carnosine has two known major effects. First, it acts as an acid-buffering agent. During times of shifts in acid balance in the body, carnosine assists in maintaining homeostasis. It also acts as an antioxidant. This means that it helps to protect you during times of oxidative stress.

As a result, it’s little surprise that beta-alanine has had some success in the scientific literature as an ergogenic aid, which means it improves exercise performance. This is especially true during intense short-term exercise, when acid levels and oxidative stress are at their highest.

So while we have a decent idea of the benefits of beta-alanine supplementation on physical performance, these benefits may also extend to the mind. The same energy-promoting and stress-resistant qualities could very well apply to your brain, but this has yet to be determined. Such benefits could apply in particular to soldiers, first responders, and anyone else whose job or sport requires a high level of tactical thinking.

The participants of the study were soldiers who were part of an elite combat unit. These soldiers were regularly expected to perform physically and mentally while in a state of fatigue. Some of the soldiers consumed two grams of beta-alanine three times per day. Some consumed similar-looking placebo pills for 28 days. Both groups continued with their regular training.

Before and after the four weeks of supplementing, the soldiers performed a battery of tests including jumping, shooting, sprinting, and math. The tests were performed after a four-kilometer run, which was intended to induce fatigue. 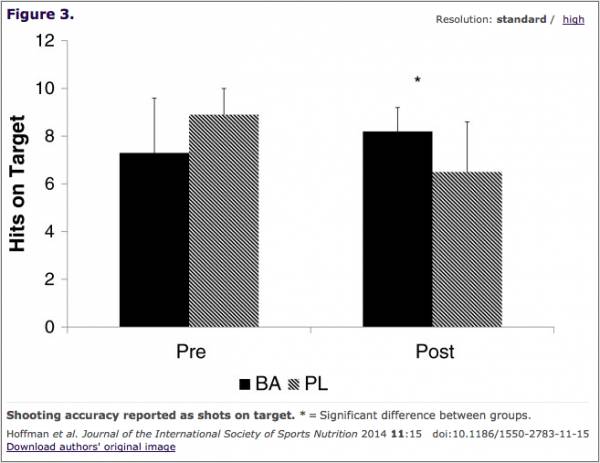 Unfortunately the beta-alanine did not improve the scores in the cognitive testing over placebo. The good news is, it did improve performance on every other test. The soldiers were faster, more powerful, and more accurate when taking beta-alanine than they were when not using the supplement.

While we have further support of the effectiveness of beta-alanine as a performance enhancer of the body, the jury is still out on its effects on the brain. While this study found no support on greater mental function in the face of fatigue, it was the first study of its kind, so it had some limitations. Future studies may find otherwise.