Biomechanics and ‘Bells: What Does It All Mean?

Dr. Jason Lake takes us on a little journey to explain biomechanics and some basic terminology. In this article he talks about the kettlebell swing and the physics behind it.

I love my job! I teach and study sport and exercise biomechanics. It feels more like a hobby than a job, and the fact that I get paid to do it is a bonus. My research focuses on the mechanical demands of resistance exercise, and my own training interests have influenced this. In this article I want to combine my teaching head and research head to go over some of the basic terminology used in sports biomechanics research using examples from my research into kettlebell exercise mechanics.

Recently a colleague, Dr. Mike Lauder, and I published two kettlebell related research papers. Indeed, our sports biomechanics laboratory at the University of Chichester, here in the United Kingdom, is one of only two that I’m aware of currently studying the biomechanics of kettlebell exercise. Breaking Muscle contributor, Andrew Read, recently presented an excellent review of our second study, which was a training study that quantified the effect of six weeks of bi-weekly swing training on maximum and explosive strength. I’d urge interested readers to take a look, although the study essentially showed this training program improved maximum strength by about 10% and explosive strength by about 20%. However, it’s our first kettlebell related study that I want to focus on in this article, and I want to use it to provide a foundation to clarify what we’ve studied, why we’ve studied it, and what our results mean.

Our first study was titled: “Mechanical demands of two-handed kettlebell swing exercise.” Sounds very exciting, if you like that sort of thing, but what does it mean? This is a good question from which the other points I want to cover can be answered. Simplistically, mechanical demands refers to the biomechanics of the exercise. First things first though. Let’s make sure we don’t leave anybody behind and begin this next section with a couple basic definitions, the first of which should focus on just what biomechanics is.

Sure, we’ve all heard of biomechanics, possibly used it in training related conversation, but let’s make sure we know what it means. According to Bartlett (2007), sports biomechanics is: “…the study and analysis of human movement patterns in sport,” and we use mechanics – a branch of physics – to study these. To quantify the mechanical demands of the swing we decided to measure how far and how fast the kettlebell moved and what underpinned this. In this case all of these measures represent a human movement pattern, and plotted against time provide a record of that movement that can provide important information if you know what you’re looking at.

How Far, How Quickly?

Okay, now it’s time for definitions two and three. To describe the motion of an object in a given direction we use displacement, how fast it moves in a given direction, velocity. These are excellent examples of a human movement pattern, and the direction component is important because swing movement is relatively unique because of the way horizontal (forward and backward) and vertical (up and down) motion combines. I would go as far as saying it is a combination of this movement pattern and its movement velocity that led to significant improvements in both maximum and explosive strength seen in our training study.

The trajectory, or flight path, of the kettlebell can be obtained by plotting vertical displacement against horizontal displacement, and typical kettlebell trajectory is displayed in Figure 1 below. To give you an idea of what this means, the total kettlebell displacement was equal to about 71% of the subjects height, or about 128 cm, and the ‘bell produced an arc-like trajectory. I say ‘resultant’ because we were aiming for maximum impact, which tends to require getting to the point, so rather than report both horizontal (forward and backward) and vertical displacements individually we calculated and presented the resultant. This is calculated in much the same way one might calculate the hypotenuse of a right-sided triangle (the adjacent side would be the horizontal, the opposite the vertical displacement for the kettlebell swing). We studied 16, 24, and 32 kg swing performance, and load didn’t affect this displacement. Figures, when you think about it. Of course, there will come a point when load will effect displacement, but for our subjects 32 kg wasn’t it. However, their swing performance did slow (by about 12%) as load increased. 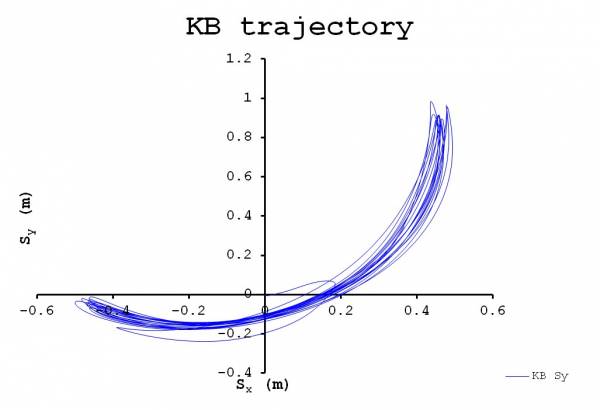 Not the Whole Picture

This may have important implications, from a training perspective, but this is the outcome. We need a little more insight to achieve a more rounded picture of the effect on movement mechanics, which will ultimately influence one’s training response. We can find this out by studying the force that’s required to cause this unique movement pattern.

What causes this relatively unique movement pattern? To get to the bottom of this we’ll need to get a few more definitions out of the way. Let’s start with one we’ve all heard of: force. There’s lots of different ways to define force. However, force is essentially how hard one pushes or pulls another object. Remember Newton’s Law of Motion? According to his second law, force is the product of mass and acceleration, or: F = ma. Therefore, we apply force by simply standing still. However, it’s the force that causes motion that we tend to be most interested in and from a sport or exercise perspective study of force with respect to time is the way to go. One way of doing this is to study impulse. 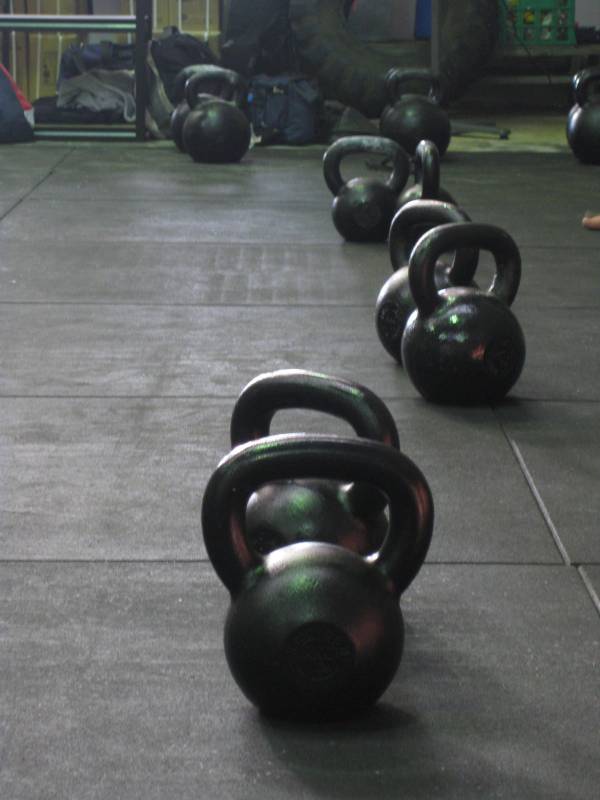 Impulse takes this a stage further, considering both how hard one pulls or pushes and the amount of time it’s applied. According to Newton’s Second Law of Motion, impulse (force * time) is equal to the change in momentum. Momentum seems to be one of those terms that are used to describe all sorts of things. In a mechanical context though, it describes the product of an objects mass and velocity. Because the mass of the kettlebell and lifter remain constant, impulse describes the change in their combined velocity. Motion is underpinned by impulse. No impulse = no motion. Its study provides far greater insight into the mechanical demands of a movement. Our results showed that combined horizontal and vertical impulse was maximized during swing performance with 32 kg, beating both back and jump squat equivalents.

So, we now know what biomechanics is. We also know how we use it to study one of our favorite bits of exercise equipment. If anybody feels a nosebleed coming on please get in touch, especially if you plan to follow future articles that will expand on the application of biomechanics to strength and conditioning.