Camp Is Campy: Why I Love Teaching Women’s Grappling Camp

Who doesn’t love camp? You get to do fun things and make new friends. For the adult, female grapplers out there, you can STILL go to camp – Women’s Grappling Camp.

I don’t typically look to dictionaries when I want to define a term. But I had to follow up on one of the definitions I found of “camp” on dictionary.com:

Well, on behalf of Women’s Grappling, which is composed of myself, Emily Kwok, and Lola Newsom, and which is hosting its latest five-day camp at Paragon BJJ in San Luis Obispo, CA, August 1-5, I’d like to invite dictionary.com to stop peeking at the early drafts of our mission statement. While we are not “consciously artificial,” perhaps, there is quite a bit of “self-parodying,” and, speaking for myself, much of this is in “dubious taste.”

All this being said, we do believe we exist for a nobler purpose. We have observed this as well, as part of our leadership of over twelve three- and five-day camps on both coasts, in the Midwest, and in Canada, since 2009.

There’s something about camp – we’re talking about the sleep-away definition now – that seems to create the conditions for magic to happen. People, in this case women who like to grapple, remove themselves from their usual contexts, responsibilities, and identities. They get to foreground parts of themselves that might not get as much voice in “normal” circumstances, and they get to indulge their love of BJJ. And they trust us to help them have a positive experience, learn some new technical sequences, and maybe make a friend or two.

At least, that’s what they seem to expect upon arrival, and that’s what we have traditionally encouraged them to expect, because that’s what we can reasonably promise: creating the context, providing the guidance, and encouraging the behavior through which these things can happen.

But if we do say so ourselves, so much more than that tends to happen. And in all honesty, there’s an element of mystery, even to us, about how. Our slogan is “Self Actualize through Brazilian Jiu Jitsu,” and what we do know is that by the end of camp, most, if not all participants, ourselves included, have taken a huge step in that direction. 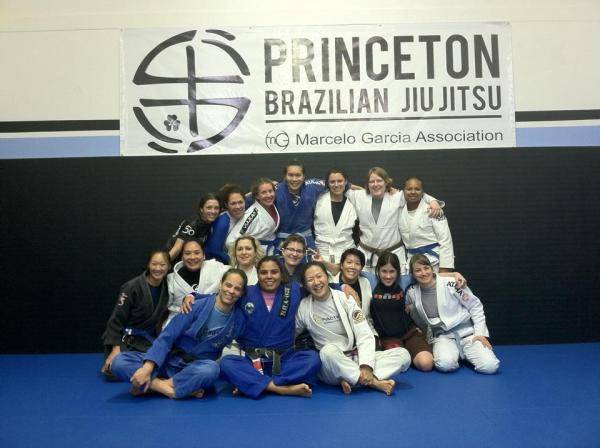 It’s about more than techniques. Just as BJJ is about life, camp is about the whole female grappler, body, mind, and soul. Most of the women who come to camp bond, with the entire group, with each other, with the three of us leading it. They feel safe allowing their vulnerabilities to show. And it doesn’t hurt that they laugh, eat, win prizes, and take advantage of the local amenities in the bargain. (As an aside about our upcoming camp, San Luis Obispo has been identified as the happiest city in America. You do the math.)