Conventional thinking says carbohydrates are the preferred energy source for athletes. In a general sense, that is true. Most sports involve a series of quick-burst, high-intensity actions, some over an extended period of time. Carbohydrate intake provides the fuel for this in the form of circulating blood glucose and stored muscle glycogen.

Low-carb dieting is the popular choice of many. But what about athletes? Wouldn’t a low-carb diet be detrimental to their performance? You’d think so, but let’s take a look at a study presented at the annual ACSM meeting that examined the effects of a low-carb/high-fat diet in conjunction with ultra marathoners.

Will your low-carb diet leave you too gassed to perform?

The intent of the study was to compare two groups of ultra marathoners in regards to their rates of maximal fat oxidation. One group consumed a low-carb/high-fat diet (LCD) and the other a high-carb/low-fat diet (HCD). Prior research suggested the maximal rate of fat oxidation was less than one gram per minute. However, this had not been examined in high-level athletes following a restricted carb diet. 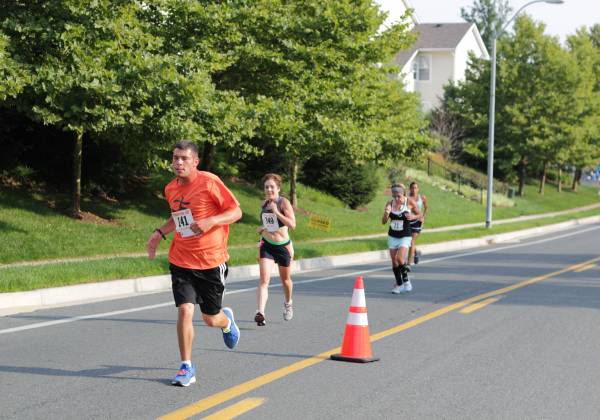 To determine top aerobic capacity (in terms of VO2max), a high-speed treadmill was used. Each subject performed a maximal capacity exercise test. The intervals were two minutes in length and graded. Subjects ran until volitional fatigue while indirect calorimetry was measured. This means the researchers measured the gasses breathed in and out by the athletes and used that information to assess the energy substrates being used.

All that said another way: This study consisted of a group of twenty equal-ability males divided into low carb and high carb diets. Both groups were tested to maximal fatigue on a treadmill while breathing into a facemask.

So what were the results? Well, there were no significant differences in VO2max (aerobic capacity) occurred between the groups (HCD = 64.3 and LCD = 64.7 in ml/kg/min).

However, there was a significant difference in these measures:

What You Can Take From This Study

Surprisingly, elite ultra-marathoners who consumed a low-carb and high-fat diet experienced significant increases in maximal fat oxidation. The results were at least 50% greater than the highest rates ever reported. Wow. Talk about contradicting conventional wisdom.

“Your performance is contingent on many factors. It’s not solely based on the amount and ratio of carbs and fat you consume.”

Based on this study, using chronic aerobic training by high-level ultra-marathon athletes, LCD diets can facilitate fat oxidation better than conventional attempts. But before jumping to conclusions, lowering your carb intake, and increasing your fat intake, please consider that we need to see more studies like these:

Low-carb/high-fat diets may work, but you also need to consider the energy needs of your sport or activity, your ability to train and compete at a maximum level, your gender, and your goal of gaining, losing, or maintaining body fat. Your performance is contingent on many factors. It’s not solely based on the amount and ratio of carbs and fat you consume.