I know, you’re thinking 1) what a strange topic and 2) teach cells? What? Well, there are plenty topics to perform research on and we all know when it comes to fitness and weight loss anything goes, including this.

Before I get into details of this study at the University of California, San Francisco (UCSF), let’s identify two types of fat in the human body: white and brown fat.

White fat is the adipose fat found below the skin (subcutaneous) and around the organs (visceral). It is essentially the fat stored on the body when there is a calorie surplus. It is the fat that humans attempt to “lose” when embarking on a weight-loss program.

Brown fat is a specialized form of adipose fat found primarily around the neck and large blood vessels of the thorax. Brown fat is actually more closely related to muscle than to white fat. It becomes activated when one becomes cold. Activated brown fat uses white fat as fuel. It does so inefficiently, thus it consumes a lot of white fat in the process of producing heat.

Despite the known function of brown fat as heat producer, the UCSF investigators discovered a protein called PRDM16, found in both men and mice, can “re-wire” fat cells. PRDM16 converts fat cells from white fat into calorie-burning brown fat. They stumbled upon this finding while investigating a drug given to people with diabetes.

The discovery of PRDM16 could possibly target it as a future obesity drug, though they would have to prove it both safe and effective (like other purported weight-loss drugs). As we already know some existing drugs try to restrict the intake of calories, by blocking the absorption of fat in the gut or by suppressing appetite. PRDM16 would represent a completely different approach to weight loss.

Shingo Kajimura, PhD, who guided the research in the Diabetes Center and the Department of Cell & Tissue Biology at the UCSF stated, “If you think about the energy balance, the other way to tackle obesity is through energy expenditure.” This is why one of the most sensible approaches to fat loss is high-calorie demand exercise and a caloric deficit.

But, of course, we all seek the magic pill for weight loss, so let’s analyze the potential of brown fat. Scientists believe brown fat originally evolved in early mammals as a defense against the cold. It helped them maintain body temperature and survive in extreme environmental conditions when faced with possible death. However, not all animals share this ability.

Animals like lizards are “cold blooded” or exothermic. They maintain their body temperature solely through external means such as sunbathing at certain times of the day and huddling in warm confines at night. This explains why lizards, so abundant in tropical climates, are far more rare in cold climates. On the other hand, “warm-blooded” mammals are endothermic. They produce heat internally by shivering, sweating, and regulating the size of their blood vessels. Brown fat also contributes by burning fatty acids, which warms the blood passing through vessels and consequently heats the body.

It was originally believed new brown fat cells were only made in infants. We now know that the human body is capable of creating new brown fat cells throughout life. In recent years, doctors also have discovered the amount of brown fat in the body is inversely proportional to the likelihood of obesity. That is, the more brown fat one has, the less likely they are obese.

Okay, so is brown fat now the new “gotta have it” for safe weight loss? It just might be.

Brown fat for weight loss became alluring after clinical evidence showed that certain drugs could alter the amount of it in humans. Specifically, a common class of drugs given to people with diabetes called PPAR-gamma ligands has been shown to increase brown fat. However, researchers never clearly understood why, until now. 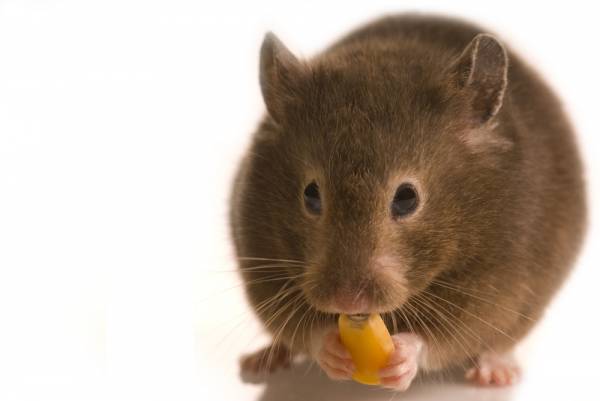 Kajimura and his UCSF colleagues have demonstrated how it works. Their research showed that PPAR-gamma interacts with the aforementioned PRDM16, making it more stable and leading to its accumulation inside cells – at least in mice. It essentially flips a genetic switch and converts white fat cells to brown. The question, however, is whether it is possible to do this in humans as well, and if so, how. While new drugs that target this protein may be years away, knowing the target may speed their development.

Kajimura concluded, “At this point in time, the question is no longer how do we make brown fat, but can we simply stabilize this protein?”

While researchers seek the bottom line on brown fat, PRDM16, and PPAR-gamma for expediting fat loss, I recommend sticking to what we know that truly works: creating a calorie deficit through proper nutritional intake and performing sensible exercise. I know it’s not exciting and complicated, but it will take you a long way on your pursuit of shedding body fat until the brown fat approach becomes practical.